A Hilarious True Story of a Possessed Hellhound 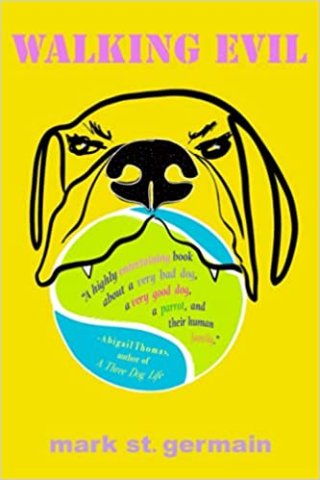 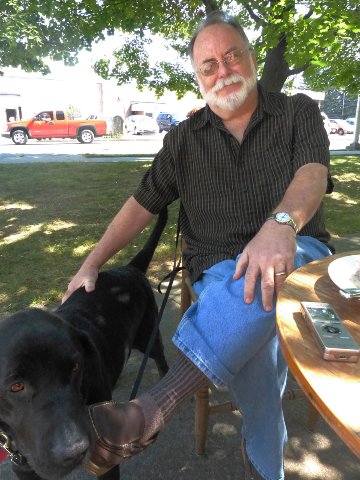 Near the end of the run of Freud’s Last Session in 2009, one of several plays by Mark St. Germain to premiere at Barrington Stage Company, we met for breakfast.

The agenda was an interview related to a successful run of the play. It veered off to expanded thoughts on a life in theatre. Then swung around to the generally complex and problematic relationship between theatre professionals and critics.

There is some latitude to interviews which are regarded as having different premises from reviews. The cordial conversation for a preview can be anything but in the subsequent review.

It is not uncommon for reviewers to provide notes to the playwright and director. Not content to critique the work they want to have a part in reshaping the production.

After a production is “frozen” on opening night it is usual for theatre professionals not to read reviews or save that until after the play closes. Even with that strategy of avoidance, inevitably the best and worst of the reviews are conveyed. Publicists scour reviews for pull out lines for PR and advertising.

In the Biblical sense of the lion laying down with the lamb, many more lunches would follow. That entailed discussions of works in progress. They have been invaluable to a greater understanding of theatre and the creative process.

What I most appreciate about unique access is its informal, understated, ebb and flow. Lunch with Mark can be as entertaining, amusing, poignant and insightful as being in the audience for one of his plays. I often feel that he speaks to me in the naturalistic cadence of the characters on stage. In that sense all works of art may be regarded as autobiographical. Researching or coming to know the creator helps in understanding the work.

Some time back he provided a PDF of what proved to be his first non theatrical publication.

Recently he sent me a copy of Walking Evil which is best described as comedic non fiction.

It was snatched by my wife Astrid who, for three days, could be heard laughing in the bedroom. She is an avid and fast reader while I am anything but.

While a slim volume, just 114 pages, it took a couple of weeks for me to finish. Generally after breakfast, and the day’s work ahead, I opted to read one chapter. It was her turn to hear me doubled over in laughter.

The conversational style of the writing simulated those many wonderful lunches. It felt like Mark was talking with me. Much of what is in the book reflected fragments of conversations over the past few years. They have been difficult ones as we learn when the end of the book morphs from hilarious to dark. I choked back tears reading about the demise of his beloved big black lab named Sarge.

It was my great pleasure to meet Sarge during a brunch at Dottie’s which is within walking distance from Barrington Stage. The comfort and intimacy between them was abundantly evident.

If Sarge was indeed Mark’s best friend, Evie his ex-wife Emma’s beloved pet, was a hellhound he aptly refers to as Evil.

The third member of the menagerie is the parrot Charlie. He is Mark’s muse and companion in the writer’s room. It seems that the bird is a brilliant mimic. With Evil in attack mode Charlie barks back in perfect cadence.

With uncanny persistence Evil truly despised Mark. With macabre genius the “pet” devised every means possible to display its enmity.

You will double over laughing as Mark leaves a doggie trail of devilish canine pranks and stunts.

There is a hilarious litany of attempts to come to grips with the untenable situation. The best possible and most expensive animal trainers admitted total defeat but demanded to be paid.

Having run through these trainers like pricey speed dates he finally engaged the ultimate mutt buster. This dude used an electric collar. When the cur misbehaves the result is a zap of juice. Responding to commands earns treats.

This passage of the book reminded me of  Milgram’s Obedience to Authority. With the difference that the jolts were for real. Even at max blast it seems that Evil was unfazed.

Perhaps the dog was possessed by the devil and a priest was approached to perform an exorcism. The prelate stated that there was no such precedent. Mark countered, to no avail, while profoundly quoting Biblical case studies. Yet again the Church failed in a time of need.

Another approach was consulting a psychic. Perhaps Evil represented a reincarnated individual. After lining the palm with silver the best insight from the conjurer of spirits was  that Mark’s marriage was over. This was truth and wisdom from an improbable source.

While Emma insisted that Evie was sweet and cute she seemed oblivious to the chaos. We are aghast as Evil destroys motel rooms with the zest of Led Zeppelin or The Who on tour. Rental cars are trashed. Evil as Houdini incarnated escapes from cages and fences.

All of which is hilarious but also sadly true. In the end Evil won and a marriage of 35 years failed. The insight of the book is never bet against the hound.