WAM Theatre's US premiere of KAMLOOPA 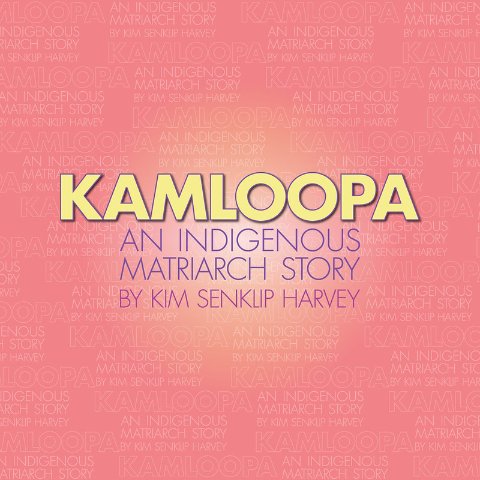 “When I read KAMLOOPA, I got goosebumps and knew immediately that it was a play our WAMily would love,” exclaimed WAM Producing Artistic Director Kristen van Ginhoven. ”With its magical realism, its heart, its activism and its ceremony, KAMLOOPA is the perfect play to close out our 2021 season.”

Come along for the ride to KAMLOOPA, the largest powwow on the West Coast. This high energy comedy follows two urban Indigenous sisters and their encounter with a lawless trickster, as they explore what it means to honor who they are and where they come from. Follow their journey in this captivating, contemporary new play, as the courageous sisters turn to the ancestors for help to reclaim their power.

The play opens on Indigenous People’s Weekend, and  in line with WAM’s philanthropic mission and accountability work, a portion of proceeds from KAMLOOPA will be donated to women and girls initiatives of the Cultural Affairs office of the Stockbridge-Munsee Band of the Mohican Tribe, upon whose lands WAM lives and works.

Harvey is Syilx and Tsilhqot'in with Ancestral ties to the Dakelh, Secwepemc, and Ktunaxa communities. In May 2021, she became the first Indigenous playwright to win Canada’s prestigious Governor General’s Award for English Language Drama. The judges said: “The brilliance, the irreverence, the fire of KAMLOOPA sweeps us into the world of three Indigenous women on a mind-bending quest. The audience is seduced by the love, humour and depth of these matriarchs as they embrace and celebrate who they are in the world and with each other.”

Playwright Kim Senklip Harvey explains: “I created KAMLOOPA to ignite the power that lives within Indigenous femmes and peoples. This transformation story is an offer for all of us to be bold and passionate about having the courage to fully become ourselves.”

Director Estefanía Fadul agrees, stating that: “WAM’s mission of combining arts and activism and creating theatre that centers women could not align more with my own work. I am grateful to call WAM one of my artistic homes and am excited to return to direct Kim’s beautifully visceral play. From the moment I read it, the journey of the three women at the heart of the story, as they struggle to define their identities within a diaspora, resonated deeply with me. It's a story of sisters, of coming into one's own power, and finding one's place within a larger community. It is told with so much joy, heart, and imagination, and I cannot wait to share it with audiences.”

Three Indigenous actors are making their WAM Theatre debuts in KAMLOOPA. Sarah B. Dennison (Soledad at the American Indian Community House in partnership with Carnegie Hall; The Assasination of J Kaaisar at Theatre for the New City), a New York-based actor, writer, and director, originally from the Spokane Reservation, will be playing the role of Kilawna. Jasmine Rochelle Godspeed  (Leonora’s World and the touring production of Leonora and Aljehandro in collaboration with Double Edge Theatre) a Massachusetts based Native American actor and playwright from the Nipmuc Nation will be playing Indian Friend #1 (Edith), and Ria Nez (Mother Courage and Her Children and The Last Days Of Judas Iscariot both at the Frederick Loewe Theater), an Indigenous (Nahautl) actress, director and artist based in New York, will play Mikaya.

Returning artists include company dramaturg Tatiana Godfrey; Stage Manager Amanda Nita Luke, who served in the same capacity this season for WAM’s online reading of The Light; and costume designer Calypso Michelet, who was the Assistant Costume Designer for WAM’s 2020 streaming production of ROE. Making their WAM debuts on this production are lighting designer Emma Deane, sound designer Caroline Eng, and costume designer Lux Haac, whose work was last seen in the Berkshires in Barrington Stage Company’s 2018 production of Well Intentioned White People.

For tickets to the live performance or digital stream of KAMLOOPA please call (413) 637-3353 or visit WAM online here. For more information about the 2021 Season and WAM Theatre’s programs, events, and artists, please visit www.WAMTheatre.com.

Sarah B. Dennison as Kilawna

Available for digital streaming (US only) November 1-7, 2021

For tickets call (413) 637-3353 or visit WAM online at https://www.wamtheatre.com/showsandevents/kamloopa/.

In line with WAM’s philanthropic mission and accountability work, a portion of proceeds from KAMLOOPA will be donated to women and girls initiatives of the Cultural Affairs office of the Stockbridge-Munsee Band of the Mohican Tribe, upon whose lands WAM lives and works.

AUDIENCE ADVISORY: KAMLOOPA explores themes of Native erasure, Indigenous stereotypes, and intergenerational trauma through hilarious and contemporary dialogue. Due to the use of profanity, drinking, and thematic elements listed above, WAM recommends this play for audiences high school aged and older.

For more information about KAMLOOPA and the artists, please visit https://www.wamtheatre.com/showsandevents/kamloopa/

Kim Senklip Harvey (she/her) is Syilx, and Tsilhqot'in with Ancestral ties to the Dakelh, Secwepemc and Ktunaxa communities.  She is a Indigenous Theorist, Cultural Evolutionist and storyteller whose work focuses on the ignition of Indigenous power and innovating methodological processes with artistic sovereignty to create joy centered narratives that nourish the spirits of peoples oppressed by the imperial state. Kim creates artistic ceremonies to protect and evolve Indigenous cultures and believes that stories are the most powerful tool we have to provide every organism the opportunity to live peacefully. Kim is currently working on a tv adaptation of Kamloopa, 2021 winner of Canada’s prestigious Governor General’s Award for Drama. She is completing her first book entitled Interiors: Love Stories from a Salish Plateau Dirtbag and is in the creation of her next artistic ceremony Break Horizons: A Rocking Indigenous Justice Ceremony. She is in her final year of her Masters in Creative Writing at the University of Victoria and all of her work is with respect to her Ancestors and for the future generations, whom we owe so much. Connect: www.kimsenklipharvey.com

Jasmine Rochelle Goodspeed (she/they) is a Massachusetts based Native American actor and playwright from the Nipmuc Nation. Having produced and written a musical titled 1675 about the Tragedy of King Philip’s War and Deer Island at Umass Amherst, Jasmine aspires to create theatre that uplifts Native stories. Her passion lies in classical and musical theatre. Current Role with WAM: Edith/IFN1 in Kamloopa WAM Theatre: debut. Theatre Credits Elsewhere: Jasmine was a featured artist as both an actor and director in the 2020 NYC Safe Harbors Native Directors showcase, as well as projects with the group throughout the pandemic. Pre-Pandemic, Jasmine was in collaboration with Double Edge Theatre for both Leonora’s World (2019) and the touring production of Leonora and Aljehandro (2020).  Some past roles also include: Winnifred in Once Upon a Mattress, Louisa in The Fantastiks, and Eliza in My Fair Lady. Selected training: University of Massachusetts, Amherst (BA in Theatre, & English), Five College Certificate in Native American Studies. Training at AMDA NYC.