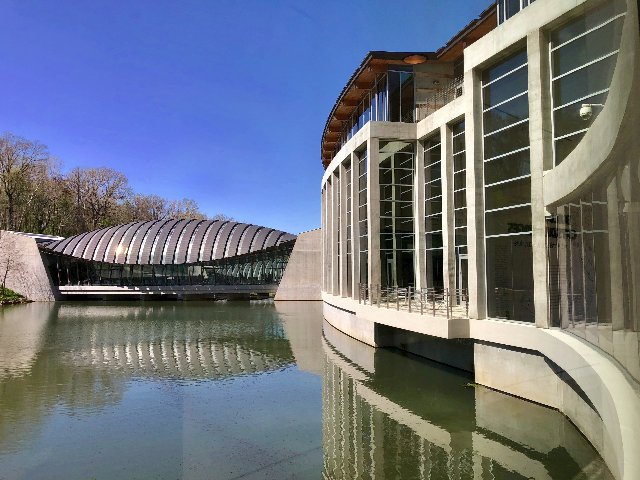 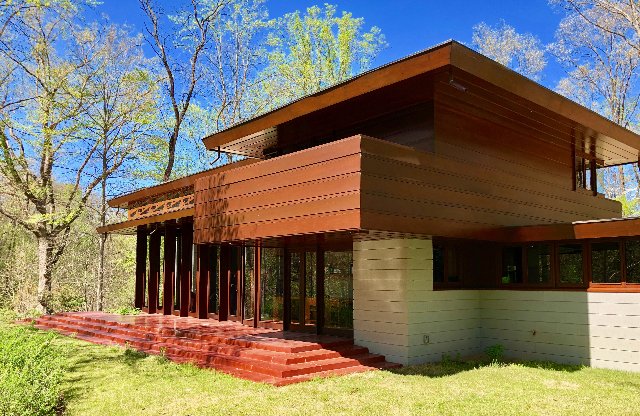 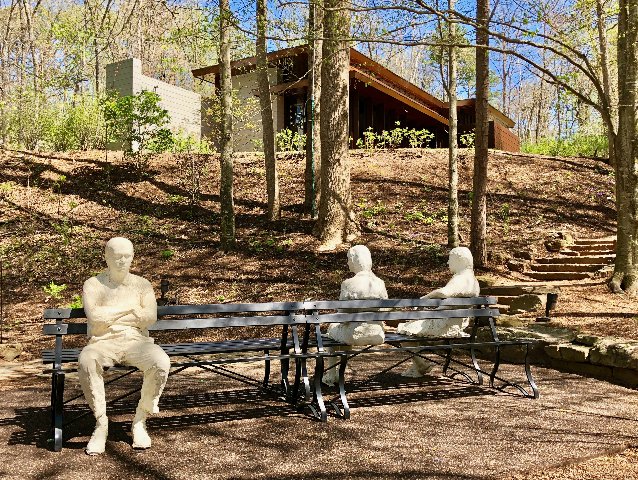 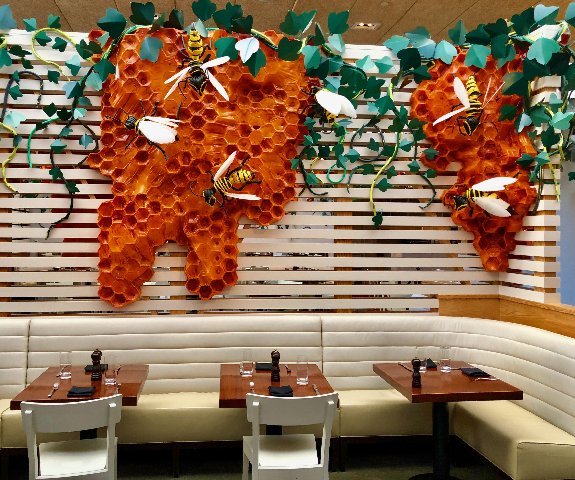 Bentonville, Arkansas is the world headquarters of Wal-Mart and the hometown of Wal-Mart heir and philanthropist Alice Walton, a life-long art lover. So, when Ms. Walton decided to create a museum dedicated to American art and artists, it was natural that she should choose as its site a wooded ravine that she knew from her childhood.

World-renowned architect Moshe Safdie was her choice to design what is now Crystal Bridges Museum of American Art, a striking series of pavilions and bridge structures set around and over two spring-fed ponds. The dramatic complex contains galleries, meeting rooms, classroom spaces, a glass-walled gathering hall and a restaurant on a glass-enclosed bridge. In addition to spearheading the building project, Ms. Walton established a bold strategy to purchase art at a level that has made this young museum (opened Nov. 11, 2011) a significant national institution.

The eclectic permanent collection features notable American art from the Colonial era to the contemporary period, ranging from a 1797 portrait of George Washington by Gilbert Stuart to a 1962 painting of a bottle of Coca Cola by Andy Warhol. Trails on the 120-acre grounds of the museum are designed to make the natural setting part of the visitor’s experience. A free museum app for APPLE and ANDROID devices offers an interactive trail map that identifies plants, art and architectural elements, and natural features found on the museum grounds.

The largest work of art at Crystal Bridges Museum of American Art is the museum itself, which serves as an anchor for the examination of architecture as art. Expanding on this aspect of its mission, the museum has acquired buildings by two major American architects, Frank Lloyd Wright and Buckminster Fuller. First was the Bachman-Wilson House (1954), an example of Wright’s Usonian architecture. The house, originally located in New Jersey, was taken apart and moved to the museum, where it was reconstructed in 2015. It was joined in 2017 by the 50-foot version of R. Buckminster Fuller’s The Fly’s Eye Dome (1981). Both the Bachman-Wilson House and The Fly’s Eye Dome are open for public viewing at no cost.

In June 2013, museum founder Alice Walton and museum architect Moshe Safdie reminisced about the process of designing a museum with the goal of uniting art, nature and architecture. https://www.youtube.com/watch?time_continue=7&v=PqxKxRxB-ks

General admission to Crystal Bridges Museum of American Art is sponsored by Walmart and there is no cost to view the permanent collections. There may occasionally be a ticket fee to view special exhibitions. The museum is located at 600 Museum Way, Bentonville, AR 72712. Additional information about the museum is available at https://crystalbridges.org.

ABUZZ WITH SOUTHERN HOSPITALITY: HAVE A BITE TO EAT AT THE HIVE

A few steps from Bentonville’s town square is the 21c Museum Hotel, home to The Hive restaurant, where Executive Chef Mathew McClure creates menus that showcase the culinary identity of Arkansas and the region’s farmers and producers. The Hive is decorated with imaginative art, such as BuzzKill, a site-specific work by artist Johnston Foster that drapes the Hive’s walls with honeycombs, kudzu vines and bees, and Sam Van Aken’s The Tree of 40 Fruits, living art that grows forty types of stone fruit, including peaches, plums, apricots, and cherries. The 21C Museum Hotel is located at 200 NE “A” St. Bentonville, AR 72712. Chef McClure talked about his food creations during a 2017 visit to CBS This Morning.  https://www.youtube.com/watch?v=YtqNys5h45Q.

I haven’t been everywhere but it’s on my list. Susan Sontag.