The Story Box Presented by Here

The Story Box presented by HERE 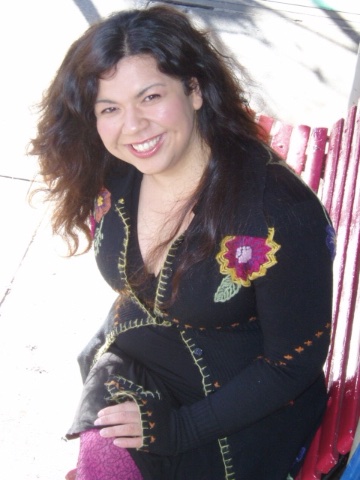 HERE, the adventuresome producing company, is offering a step we can all take into the reconciliation process demanded after the murder of George Floyd. Racism is rampant in the US. Blacks are not the only ethnic group to suffer.

Attention is called in The Story Box to the treatment of Asian Americans, who initially flooded the country to lay down rail lines from coast to coast. Good cheap labor threatened white people.The first laws specifically denying immigration rights to a racial group, the Chinese, was passed. During the Second World War, Japanese citizens, who loved America, were stripped of their property and confined in concentration camps.

Written and performed by Suzi Takahashi and directed by Kristin Marting, The Story Box explores the importance of safeguarding our civil rights through the lens of Japanese American identity. Using kamishibai (a traditional Japanese storytelling method), coupled with Takahashi’s own family history and original music, this show takes audience members on a 230-year journey through our country’s problematic treatment of Asian immigrants.

Story telling is a realm of theatre. We are now familiar with the stories told as part of the truth and reconciliation panels which followed the abolition of apartheid in South Africa. Narratives stand because they are expressions of personal suffering. They illustrate different perspectives and provide a basis for empathy. They deepen our understanding.

As Takahashi's story weaves between American history and personal experience, Takahashi, directed by Kristin Marting, weaves throughout the audience. She tells us of a grandfather who wished to be a theatrical performer, but was denied access to the Kabuki theatre because he did not have a birth right. He took up storytelling, now clearly in his granddaughter's genetic makeup.

As the sun's rays lowered on 47th Street, low lamps lit beside our sears glimmered. Takahashi is an arresting figure as she swoops around us, almost inadvertently making a case for full recognition.

Stories like Takahashi’s show us how one human has experienced conflict, how she feels, what she went through, and what meaning she gives to these events. This story is a mosaic which conveys the attitudes, beliefs, and feelings of this particular individual. In Takahashi's many voices, she richly conveys her perceptions.  A history compounded of the perceptions of many relevantly placed persons is important. Given the centrality of such perceptions for constructing decent relationships between former enemies, such attitudes are sometimes more important than events themselves.

Stories really matter.  Takahishi has made the Japanese experience human and accessible. It provides an important beginning in processes of reconciliation.

In this outdoor event, each audience member receives a suitcase to sit on—a prop that alludes to Japanese Americans taking “only what they could carry” during their relocation during WWII. What will you find in your suitcase? At the conclusion, we are invited to form a small circle with neighbors and read aloud letters written by Asian Americans. In reading their words in our voices, we bring their feelings home, close to us. Often they are unbearable. Empathy is aroused and with it identification.

Fear is a driving force as we ostracize and alienate a group from our own quotidian. Fear however does not crop up when this warm, affecting woman talks of her family history. We at last understand.

The Story Box, premiered in front of the Japan Society in Manhattan and travels to the four other boroughs of New York.

Partnering with Bronx Academy of Art and Dance (BAAD)