Far From Heaven At SpeakEasy 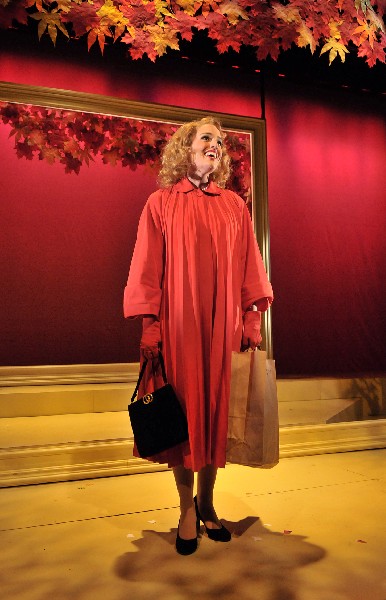 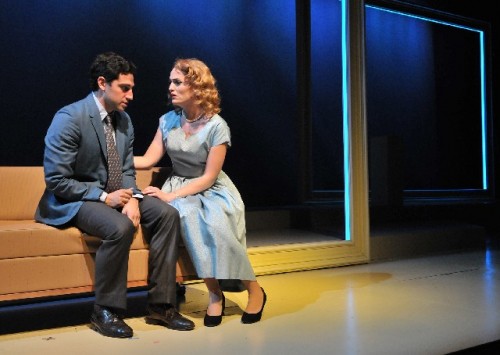 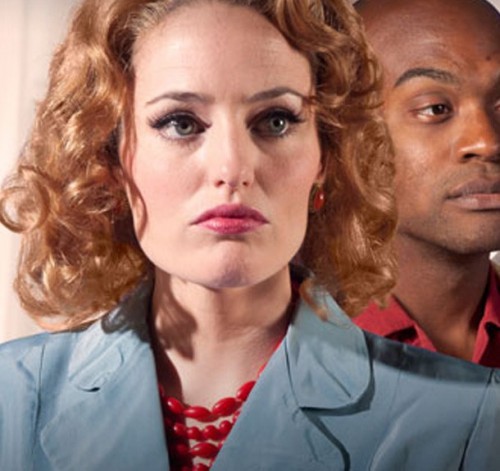 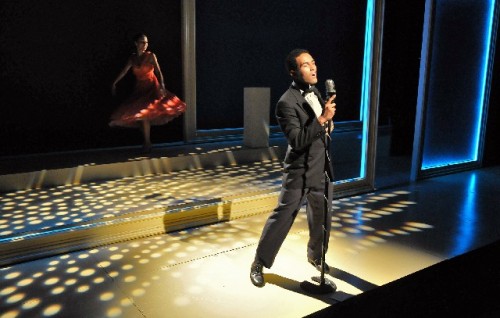 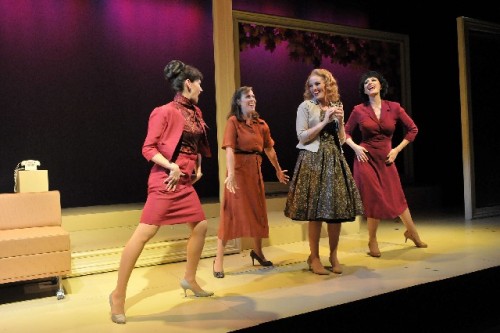 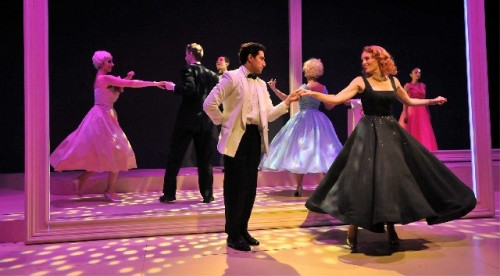 Set in the Eisenhower Era of Leave It to Beaver and Father Knows Best mundane American family life, Cathy Whitaker (elegantly played by Jennifer Ellis) seems to be the perfect wife and mother in picture perfect suburban Connecticut. However, things are certainly not as they look.

The SpeakEasy Stage Company has taken on the operatic story of this suppressed suburban wife/mother, her closeted husband and her Black (then Negro or Colored) potential lover as her world unravels through betrayal, intolerance and her own confused identity. Here the lyrically haunting music sets the tone of keeping secret forbidden desires and their very social consequences hidden.

Symbolically evoking the beauty of New England's Fall foliage as a backdrop of the temporal environment that the film was set in, the minimal sets feel a bit claustrophobic compared to the lushly photographed panoramic film version. But the Fall and falling leaves are evocative nonetheless. The changing leaves also represent Cathy Whitaker's transformance from one person evolving into another more layered version.

Todd Haynes’s visually lush film dealt overtly with the dark side of the ‘50s. This musical reinforces this by its lilting score and its characterizations. The story is not a happy one, but perhaps very accurate. The 1950s were not all Norman Rockwellesque homemade apple pie, beautiful flowers in the garden and delicious sodas at the drugstore. Dishes continually needed to be washed and the fallen leaves always left a mess on the lawn.

The hidden problems of the now nostalgic, colorized 1950s bubble up to the surface in this production. As shown, the starting over period post World War II were certainly not the best of times for many individuals.

Each of the musical's three main very 50s figures is tragic. Cathy epitomizes women trapped in stifling marriages. Likewise Raymond Deagan (Maurice Emmanuel Parent) represents blacks who were constantly demeaned and degraded even in seemingly enlightened places as suburban Connecticut, and Frank Whitaker (Jared Troilo) depicts gay men who had to live very closeted lives and pretended to be straight.

Women subjugated by society's norms and their husbands, de facto Segregation and closeted homosexuality are all difficult subjects individually. Together they are quite troublesome, even painful. The greta triumph of this show is the exploration of these onerous topics.

Elegantly beautiful, Jennifer Ellis shines as the star of the show. Demonstrating sorrow, inner turmoil and grace, she is a theatrical and musical presence. Sharing little chemistry with her, Maurice Emanuel Parent's uncharismatic Raymond and a probably too young for the part Jared Troilo's Frank were in her shadow rather in her light. Unfortunately, though pleasant, neither had voices up to their parts.

Over all the entire ensemble was excellent. Besides Ms. Ellis, a few standouts include Aimee Doherty's Eleanor Fine as a terrific skeptical friend, Carolyn Saxon as a very human Sybil while Darren Bunch has a wonderful voice. Special mention should be made of Sophia Mack for her realistic characterization of the young Sarah Deagan.

Dancing in the show was a dance of life, a dance of hope. The choreography by David Connolly was flowing and narrative in itself. Eric Levenson minimalist set design was often very poetic. Charles Schoonmaker costumes were period perfect while Karen Perlow's  Lighting and Noah Thomas' Sound enriched and added to the vitality of the show.

Director Scott Edmiston elegantly directs the show. Music skillfully connects to dialogue and transports the storyline. Edmiston orchestrates the elements of the musical as a conductor would a symphony.

Far From Heaven is a complicated story. Its intricacies are not easy to ponder. Not just a tragic romance of one or even two dimensions, it is a complicated story of the heart layered with sexual, racial and cultural issues. Added to the complexity is that it is set in a time and place many decades away from our own but unfortunately much closer than we would like.