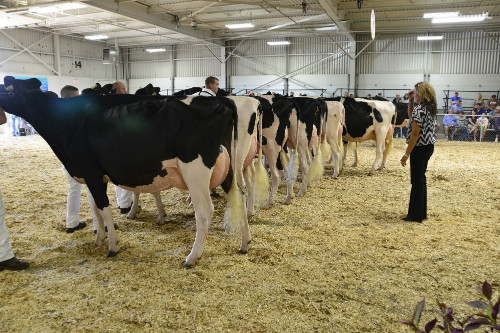 For the past 33 years, the Big E, known as the Eastern States Exposition, has been a part of my life. Years ago, maybe 30, helicopter rides ($6) was the focus for my young family. That attraction is long gone, but, its memory lingers every time I drive through the Springfield area.

Today, as in the past, the Big E is the premier multi-state fair in the country. The fair honors each of the six New England states. Can you name them? The fair is a real country fair, showcasing livestock, horse shows, a petting zoo, an incubator for hatching chicks, as well as a Farm-a-Rama exhibit.

Each day at 5pm, a Mardi Gras parade, complete with beads, rolls through the grounds. Daily at 1, 4 and 7pm, the Circus Spectacular takes place, which features clowns, jugglers and acrobats.

Visit www.thebige.com to learn about the daily theme days, where tickets are discounted.

The Big E means food to many of us. Each state focuses on their culinary skills. Vermont, of course, has Ben & Jerry's; Maine has its monster size potatoes, and Rhode Island has its multitude of seafood choices.

If the states aren't enough, try the diverse offerings on the midway. Choices range from fried oreos to bacon mac & cheese in an ice cream cone.

All concerts start at 7:30pm and take place at the xfinity arena.