The Bet Directed by Finola Hughes 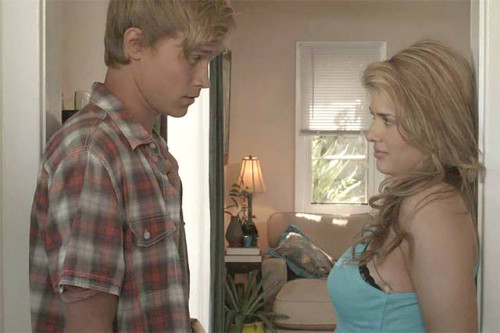 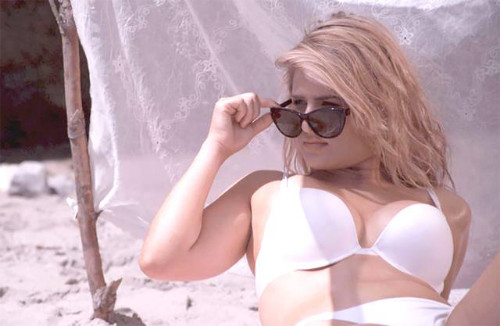 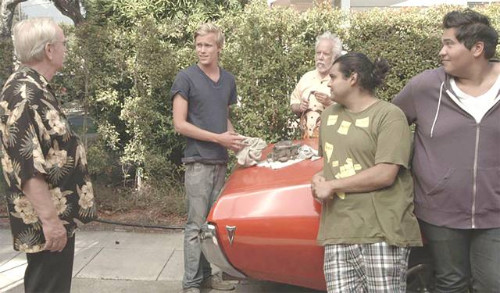 Another summer, another movie about 19 year-old males “losing it” before they turn twenty will be available before the end of the year. I’m not sure if it’s going to DVD or into distribution, but despite the callowness of some of the characters and a formulaic story, “The Bet”, directed by Finola Hughes and scripted by Annie J. Dahlgren and Christina Eliason, has a chance to find an audience.

The technically proficient movie is nicely photographed on the beach, and various locations in and around Santa Barbara, California, and of course it’s peopled with nubile young things in bikinis.   The leading man/boy is a shy, bookish spindly-legged high school senior and virgin who is peer-pressured into “losing it” before the summer ends. Teens in their waning years should be able to find some relevancy in this film which might even register with some older folks as well.

Addison is still practicing to drive and to get his license, and, is not one to rush into relationships with girls. His grandfather Collier still fancies himself a ‘player’ and wants to take charge of Addison’s rite of passage into manhood. He talks Addison into a friendly bet: which of them will be the first to ‘score’ with a lady. The rules of engagement for the bet states that Collier selects three potential candidates from the high school, and Addison gets to pick three candidates for his grandfather from the ladies of the local retirement community center.

As “the Bet” plays itself out in this lighthearted, sort of silly but sweet rite of passage movie, Libby, Addison’s mom, also begins to date again after the death of her husband of several years ago. What ensues is three generations of a family, all looking for love – sometimes in the right places, sometimes in the wrong places, sometimes comically, and sometimes poignantly – but none the less always sincere in their various quests.

Making her movie debut is Mary J. O’Connor as Jennifer, a classmate that Addison has been trying to work up enough courage to ask out for a date. The camera loves Miss O’Connor and for good reason. She has a very appealing and wholesome look, with just the right amount of vulnerability and determination that makes their summer romance work.

The supporting cast of the adults: John Lombardo as Phil, Marion Frietag as Lorraine, Bob Larsen as Hugh, along with Crystal Lee Daly as Liz, the bikini-clad blonde hottie trying to seduce Addison on her own, deliver nice support.

As I said earlier, the film is an end of summer teen romance vehicle for two young and attractive actors. It should find its way to a movie screen or on DVD dispensers and video on demand on your local cable provider.