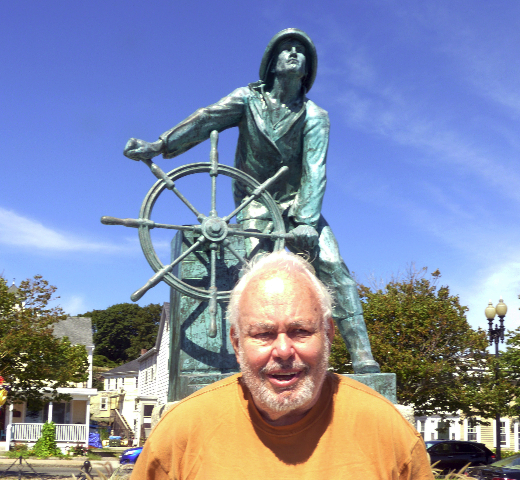 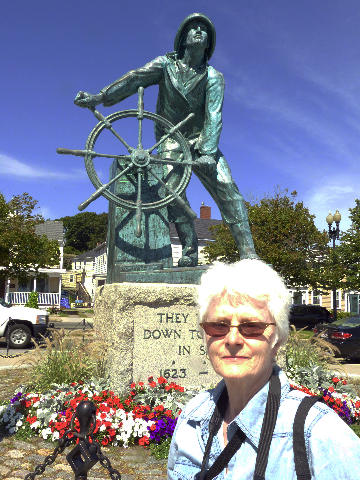 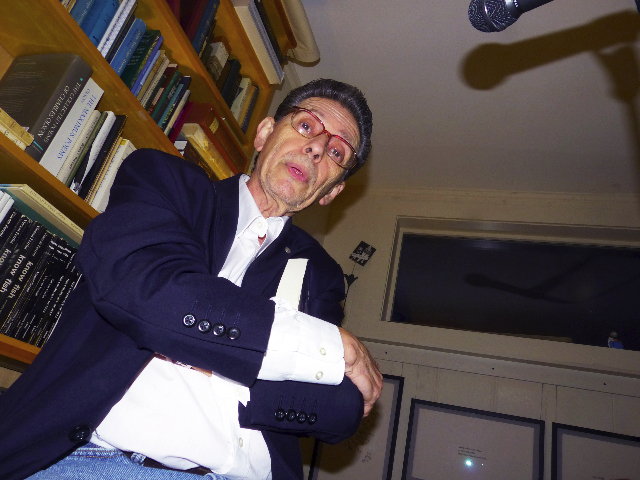 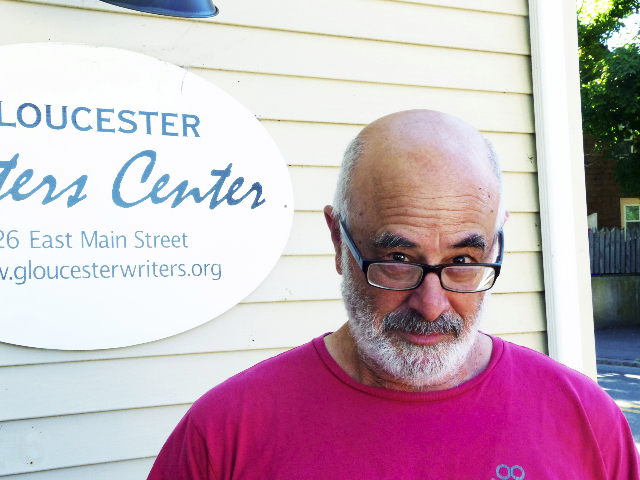 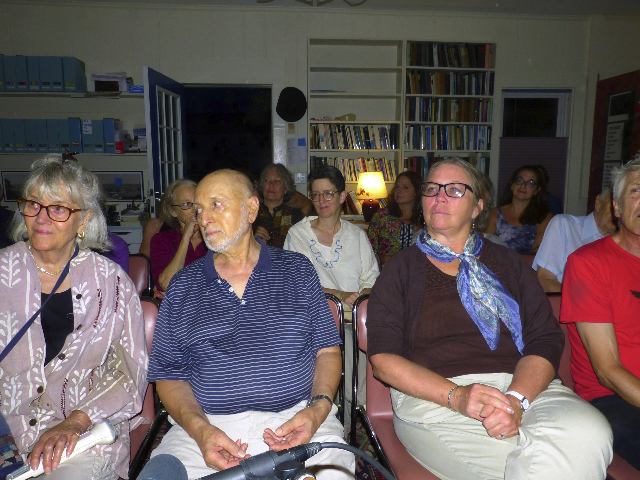 During late August, Astrid Hiemer and I spent a busy and productive week at the Gloucester Writers Center.

We focused on research and projects.

By the end of the week Astrid had completed four new artist’s books. They are cut and assembled, using shells as shape templates, from large format color prints of her original images.

As a feature of the residency I gave a well attended reading and launch of my third book of poetry Ultra Cosmic Gonzology.

It proved to be as much a standup comic routine as reading.

With Gloucester harbor as its locus.

The event was introduced by multi media artist and theorist Jay Jaroslav. Some years ago, with his artist wife Susan Erony, they took up residence in Gloucester.

I grew up as a teenager during summers in the hamlet of Annisquam on Cape Ann. Only now I becoming more familiar with the rich literary and cultural history of Gloucester. It is a multi-ethic fishing community in transition from that collapsed industry to a process of gentrification as a themed tourist destination and home for upscale owners of waterfront condo properties.

Part of my mandate for the GWC residence was to continue writing poetry related to Gloucester as well as researching the history of my Irish ancestors- Nugents and Flynns- who are a part of the immigrant legacy of Cape Ann.

The  GWC reading was recorded by its director and documentary filmmaker Henry Ferrini. The one room building of the Center was formerly the home and frame shop of his uncle, the poet Vicent Ferrini.

The Center houses a concise library of his works, those of the major Gloucester poet, Charles Olson, as well as many volumes about the history of  Cape Ann. The library which has many works by American authors and poets also has books by participants in its residency program. I am pleased to be among them.

It was a great stimulus to have access to this collection. We also spent an afternoon at the nearby Maud / Olson Library which has an annotated facsimile collection of several thousand books that Olson owned and consulted for his work.

The Maud / Olson  Library, at 108 East Main Street,  is open Monday and Wednesday afternoons from 1 to 5 PM and by appointment.

A number of residents at the Center over the six years of its activity have been poets and scholars related to Olson research.