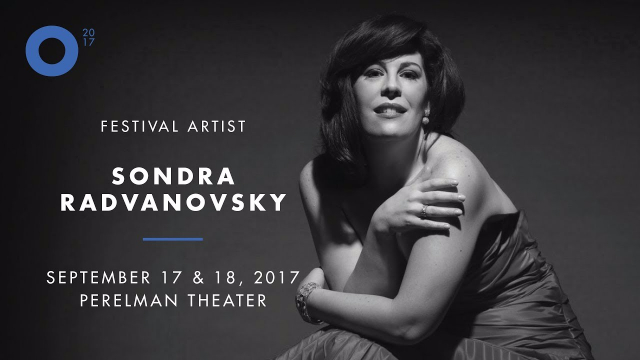 Sondra Radvanovsky in recital in Philadelphia 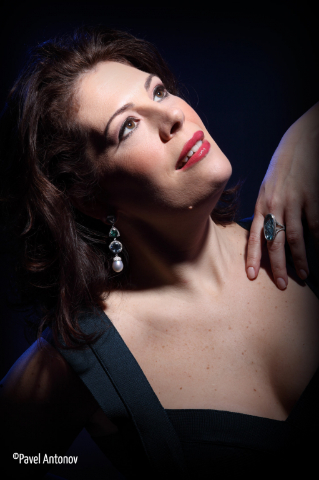 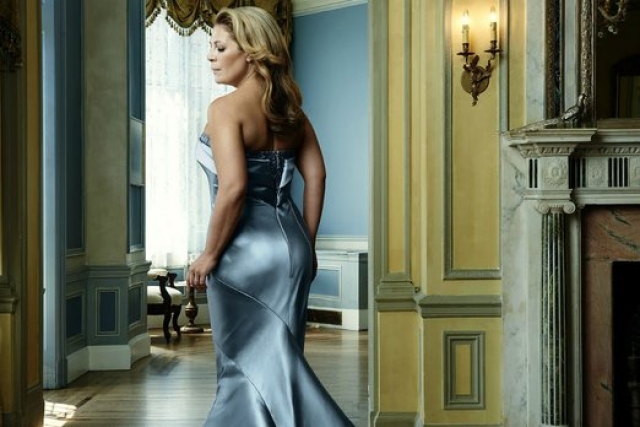 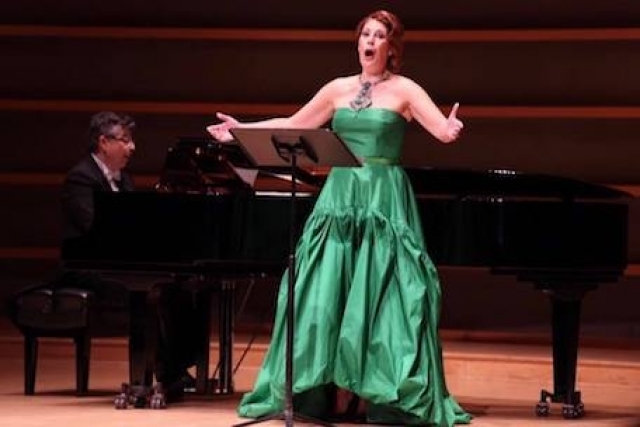 Sondra Radvanovsky swept onto the Perelman Stage in a smashing deep blue strapless gown, bedecked in juicy rhinestones within which was inserted a blue rhinestone neck piece which matched the trim of the gown.

Announcing her first arrival in Philadelphia, she said she plans to come back.  She also announced that the songs on her program would reveal who she was. They did.

Radvanovsky is the premier dramatic singing actress on the opera stage today. One of her encores, Vise d'arte from Tosca, reminds us that as an actress, she conceives her stage roles in collaboration with great directors like Sir David McVicar, or on her own when that is required.

For Tosca, she found a truth the composer probably intended.  Tosca is not a well-known Roman diva.  She is starting out on her career, and madly in love with a man whose life is at stake.  This is the worst day of her life and she has no idea what do to. And so on.  Full of brilliant choices, Radvanovsky is a great Tosca.

A year ago, she performed three Queens at the Metropolitan Opera.  As Elizabeth in Donizetti's Roberto Devereux she fell apart in a defining rendition of the role, tearing off her wig and sending her betraying lover to the scaffold.  Her preference has been for Bellini and at this recital she gave us the composer who sits so well in her voice and heart.

The pain of disappointed love, we are told, is not a comment on her marriage, but certainly each note she sings in that emotional mode has been deeply felt at some time in her life. The pain is expressed with no self-pity and often turns to a free-flying elation.

She dared to sing Richard Strauss for the first time. Biting into words may not be comfortable for her, but she is a brave artist who takes chances which most often reward her audience.

Franz Liszt songs in French were offered to honor her now dual citizenship.  Born in the American midwest, she is married to a Canadian and lives there, chopping wood and swigging the best gin available.

She honored America as she sang Samuel Barber's Hermit Songs.  Can it be that this beautiful, consummate artist retreats? Barber of course began his career at the Curtis Institute in Philadelphia.  The first music he offered to Toscanini for consideration was composed here.

After concluding the program with an almost-native son, she sang in Czech for her father, who never heard her sing. "The Song to the Moon" from Rusalka was silky and translucent.

Announcing that she will be back, Radvanovksy ended the program with "I could have danced all night" from My Fair Lady.  What a smashing fair lady diva she is.