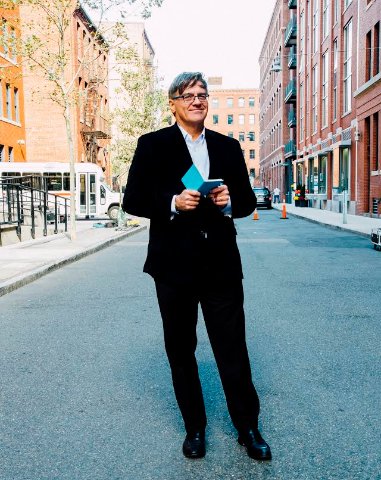 It is with great sadness that I write to tell you that Joseph D. Ketner II, an extraordinary art historian and curator and a valued member of our faculty, has died after a valiant battle with cancer.

Joe had been the Lois and Henry Foster Chair in Contemporary Art Theory and Practice and Distinguished Curator-in-Residence at Emerson since 2008. In this dual role, he worked tirelessly both to give his students a sense of the social dynamism that art enables, as well as cement Emerson’s place as a source of that dynamism through its galleries and public art installations.

As director of Emerson Urban Arts, Joe brought challenging and provocative work by Emerson faculty and students, as well as world renowned artists, to Boston, most prominently at the Media Art Gallery on Avery Street, which opened in 2016 as a direct result of Joe’s vision.

He was instrumental in bringing to life multiple public art initiatives at Emerson, including the Uncommon Project, which featured an ever-changing display of contemporary visual media art projected onto the wrapped façade of the Little Building last winter.

He continued to curate exhibits around the world while at Emerson, including a 2010 Andy Warhol exhibition at the Brooklyn Museum with his former museum, the Milwaukee Art Museum, and a Jackson Pollock mural show at the Peggy Guggenheim Collection in Italy in 2015.

Joe came to Emerson from the Milwaukee Art Museum, where he was chief curator. There, he was responsible for a collection of more than 25,000 works, acquiring pieces by Sol LeWitt, Nam Jun Paik, and Amy Sillman, among many others, and coordinating exhibitions by such artists as Francis Bacon, Bruce Nauman, and Andy Warhol.

Prior to that he was the Henry and Lois Foster Director of the Rose Art Museum at Brandeis University; curator and director of the Washington University Gallery of Art, and curator of the Fort Wayne Museum of Art.

As a graduate student at Indiana University, he focused his thesis on the African-American artist, Robert S. Duncanson, and has since become the pre-eminent scholar on his work and career.

Perhaps Joe would have approved of George Bernard Shaw when he wrote “without art, the crudeness of reality would make the world unbearable” or “you use a glass mirror to see your face; use works of art to see your soul.”

He was a remarkable man who lived a remarkable life and who will leave behind a remarkable legacy that will long outlast his last days with us. He was at once gracious, ethical, unassuming, and humble, but also an inexhaustibly vibrant and intellectually curious person who was ever confident in the transformative power of art.

He will be sorely missed, not only in our community but around the world.

Joe leaves behind his devoted wife, Patty, son Joseph III and his wife Caitlin and their sons Owen and Julian, and son Alex and his fiancé Emily. In lieu of flowers, Joe’s family has asked that you please consider making a donation to the Joseph D. Ketner II memorial fund to benefit the Emerson Urban Arts Gallery at Emerson College https://www.emerson.edu/support-emerson.

Information regarding an upcoming celebration of Joe's life will be forthcoming.