Joshua Roman and Conor Hanick at The Crypt 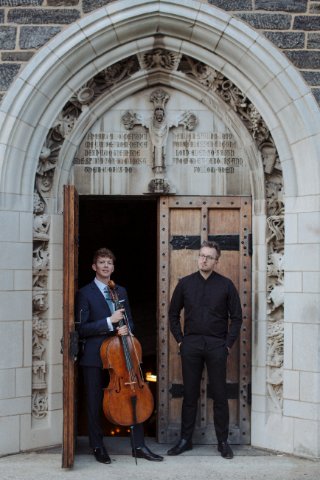 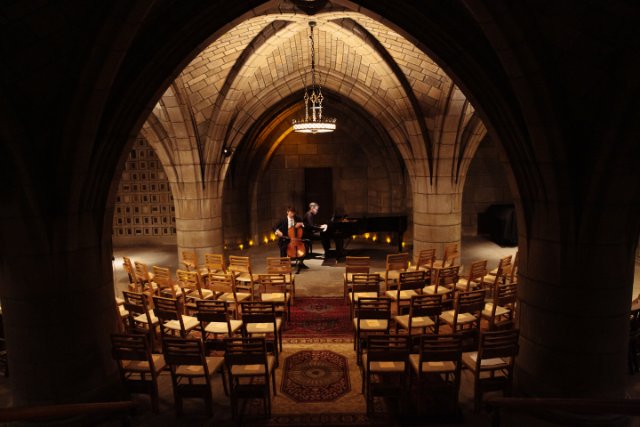 The Crypt, one home of Death of Classical Photo credit Kevin Condon 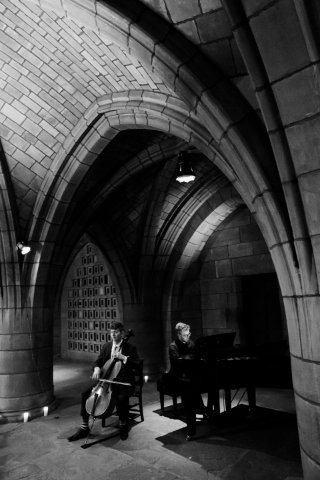 Dramatic lighting for dramatic musical performance at The Crypt 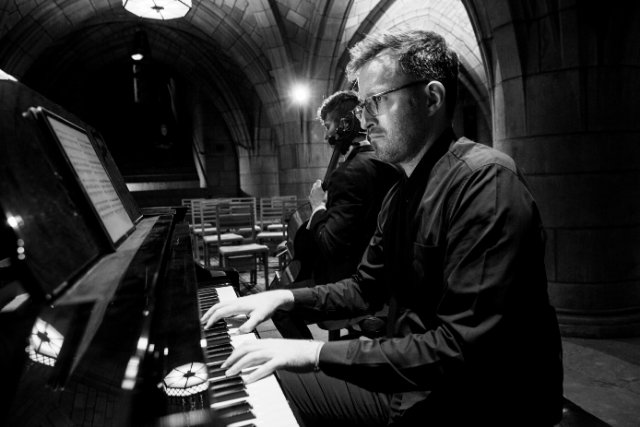 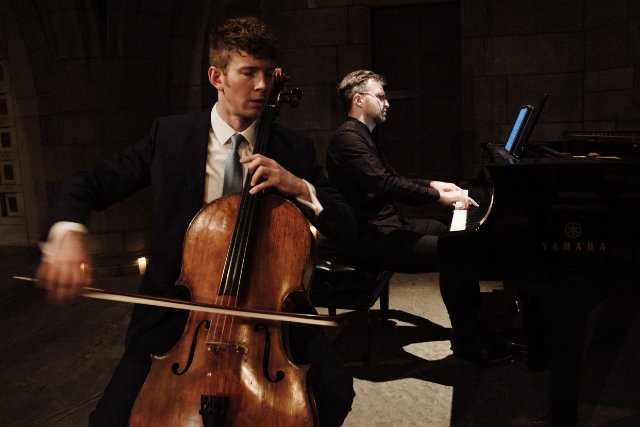 Andrew Ousley speaking at the outset as we waited for the artists to descend into the arched naves, suggested that we refrain from applauding at the end of each work.  Instead we might absorb the afterglow of the music and let it seep in further.  No one was tempted to break the silence with an inadvertent clap. Instead the audience joined with the artists in quiet contemplation. We absorbed the beauty of Pärt and the fraught desperation of Schnittke which finally resolved in a new casting of the eternal.

Schnittke’s send up at first seemed in sharp contrast to Pärt. While he builds by adding and accumulating, he also disturbs with disruption and surprise.  Roman shows us an abundant tool kit of musical styles and dares to offer often ugly sounds. The composer seems to use any style that crosses his mind.  Yet he too is on a search, mad plunges finally bringing us back to a world of the spirit.

Fratres or brothers offers Pärt’s early expression of tintinnabulation. Church bells, a memory of Russia before the Revolution, abound. Pärt found them after a painful search for the one right note.  Chiming upper registers of the piano, in Hanick’s hands, remind us of the beauty the past holds and a gleaming path to the future.  We also could hear drones in repeated notes, sometimes held one into another.  The artists are technical masters in the service of a rich soundscape. Some dissonance could be heard, but it arises from the peculiar position of notes in a chromatic scale, rather than a deliberate imposition.

The exquisite Spiegel was built on an arcing progression of held notes which were cradled in the embrace of chords ascending and descending. Pärt early on suggested that he could find a musical expression for every mathematical equation.  Certainly in Spiegel there is a suggestion of the most simple form of the quadratic.  We were sprung forward by this orderliness.  From one note, then one and two and then in stepwise additions, Roman and Hanick frame melodic notes in rhythms, ever expanding and contracting. Hanick gently embraces the cello melody with arpeggios.

Roman concluded the program performing solo, singing as he accompanied himself.  The difficulty he expressed in combining both singing and his instrumental playing was not apparent.  Instead we were swept into his spiritual journey and invited to join in his ‘Hallelujahs.'

Roman and Hanick felt like a new breed of performer who listen closely and hear more deeply.  We were invited into their zone by a silent response, which left room for more hearing.