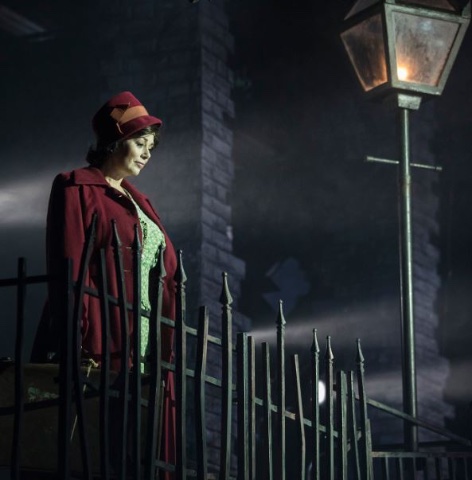 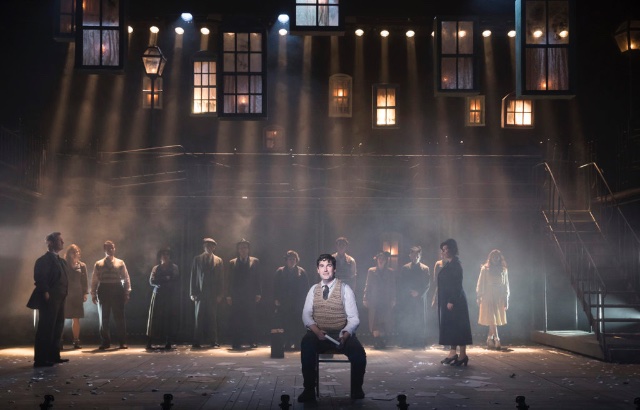 A gloomy scene is nonetheless heart-warming

Angela’s Ashes, a musical based on Frank McCourt’s fictionalized memoir of his early family life, is presented now in its musical version by Irish Repertory Theatre.  It is a conventional musical. Yet the memoir’s conventionality did not diminish the story’s deep resonance not only with immigrants, but with all readers who have experienced difficult childhoods.

McCourt waited decades to write his memoir. Only when he retired as a teacher did he tackle his family’s story.  Early on they migrated to America where they did not find the promised land. McCourt's anger had eroded when he picked up the pen, and he was left with hurt and the warm humor of his household and hi delinquent father’s tales.

The early return to Ireland brought  the family near McCourt’s grandmother, who helped out as her son-in-law sank ever more deeply into the well of drink. He finally left his wife and children to make do alone.

McCourt loved his father’s stories. When he was able to return to them for their true worth, unclouded by the drink and destruction they preceded, he tenderly tells of the family’s demise and his persistent wish to return to America.

Scenes already formed in the imagination now come to life with the musical lilt McCourt brought to his telling now in notes. The wretched family waiting for a father who will never come home with money for eggs and bacon, the joy of flying down the street on a post office bicycle. These scenes season nostalgia.  We see as McCourt saw his family

Full of heart,the recounted experiences, wretched as they may be, are not wasted on the family. Frank develops as a full human.  Even misery can be treasured. We do not even blame the father Malachy as he leaves his family to starve while he pours their money into the till of bar owners. Clearly, he would not drink if it were in his control. He is powerless over alcohol, which leaves him as the focus of the family's woes. Frank, and soon his younger brother, treasure those few moments when Dad was too abashed or impoverished to drink and lavished some attention on them.

Now music gives us the feeling of lilting life. Tunes are bawdy and deeply felt. The dark Irish humor in which victory and misfortune are combined triumphs here.