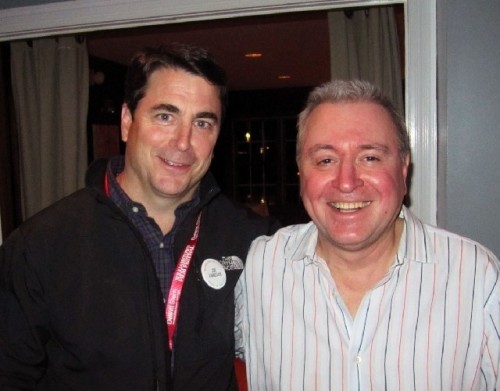 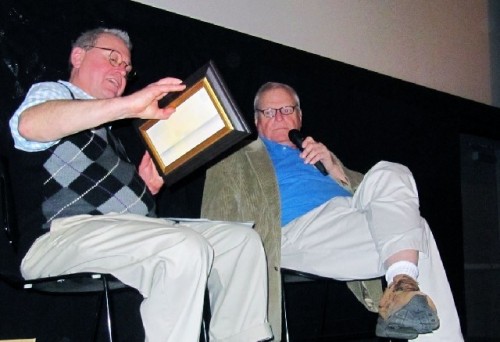 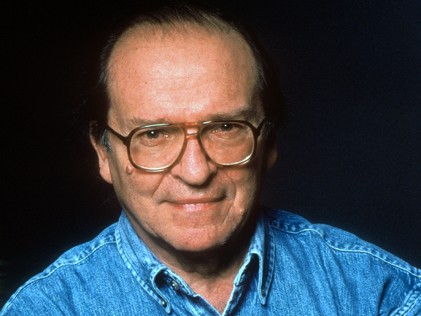 The late director Sidney Lumet will be honored.

The season kicks off at Images Cinema in Williamstown at 8:00pm on Friday, October 21st with The Lie, in which a fish story told at work snowballs into far-reaching consequences - both rueful and hilarious - for the hero and his family. The film co-stars Jess Weixler (Teeth) and Joshua Leonard, who also directs.

Saturday, October 22nd begins at 10:00am with the new Family Slot and A Cat in Paris, a delightful French animated feature about a rooftop burglar and comic gangsters suitable for kids of all ages. At noon WFF will screen The Running Fence Revisited, a fascinating documentary about renowned landscape artist Christo, his late wife Jeanne-Claude, and the 24-mile long fence they erected in California. WFF's ever-popular All-Shorts slot takes place at Images at 2:30pm.

The annual Benefit dinner which includes reserved seating at the film to follow will be held at Gramercy Bistro on the MASS MoCA campus in North Adams at 5:45pm. After this, WFF and MoCA will jointly present the East Coast premiere of We Need to Talk About Kevin, the powerful story of a mother (Tilda Swinton, in a mesmerizing performance) whose son has committed mayhem at his high school. Kevin, which will screen in the Hunter Center at 8:00pm, is a deeply moving evocation of a family haunted by its past.

WFF's first weekend concludes at Images on Sunday, October 23rd with an 11:00am screening of Caris' Peace, the inspiring true story of a young actress whose career is abruptly cut short but who is determined to return to the stage. Bagels, fruit, coffee and juices will be available starting at 10:30am.

Weekend II begins on Thursday, October 27th at 8:00pm with The Restaurateur, a documentary about culinary mogul Danny Meyer, founder of such high-profile venues as Gramercy Tavern and Eleven Madison Park. Mr. Meyer will attend and host a special tasting following the Q&A.

On Friday at 8:00pm, WFF will return to MASS MoCA with Never Stand Still, a compelling doc about Jacob's Pillow, the longest-running dance festival in America and a Berkshire cultural icons. At 11:30pm, WFF will present the new Strange Behavior slot at Images, comprising six shorts meant specifically for late at night and fans of the way out, among them Die With Me - the directing debut of Drew Murray, Williams class of '11 - and Incest! The Musical.

Saturday the 30th, the final day of the Festival, begins at noon with this season's lunch seminar: Kleiser in Bollywood. Visual effects supervisor and WFF board member Jeff Kleiser will screen behind-the-scenes footage from Ra. One, the enormous Indian science-fiction film he worked on for eight months, and talk about the Bollywood film industry. Box lunches will be available. This will be followed at 2:30 with Carol Channing: Larger than Life, an affectionate portrait of a show business great who is still going strong and charming admirers without batting a false eyelash, and the third film by Dori Berinstein (SHOW Business, Gotta Dance) to screen at WFF.

At 8:00pm, WFF moves to the Sterling and Francine Clark Art Institute for A Salute to Sidney, a tribute to director Sidney Lumet who died earlier this year. Lumet's long, illustrious career will be recalled in clips from such classics as Serpico, Dog Day Afternoon, Murder on the Orient Express, Network and The Verdict, with special guests such as Lumet's daughter Jenny Lumet, Emmy Award winner Tom Fontana, and other alumni reflecting on Lumet's life and art. After presentation of the Christopher and Dana Reeve Award to the top short of the Festival determined by audience vote, the audience will adjourn to the Clark courtyard for WFF's annual champagne and desserts party.

WFF executive director Steve Lawson thinks this may be the Festival's most diverse lineup yet. "Obviously it's a banner year for documentaries," he notes. "The narrative features are distinctive, the 21 shorts are a wide spectrum of material, and we've added the new family and strange behavior slots. I'm very glad that a number of alumni are returning with new films. And - as always - every title will screen just once to maximize interaction between guest artists and audiences."

Tickets and discounted Passes go on sale September 23rd. To order these or receive a season brochure, call (413) 458-9900 or go to www.williamstownfilmfest.com