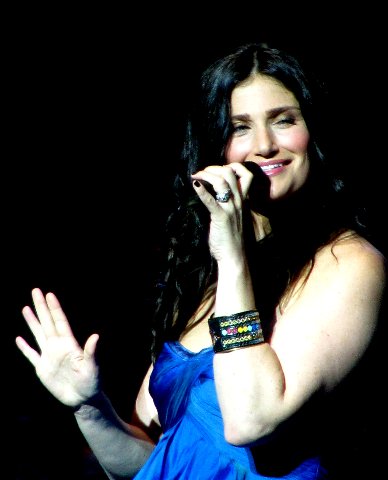 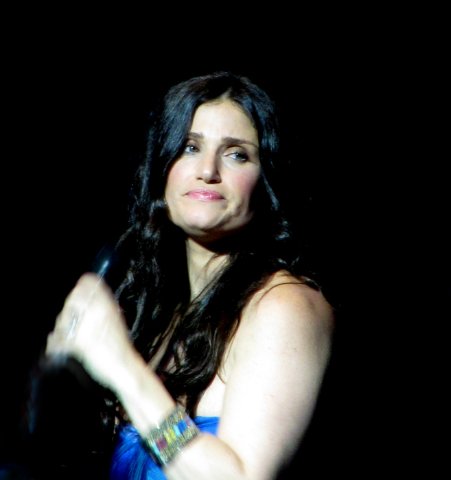 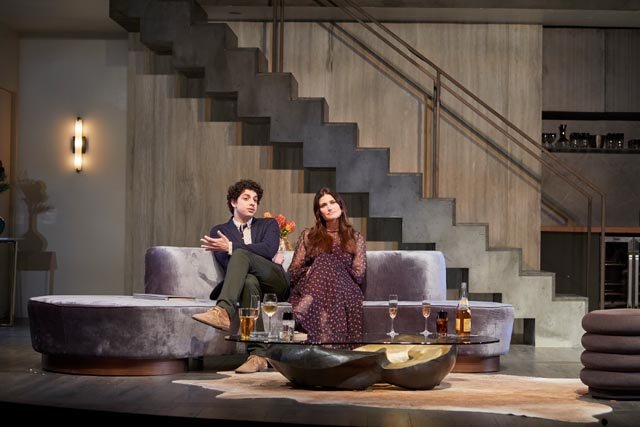 For the last decade or so playwrights and artistic directors have been leading the charge toward change in what is being produced in America’s theatrical venues.  Culturally, America is evolving, as well.  We are seeing more and more people of color in positions of power in almost every aspect of life in America.

In addition to the graying of American life, we’re also embracing more acceptance that the new vanguard of our society, along with the entire arts community say diversity has finally arrived for “people who look like us.”   To that, I say Amen; it’s been long overdue; however, there is much in this arena that still needs to be done.  The torches, theatrically speaking, have been passed. It’s now time for the rubber to hit the road.

Playwright Joshua Harmon’s newest and talky comedy play “Skintight,” directed by Daniel Aukin, in their attempts to humanize a highly dysfunctional, sophisticated, and wealthy family via the route of over-the-top comedy with dialogue and situations your grandfather would hardly recognize.

He probably wouldn’t consider taking grandma either.  There are a boatload of F-bombs being hurled from the stage, as a way of informing the audience that old school theatre is now passe. Make way for the new wave on sex, love, and lust. A word to the wise.  Sometimes less is better. The audience needs to remain ‘engaged throughout’ in order to keep filling those seats.

The only surprise concerning “Skintight”, now onstage at LA’s Westwood/Geffen Playhouse, is how  talented playwright Harmon, author of the wonderful comedy gem “Bad Jews”, (presented at the Geffen in 2015; directed by Matt Shakman), who is now the Geffen’s artistic director, may have missed the mark by selecting “Skintight” for the Geffen’s 2019/2020 season opener.

According to Shakman’s notes in the program, “Skintight” is “a laugh-out-loud soul-searing look at the human condition. The piece delves deeply into generational and familial conflict and is ultimately a meditation on beauty: why we so desperately seek it and what happens when we think it’ gone”.

In short, it is indeed, a story that is made for audiences of this “industry town” where when “beauty” leaves the female body at age 35, acting careers are over, unless one is lucky and/or able to perform in the English theatre, where talent and aging are still welcomed; becoming old friends to visit, enjoy, and appreciate.

The promise of high energy singer/actor Idina Menzel’s debut on the Geffen’s stage is sure to lure her fans and the curious to see how she fares as Jodi Isaac, the 45-year-old, angst-filled, needy lawyer daughter of 70-year-old gay billionaire Elliot Isaac (Harry Groener). Elliot’s 20-year-old boy toy Trey, played by Will Brittain as the ex-porn star replete with boorish-behavior, and lack of civility and manners as the live-in interloper in her father’s multimillion-dollar townhouse is what drives Jodi nuts.

Her annoying and irritating, non-stop “poor pitiful Pearl” vocal delivery and style ala a James Joycean series of stream of consciousness tirades, also tries the patience of Elliot.  I had some difficulty as well in hearing Ms. Menzel’s comedy set-up punchlines, due to her dropping off her voice at the end of her dialogues’ sentences.

Jodi’s 20-year-old, gay son Benjamin Cullen (Eli Gelb), is visiting his mother and grandfather while on school break from his University in Budapest, Hungary, where he is studying Queer Theory Studies.  Mr. Gelb’s portrayal is a tad too burlesque-like for my tastes, as he milks the audience for laughs with his physical comedy schtick.

However, it did produce some laughs down front, right side of the audience the night I attended.  Most of the older audience sat slightly stone-faced, delivering an occasional chuckle or two. Supporting actors Jeff Skowron as Jeff, a stoic former lover of Elliot’s and Kimberly Jurgen as Orsolya the maid, complete the cast.

Playwright Harmon’s somewhat banal play, however, strives for redemption in Act Two.  The scenes between Elliot and Jodi get more authentic in the otherwise implausible premise situation.  I found how this family interacts with one another just reinforces the feeling that uber-rich people are too entitled, too motivated in making money, and too steeped in their lifestyles that they forget to raise their kids in a healthy, stable family environment.

Near the end of the play, in the denouement, Elliot says to Jodi in defense of his rationale of life with Trey as a couple “… I want to wake up in the morning and smell sex.  I want to taste it.  I want to see it.  I want to touch it.  I want to feel it.  Sex is life.” That rings true with me.  As we near our leap off this mortal coil, our mortality becomes palpable and frightening.   It was sobering moment, so I quickly squelched the urge to call out… Then buy a dog instead!

“Skintight,” performs at the Geffen Playhouse in Westwood, Los Angeles, and runs through October 12, 2019.