Our Very Own Brunnhilde 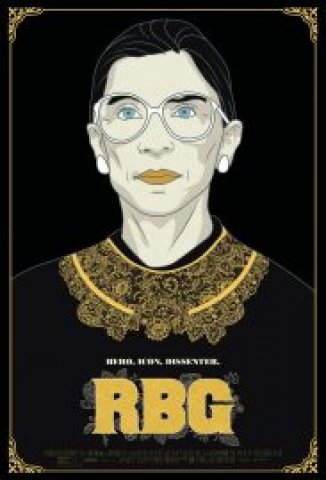 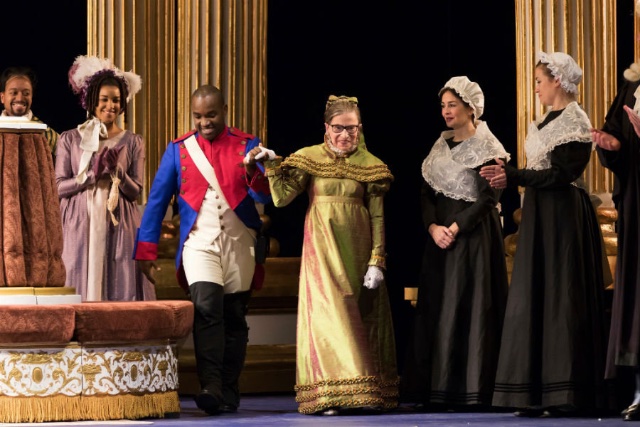 Justice Ginsberg on the opera stage with Lawrence Brownlee and others.

Justice of the Supreme Court Ruth Bader Ginsberg, who died this week while still sitting on the bench, was a hero to American women. She believed above all that women could bring about a better world.  She loved Beethoven’s Fidelio, the story of Leonore, who disguises herself as a man to rescue her husband from prison. She related to the opera's story as a woman and a feminist.

Judge Ginsberg would appear on the opera stage, in a cameo role as the Duchess of Crakenthorp in The Daughter of the Regiment. Her character sees justice come to the heroine of the work, as the truth of parentage is revealed.

Like Brunnhilde in the Ring Cycle, Justice Ginsberg saw the future of women in power. She was determined to help it come about. She loved Wagner’s Götterdämmerung and its finale, the Immolation Scene. She understood why it took a woman to save the world. She said about Brünnhilde, "Only a woman could do it; only a woman could change the course of history."

The Justice was an avid opera fan.  Reviewing a performance at the Kennedy Center in Washington DC, I sat behind a railing that separated the very front of the orchestra from seats that were at the front midway.  As the lights lowered after the first intermission, I saw a black lace glove slither across the railing.  Looking up, I recognized the Justice.

Later in Santa Fe New Mexico, I attended five performances in a week.  The Justice was vacationing in the front row of the orchestra. Federal Marshalls accompanied her. They are the equivalent of a Secret Service for sitting Supreme Court Justices. A performance of Puccini’s Girl of the Golden West 80 shots were fired off on stage as the story progressed. Opera personnel had to give the exact time of each shot so that the Marshalls would know that it was part of the production, not intended to knock out the Justice.

In New York, a marvelous play on her fellow Justice, Antonin Scalia, was preceded by a talk by the Justice Ginsberg. She admired Justice Scalia, because he always surrounded himself with law clerks whose opinions were on the opposite side of his own. In the play, he hires a black Lesbian woman to keep his arguments sharp so he can address issues raised by the opposite side with full understanding. He could be nudged to slightly change his opinions after these discussions.

These two Justices were on opposite ends of the law’s interpretation, but bound at the hip by a love of the operatic form.

Yet there was nothing about Judge Ginsberg's legal understanding that was operatic.  She was grounded in law which grew out of a sense of equality and the fact that women did not share equally in the power of the US democracy.

At the conclusion of the 2015-16 Supreme Court term, Justice Ginsberg  gave a number of interviews addressing court-related subjects, She also offered comments related to the presumptive Republican nominee for president, Donald Trump.

In an Associated Press interview with Mark Sherman dated July 8, 2016, Justice Ginsburg, when asked for her views on a potential Donald Trump (R) administration, stated, "I don't want to think about that possibility, but if it should be, then everything is up for grabs ... ”

Two days later The New York Times published an interview between reporter Adam Liptak and Justice Ginsburg in which she offered the following comments on Trump, "I can’t imagine what this place would be — I can’t imagine what the country would be — with Donald Trump as our president ... For the country, it could be four years. For the court, it could be — I don’t even want to contemplate that."

On Monday, July 11, Justice Ginsburg, in an interview with CNN legal analyst and Supreme Court biographer Joan Biskupic, called Trump "a faker" and said, "He has no consistency about him. He says whatever comes into his head at the moment. He really has an ego. ... How has he gotten away with not turning over his tax returns? The press seems to be very gentle with him on that.”

In an interview with Maggie Haberman of The New York Times,  published July 12, 2016, Trump made the following remarks regarding Justice Ginsburg's comments about his possibly becoming president, "I think it's highly inappropriate that a United States Supreme Court judge gets involved in a political campaign, frankly ... I think it's a disgrace to the court and I think she should apologize to the court. I couldn't believe it when I saw it .. That she should be saying that? It's so beneath the court for her to be making statements like that. It only energizes my base even more. And I would hope that she would get off the court as soon as possible."

In a posted tweet on July 13, Trump called for Justice Ginsburg's resignation, saying that she "has embarrassed all by making very dumb political statements about me. Her mind is shot - resign!"

In a statement released on July 14, Justice Ginsburg apologized for her statements.

Justice Ginsberg went far beyond her comfort zone, and anyone’s sense of what a human could be expected to endure, in her effort to live until January 21, 2021. She didn’t make it. Those of us who counted on her, understood her monumental concern. American women, and all concerned citizens, are now committed to making her dying wish come true: that her successor would be nominated during the administration that succeeds the institutional threats of this moment.