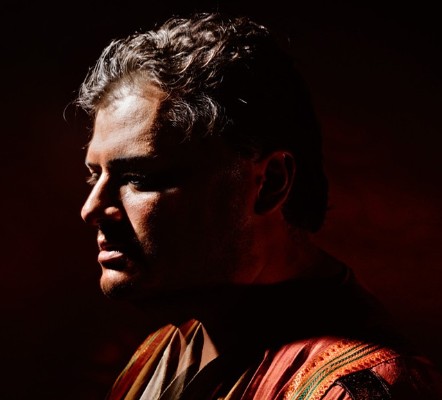 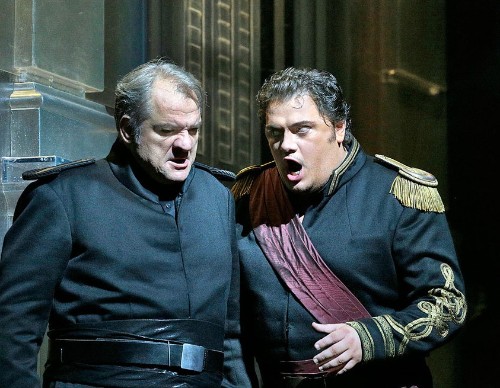 Lucic and Antonenko, a perfect lethal pair who match each other note for note. 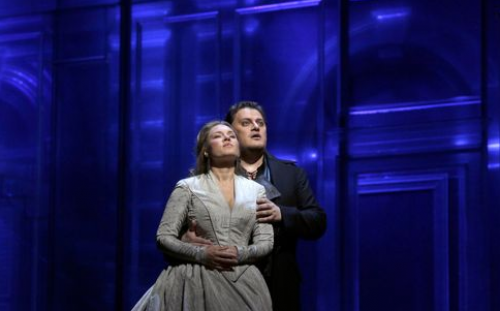 Yoncheva and Antonenko. Magical music without the requisite passion. 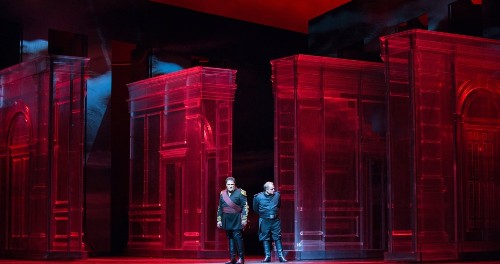 Sets by Es Devlin are simple and loom large. A wonderful backdrop for the intimate drama that unfolds. 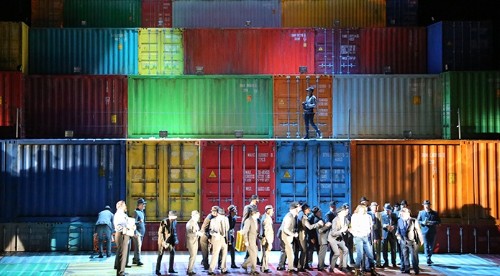 A new production of Verdi's Otello opens the Metropolitan Opera season.  It features stunning performances by the singers.

Aleksandrs Antonenko sang the role in a concert performance conducted by Riccardo Muti in the spring of 2011.  His voice is both technically perfect and full of rich emotion.  What Muti drew from Antonenko has been built on and deepened in this new Met production.

Sonya Yoncheva is Peter Gelb's new 'it' girl, and this time he's got it right.  While it took her a while to settle in on opening night, her Act IV Willow Song and Ave Maria were smooth as silk and full of feeling.

The third member of the triumvirate is Željko Lucic, the wonderful go-to dramatic baritone.  He has given us Rigoletto and Macbeth among other consummate performances.  His Iago has a touch of genius, as he makes the character both appealing and sinister.

The opera divides between large scenes and intimate ones.  Unfortunately the director Bartlett Sher does not negotiate the path between them well.  While Lucic and Antonenko work well together, it appears to be something they have come to on their own.

Otello and Desdemona's passion for each other is not drawn.  While Otello is clearly a masterful general and also hot-tempered, Desdemona's defiance of her father to marry a much older man and travel the world with him (or at least to Cyprus) isn't woven into the proceedings.  For a director who gave us such an intriguing picture of race relationships between men and women in his production of South Pacific, this failing in Otello is difficult to grasp.  Except of course that Sher is not an opera director at all.

Yannick Nézet-Séguin, conducting the Met Orchestra, does the best he can to make up for directorial failings, but in the end, we are left with some great performances, and an uneven evening.

The set is a first for multiple-Olivier-winner Es Devlin.  Simple in the style of Kafka on the Shore, with multiple see-through panels dividing characters and scenes, Devlin's set gives a textured background to the drama, and leaves the dramatic music to star.  Lighting by Donald Holder adds emotional color.  Costumes however are sometimes unfortunate.  A red dress with plunging neckline makes Desdemona look like the tart Otello in-part imagines.  Costumes are better created from the interior of the character.  Victoria's Secret white nightgarb does suit the final scene, but it has been so over-used by Gelb that you think, "Not again."

Recent opinionators on the sanctuary live music performance provides for device addicts discuss unplugging.  Perhaps the intimacy, pseudo and real, provided by Facebook and Twitter, is what people yearn for.  This means that the halls in which music is performed make a big difference.  Very large venues can work if they feel like a hug.  The Civic Opera House in Chicago and Opera Philadelphia's home at the Academy of Music both feel intimate.  The Metropolitan Opera does not.

No general manager can fill 4000 seats in today's classical music world.  The HD broadcasts do bring us up close and personal.  This may be the Met's biggest contribution to the future of opera.  Whether or not a half full house is justified as a launching pad for the HDs is questionable.

Reynold Levy, the former President of Lincoln Center, has written recently that outside rentals may make the Met Opera viable.  Gelb has announced that naming rights for the house are available.  David Koch paid 100 million dollars for a name change at the New York State Theatre.  Levy also talks about a shorter Met season, but needless to say, creating a smaller venue, which Avery Fisher Hall contemplates, is not on the boards at the moment.

To be continued for as long as the general manager has the support of board members of large capacity.