Sky on Swings at Opera Philadelphia 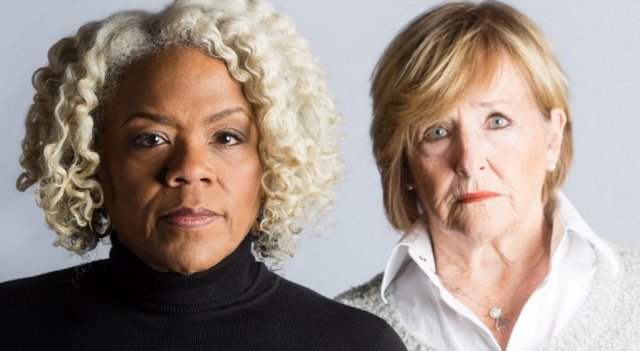 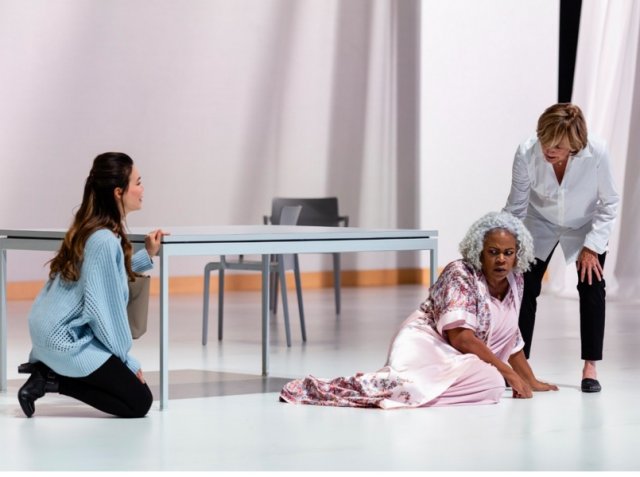 A daughter tries to help her mother. 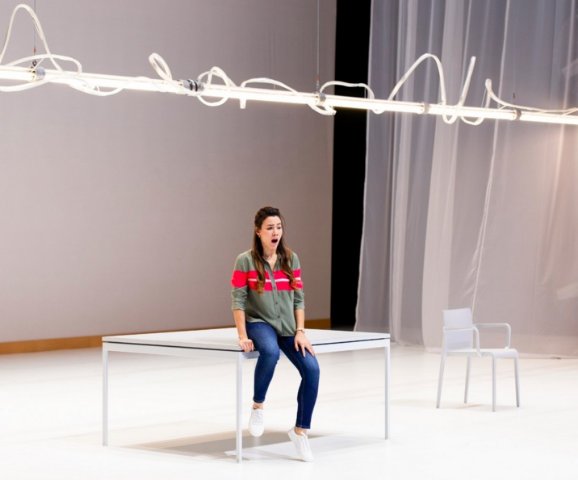 Sharleen Joynt as Winnie, Martha's daughter. Her searing soprano can not penetrate the Alzheimer's tangles hanging above her. 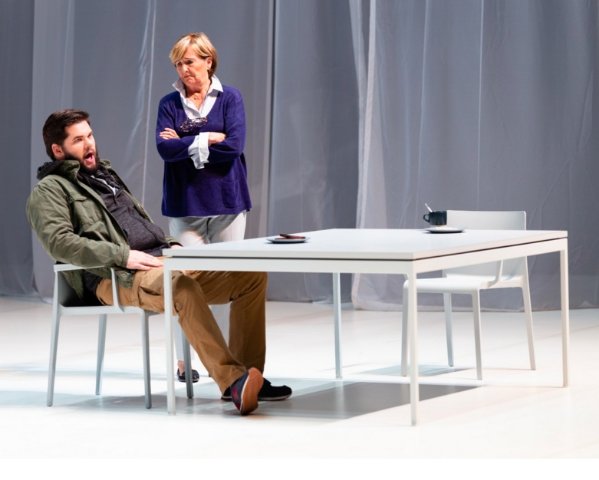 Daniel Taylor, a tenor, is Ira, the son of Danny, Frederica von Stade. 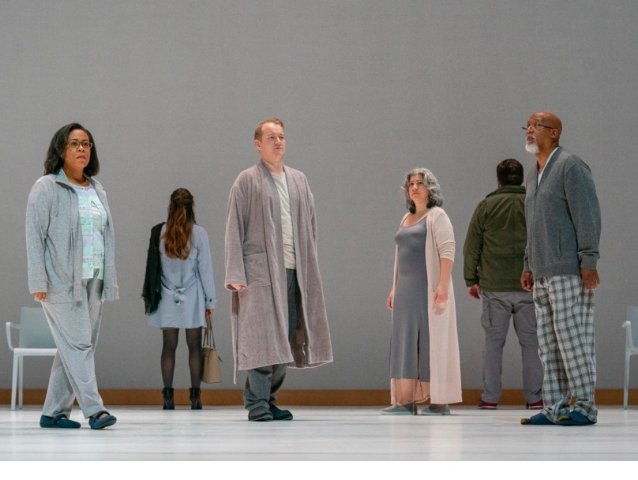 Other residents in an assisted living facility 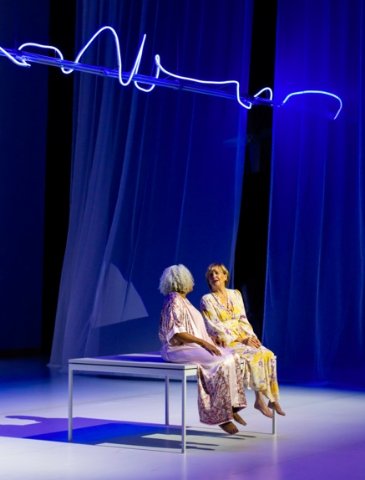 If there is a happy ending in Alzheimer's it is the loving relaitonships developed between Alzheimer's patients. Marietta Simpson and Frederica von Stade form one.

Sky on Swings is a collaborative opera. The three principal artists, Lembit Beecher, Hannah Moscovitch and Joanna Settle have worked together for more than a year to bring a musical portrait of death-by-Alzheimer’s to the stage.

Marietta Simpson, a Philadelphia native, is a mezzo soprano singing the role of Martha, who we meet when her condition is more advanced than Danny’s. The unforgettable Frederica von Stade plays Danny. The rich vocal experience of older singers is deliciously exploited in Sky on Swings. Listening to von Stade, it is difficult to believe that when she was approached to sing the role, von Stade asked: Who, me? An opera is being written for me?

The subject matter’s challenge is evident from the start. Explaining the origins of the disease, a bar hung across the top of the stage displays its characteristic amyloid and neurofibrillary tangles in neon. It’s thought that they contribute to the degrading neurons in the brain which give rise to symptoms, expressed in memory loss and personality changes.

Early on, Danny is given a short term memory test. James Watson, co-discoverer of the structure of DNA, displayed his genome on line, but blocked out the area thought to be related to Alzheimer’s. The disease expressed itself in his family, and he did not want to know in advance this destiny.

This question is also raised in the opera: if you could know if you have a likelihood of developing the disease, do you want to know? This issue is one of the most important in ethical genetics. Danny raises it poignantly.

Beecher worked with Simpson and von Stade’s unique voices to find expressions that might reflect the disease’s progression, He reports finding “spots” in Simpson’s voice, special expressions that he could write in notes.

The drama unfolding on stage is by and large unrelated to the orchestration. While, at times, the disease is reflected in odd sounds and awkward phrases, the music for voice is often lovely. It is a reflection of feelings and personality traits of the character that remain even as memory gets increasingly tangled.

At the end of the opera, Martha and Danny have found a love for each other and their semblance of a duet is beautiful. If hope can't be delivered, comfort is.

The other principal roles are taken by Daniel Taylor and Sharleen Joynt as their children. Joynt’s coloratura is on full display as she rips in anguish to very high notes which almost scream in pain.

Twenty-seven supernumeraries march, sometimes in silhouette, across the stage. These represent the other residents of the assisted living facility. A group of four elders comment occasionally.

The heavy-lifting job of musically representing a person increasingly in the grip of memory loss is left to the orchestra. Geoffrey MacDonald, a gifted conductor of contemporary music, makes the most of the score. Layers of memory are stripped away through trumpet and trombone with anguished instrumental groupings. It is the harp, and particularly the piano, which suggest the lovely, light, and sensitive feelings of an individual in the disease’s grip.

The subject matter of Sky on Swings is painful to follow. Yet the listener is rewarded by singing of the principals, and musical suggestion of the disease’s progress in the orchestration.

The set by Andrew Lieberman is spare. At one point a translucent curtain is drawn across the stage area. The tangles on the raised bars fall. Empty space is left for the full dramatic expression of a person’s fall, and of a family’s bewildered, angry reaction to events over which they have no control. Sky on Swings is a moving opera.