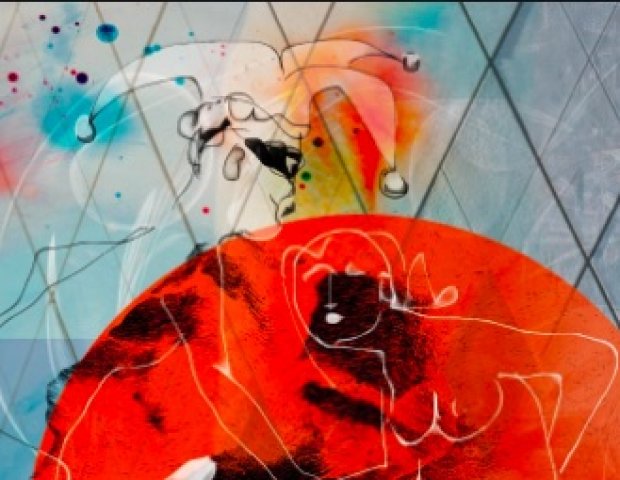 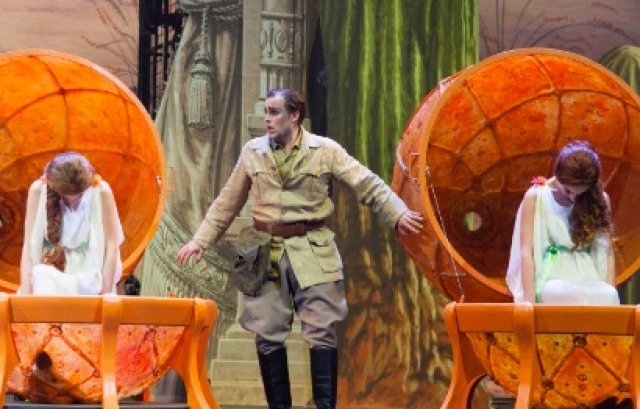 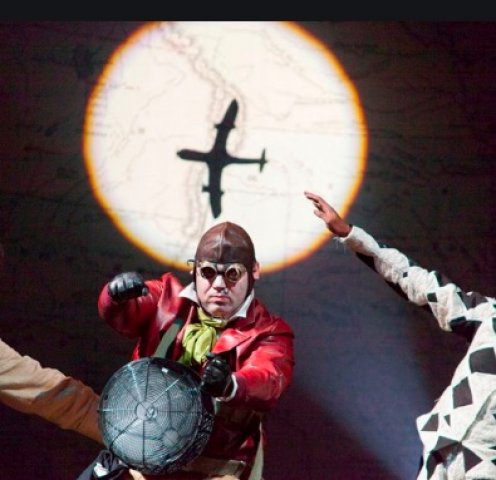 A Ste-Exupery Ride in the Desert 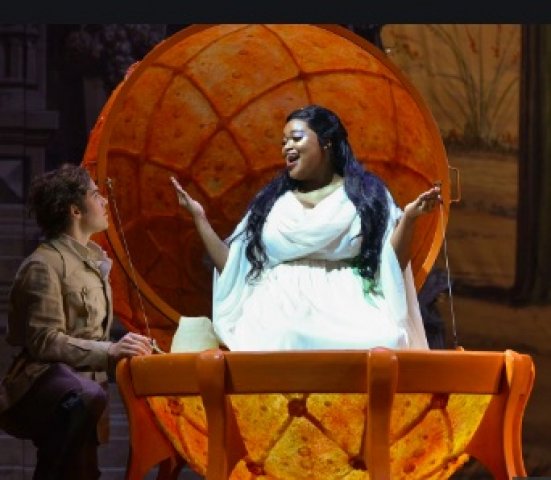 The Prince and Princess Happily Ever After

Apparently the audience for the Sunday performance of Love for Three Oranges at the Academy of Music in Philadelphia was only the second best audience so far.  The best, 1,300 school children who had earlier found this work irresistible.  It is.

This fanciful story is based on the work of Carlo Gozzi, who also inspired Turandot.  Love for Three Oranges combines humor, sadness and fantasy.  The king of an undefined country orders his court jester, Truffaldino, to cheer up his son.  When the prince finally laughs, he infuriates the wicked witch Fata Morgana, who curses him with a passion for three oranges.  He chases them to the ends of the earth.

The cast throughout is superb.  Zachary Jones, who lived with 50 chickens to learn his role as cook, memorably creates the waddling chef armed with a ladle.  Wendy Bryn Hamer does not triumph as Fata Morgana, evil incarnate, but she sings like a heroine.  Jonathan Johnson, who starts out as the depressed, bed-ridden Oblomov figure, is roused to rescue his promised love in three oranges.  His tender caress of notes for Ninetta, the princess he waters to life, matches Tiffany Townsend’s lovely soprano perfectly.  Barry Banks stands out wherever he is, dominating the six tenors of Armida.  Here he takes on the court jester Truffaldino, physically embodying his every move, punctuated by his clear, amusing tenor.

Scenic design by Justin Arienti and costumes by Manuel Pedretti are highlighted by Giuseppe Calabro’s lighting.  The fourth wall is broken by a stage audience sprinkled throughout scaffolding on either side of the action.

Nobody can outdo the word selection of Ben Hecht, great dramatist, screenwriter, et cetera, who attended the dress rehearsal of the world premiere in Chicago in 1922.  Fantastic lollipops, he declared.  Music like this had never come from the pit of the Auditorium, Louis Sullivan's incomparable architectural masterpiece. Strange combinations of sounds seem to come from the street. They include New Year's Eve horns, harmonicas and old-fashioned musical beer steins that play when you hoist them. To the untutored ear, there is a charming capriciousness.  Cadenzas pirouette in the treble. Largos toboggan in the bass. Music and color and caprice are tumbling around in front of our eyes and ears.

The hobgoblin extravaganza Prokovief wrote unfolds rapidly.  The bewildering plot emerges amidst skyrockets and a phantasmagoria of sound. The proscenium with the names of Bach, Beethoven and Haydn chiseled on it, is startled. Singers dressed as they never have been before, tumble and rollick around the stage.  Critics remark that no one will understand it. Critics may not, but the untutored will take a strange delight in the hurdy gurdy rhythms and contortions of Prokovief. They have not seen anything like this on earth or in heaven.

The composer explains to Hecht after the rehearsal is finished, that he is not a modernist at all. He is a classical composer.  Whatever he is, most of us would rather listen to his work than most of the standard repertoire.  Opera Philadelphia under the direction of Alessandro Tavali and conducted by Corrado Rovaris has brought this delightful work to new life.