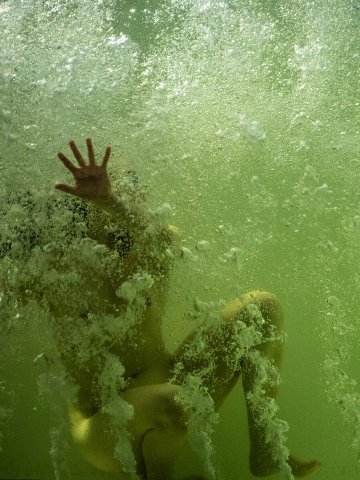 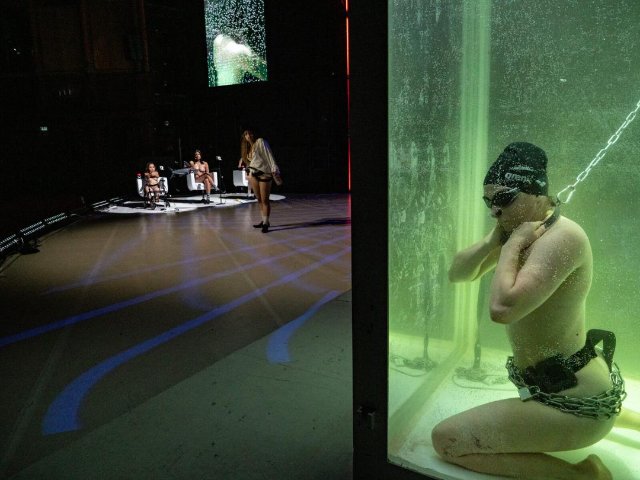 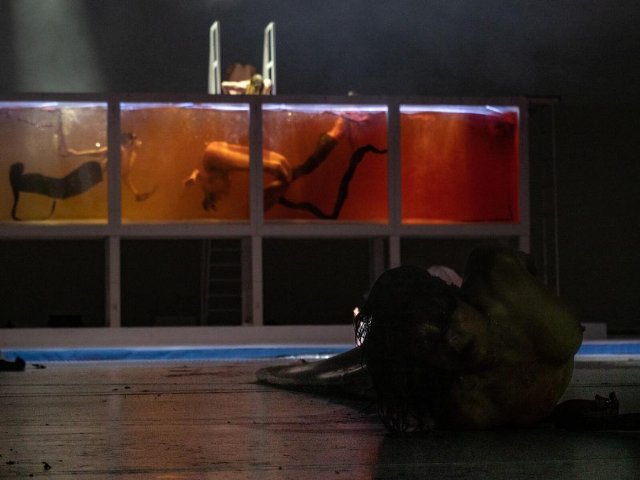 An amazing theatrical performance took place at the stage of the Volksbuehne, Berlin.  The Austrian performance artist Florentina Holzinger made her newest work Ophelia's Got Talent into a show that stretched the technical abilities of the theatre to the fullest.  The opening performance of the season turned into a turbulent whirl of bodies in and out of the waters.

Two water tanks and a swimming pool allowed the naked performers to dance, swim, frolic and act out. As it turned out, this was not enough.  At the end a live-sized helicopter appeared over the swimming pool and took off with them dancing on top and around the vehicle. Kudos to the stage designer Nikola Kneževi?. Who would have thought that so much could fit onto one stage!!!

Holzinger is known as an extreme performer but here she did not work alone.  All women – Ophelias - acted naked, whether they were beautiful, disabled or normal looking.  What they had in common was the ability to stretch their talents.  Freak show met vaudeville, met circus performances, met actors expounding philosophical ideas on the discord of present day happenings.

The theatre experience turned into an orgy in and out of the three pools.  Designed as a talent show with three judges, also naked "Ophelias." the actions soon took on a life of their own. The women swimming resembled fish, caught on hooks.  The waters turned into red ponds where the activities  became more and more franctic - Hieronymus Bosch's paintings of the 16th Century turned into actions.  But not enough with these pools of blood.  TV screens got the audience close ups of the piercing action on stage. A  camera that was to enter the stomach of one performer found, wonder over wonder, fish swimming inside the body. Holzinger herself puts a hook through her cheek - on screen. Over and over the actors sing known folk songs. Even a children's choir intones sweet memories.  Mayham has arrived! Good and bad memories and actions exist side by side. Obviously, the stage is used to be a reflection of society's state of confused  existence.

Shakespeare still had Hamlet's Ophelia go into the water and die.  Here the waters rejuvenate the Ophelias of all walks of life.  The party goes on, wildly, and indulged by the participants. Nobody dies, action reigns supreme. A female Captain Hook comments and leads through time and space.

It is a big production, a bit into your face but not as shocking as anticipated. Theatre it is not, at least not in the concepts we are familiar with. But as big show business it certainly works – in and out of water.