Herman Melville and the Berkshires

Melville's sperm whale the hump of which from Arrowhead resembled Mt. Greylock. Courtesy of Christie's 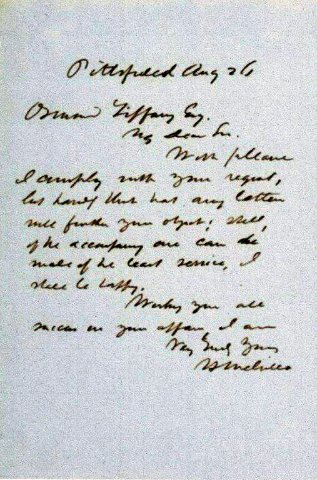 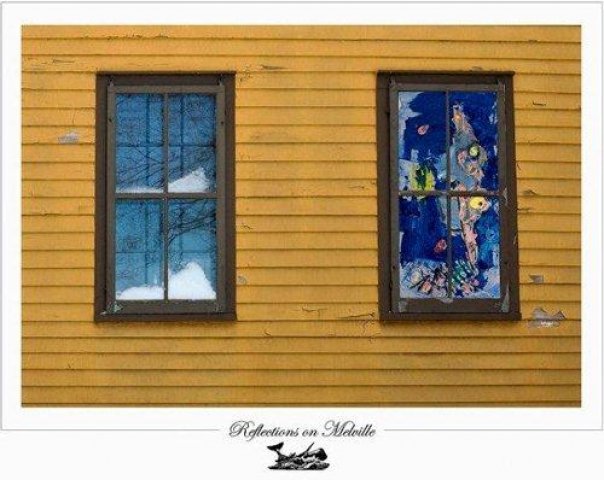 Herman Melville died on 29 September 1891.  I feel some closeness to Melville.  I, of course, knew of him as the author of MOBY-DICK and other books.  However, around 30 years ago, while doing some research for a Hudson River Project, I found myself sitting on the Melville’s Family Porch just steps away from the Hudson River in Lansingburgh, NY – just North of Troy.

His Father had run out of money in New York City and the Family moved North in 1830.  Herman went to school in Albany and did some writing and travelling.  In 1840, Melville traveled to New Bedford, MA and signed up as a crew member aboard the whaling ship, the Acushnet.  Melville had many adventurous experiences in the Pacific Islands and when back in Lansingburgh in 1845 he wrote about those adventures.  That book describing those experiences became Typee and was published in London and New York to best seller status. The Family left Lansingburgh in 1847.  Today, Melville’s Home is the Lansingburgh Historical Society and you too can sit on that same Porch.

Herman Melville came from a line of the Original Pilgrim Settlers (the Melvills) and his Relatives were important figures in the Revolutionary War.  However, Herman’s Father had serious financial troubles and so his Mother had the Family Name changed to Melville to keep the Debt Collectors away.  Money became a problem for Herman as well.  Melville married and in 1850 he borrowed some money from his father-in-law to buy the Arrowhead Farm in Pittsfield. It turned out to be an important decision, as it was there that he completed his MOBY-DICK Manuscript.  Melville knew something of The Berkshires as in 1837, for a few months, he taught at the Sikes School near Lenox.  It is also in The Berkshires that Melville met fellow writer Nathaniel Hawthorne and they developed a deep relationship here.

[In 2011, the BRILL GALLERY was invited to show its REFLECTIONS ON MELVILLE  Exhibition of Paintings and Photographs in the Arrowhead Museum Barn.  This was an inspiring Exhibition of the Works of Regional Artists that connected to the Themes of Arrowhead, MOBY-DICK, Mt. Greylock and the Melville/Hawthorne Relationship.  (Go to www.brillgallery109.com and click REFLECTIONS ON MELVILLE).  A reduced version of this Exhibition hung in the First Congregational Church in Williamstown later that year.]

MOBY-DICK was published in London and then in New York in 1851.  There were high hopes that this book would do very well.  Unfortunately, during Melville’s life, only around 500 copies of MOBY-DICK were sold in the United Kingdom and in America only around 3,200 copies were sold.  That translated to only around $1,300 in royalties.  Melville ran out of money and returned to New York City with his Family in 1863 where he took on the job of a Customs Inspector.  Curiously, his Office was where the Whitney Museum is in Lower Manhattan today.  Although he stayed away from writing another book, he did write some Poetry for his own satisfaction including comments on the Civil War.  Melville died at age 72 and was buried in the Northeastern Section of Woodlawn Cemetery in the Bronx in 1891.  The few Obituaries hardly mentioned his importance.

Around thirty years later, scholars reconnected to MOBY-DICK.  By the 1930s, it became an example of Great American Writing and was studied in many University English Programs.  The interest in Herman Melville continues such that since his death on this day in 1891, more than 60,000,000 copies of MOBY-DICK have been published around the world!

Today, Collectors from all over are interested in bidding on his Books and Letters.  In London on 14 September 2022, Christie’s auctioned off around 100 lots including the attached Letter for a total of $2,783,214.  This letter was written by Melville at Arrowhead on 26 August 1855 to a fellow Pittsfield author, Osmond Tiffany, offering him introductions to various publishers.  This letter achieved $8,190 at the Christie’s auction.