Hollywood in the Berkshires October 17 to 21 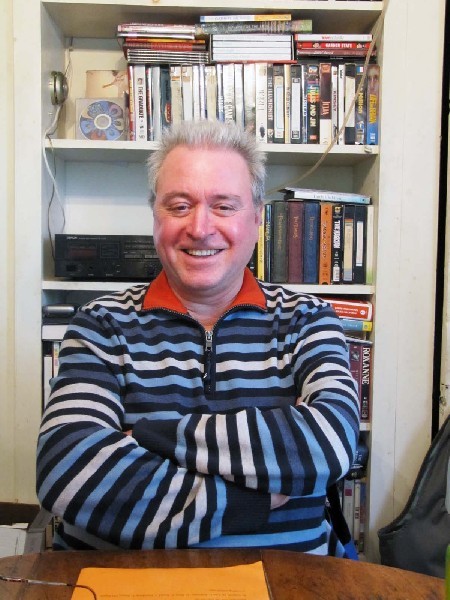 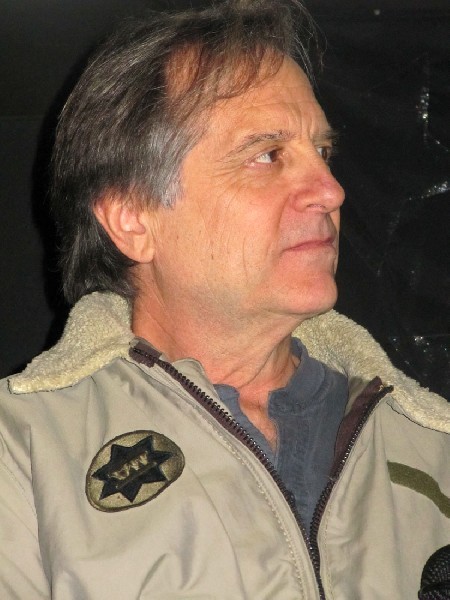 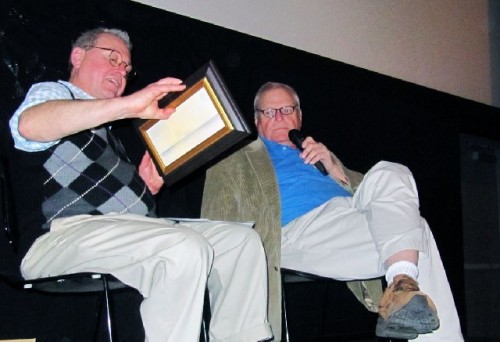 Lawson presented an award designed by Hannock to Brian Dennehy. 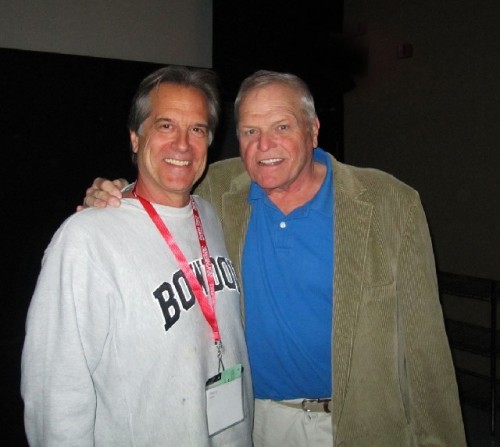 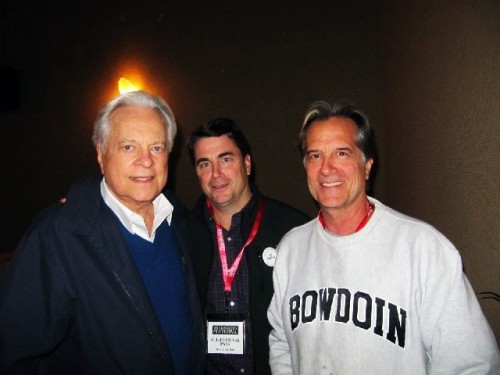 Hannock with Robert Osborne and board president Joe Finnegan. 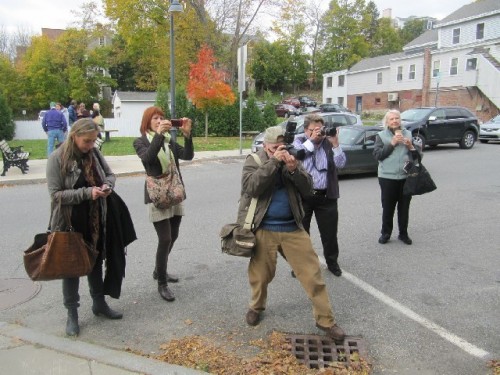 The Williamstown Film Festival's 14th season will run October 17 through 21. On the schedule: 37 films (many of them premieres) a half-dozen parties, and events at MASS MoCA, the Clark Art Institute, and Images Cinema. The complete schedule may be viewed and tickets purchased online at www.williamstownfilmfest.com.

The four evenings of the Festival (available through tickets or a four-night Pass) are:
* Wednesday, October 17: Shorts Night: a medley of WFF short films old and new at Images Cinema.
* Thursday, October 18th: Opening Night: the New England premiere of Dreamscapes, a new documentary about Stephen Hannock, the internationally-known artist and Williamstown resident. Tom Colicchio, who is familiar from "Top Chef" and is interviewed in the film, will attend the screening at Images and have a conversation with Hannock at the after-party at Mezze Bistro.
* Friday, October 19th: Knuckleball, tracing the history of the unique pitch and the 2011 seasons of the Red Sox' Tim Wakefield and the Mets' sizzling R. A. Dickey. Joint event with MASS MoCA, preceded by WFF's annual Benefit dinner at Gramercy Bistro and followed by a lobby party. The film's writer and director and pitcher Jim Bouton (Ball Four) will all attend.
* Saturday, October 20th: Pulitzer Prize-winning author Richard Russo (Empire Falls, Nobody's Fool) talks with filmmaker Brad Silberling and Williams professor Jim Shepard about the pleasures and perils of adapting a successful novel to the screen.
Feature films on the WFF schedule include:
* The Pier, bittersweet comedy-drama about an expatriate lured back to Ireland by his conniving father under false pretenses and their up-and-down relationship
* Any Day Now, winner of the Tribeca audience award, in which a couple - Alan Cumming and Garret Dillahunt - befriend a neglected boy but then face a custody battle. Based on a true story
* Painter Caio Fonseca, charming portrait of the contemporary artist shuttling between America and his work retreat in rural Italy
* Arcadia, in which a father (John Hawkes) and his children drive across America to a new life but can't shed the one left behind. Directed by Williams College graduate Olivia Silver
* Gayby, hilarious fantasia about longtime best friends Jenn (straight) and Matt (gay), who decide to fulfill a college promise and have a child together - but complications ensue
* Supporting Characters, New England premiere of a romantic comedy/buddy flick: two film editors juggle their neurotic director and romantic entanglements
* Circus Dreams, documentary about traveling Circus Smirkus and the talented teenagers who audition, get coached by Ringling Brothers and Cirque du Soleil, and tour New England
In keeping with this season's slogan "MEET YOUR FILM MAKERS," every feature film screened at WFF will have a Q&A with guest artists traveling to Williamstown from across America as well as Canada. The Festival will also present the highly popular All-Shorts slots, with two different lineups on Friday and Saturday including several Sundance prize-winners.
Tickets and Passes are on sale at www.williamstownfilmfest.com or by calling the WFF Ticket Line at (413) 458-9700.
Besides the 4 Evening Pass ($80), WFF is also offering a 5 Daytime Pass ($50) with which buyers select five $12 events, and a Festival Pass to all events except the Benefit dinner ($165). Each Pass offers a discount of 20% off the price of individual tickets.
Back to Film Section Home