At Crone Wien in Vienna 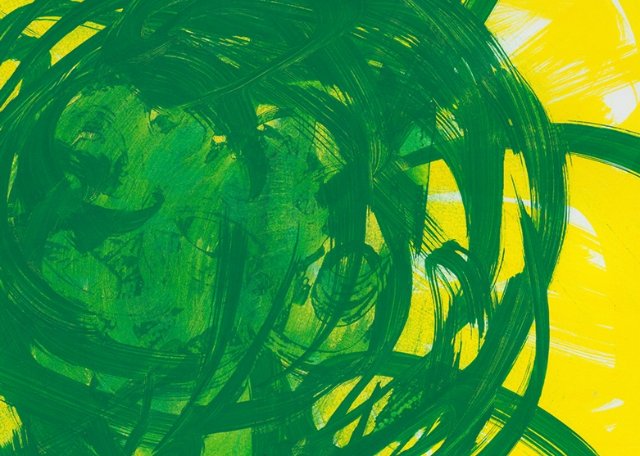 We cordially invite you to the opening of a wide-ranging solo exhibition of new works by Austrian artist Otto Zitko at our Vienna gallery.

In Otto Zitko’s work, space determines form and content. The central design element is the seemingly endless line running across large-format picture panels, sheets, or walls, which is applied with paint rollers or thick oil pens. Behind the supposedly purely expressive character of his works lies a complex structure of self-organization, the sounding out of physiological movement in space, and different levels of consciousness and energy.

The conception for his exhibition at Crone Vienna also refers to the architecture of the gallery, its spatial division, and rhythmic structure. The entrance area, the somewhat lower corridor, and the main room become a perceived physical unity with his typical multiple overlapping lineaments. Although they are autonomous works, they refer to each other. As if they were taken from an all-over room drawing, we can add to the gaps between the works in our imagination to form an overall structure.

It becomes impressively visible how the gestural determines and expands Zitko’s painting: he translates the movement of the freely flitting hand onto the picture carrier and thinks himself beyond it into a space behind it. Lines and strokes are decisively set, at times losing themselves in a somnambulistic state, in the self-loss of which thematic aspects emerge from the depths of consciousness, only to regain control over the flow of the line.

Otto Zitko was born in Linz in 1959 and studied at the University of Applied Arts in Vienna. His works have been and are on view at numerous international art institutions, including the Art Museum of China, Beijing; the Museum of Modern Art, Mexico City; S.M.A.K., Ghent; Kunsthalle Bern; Secession, Vienna; Manifesta, St. Petersburg; Triennale New Delhi; Albertina Vienna; Lentos Kunstmuseum, Linz; and Deichtorhallen, Hamburg. Zitko lives and works in Vienna.