A Crossing: A Dance Musical

Barrington Stage Presents Powerful New Work for All of America 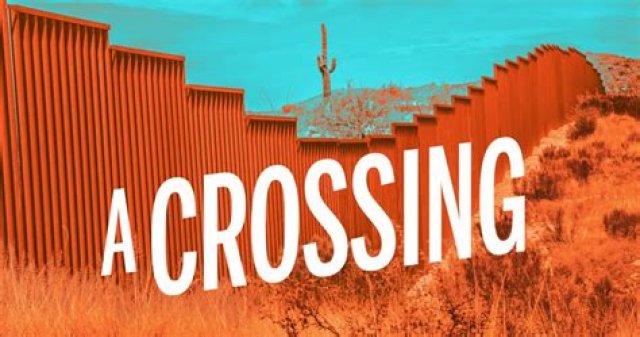 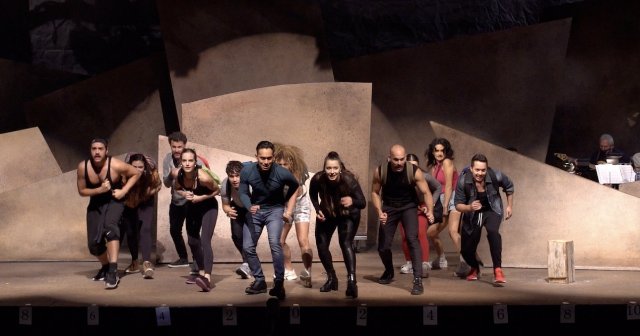 “Six years ago Joshua Bergasse came to me with an idea” Julianne Boyd artistic director of the company shared with the audience prior to the performance. “Then Covid intervened for two years. Now we finally premiere A Crossing: A Dance Musical which is a collaboration with Calpulli Mexican Dance Company.”

We experienced a poignant and powerful evening of social justice theatre.

The dance musical began and ended with an anthem “Is It Criminal” referencing the prosecution of the undocumented crossing from Mexico into the United States.

In between were twenty songs two of which were also reprieves. Uniquely there is no dialogue. The story of a dozen migrants is conveyed entirely through song and dance. More than a “musical” it is less than an opera but something in-between.

The form proved to be tasking  as I did not always grasp the lyrics, particularly when the ensemble performed. The norm is for spoken words to connect the narrative.

That function was conveyed by “narrators” Sol (Andres Quintero) and Luna (Monica Tulia Ramirez). While the migrants wore generic street clothes the Sun and Moon were distinctly costumed to identify them as aspects of Mexican culture. Designed by Alejo Vietti, she wore an emblazoned bustier over a layered, festive black skirt. He wore a jacket with Aztec glyphs.

An Aztec calendar was projected. Inventively its concentric rings rotated separately. It provided succinct semiotics for an ancient people.

These personifications of Mexican culture framed the progress of the migrants through  many adversities of a middle passage.

What conveyed the action brilliantly was the reductive but expressive scenic design of Beowulf Boritt. He created modular, concave, triangular elements. With the sublime lighting of Jason Lyons, projections of Jeff Sugg, and sound by Leon Rotenberg, we followed the migrants through rough terrain and physical challenges. Their ordeal was visceral and palpable through desert, violent rain, and a raging river to cross.

This team was miraculous in helping us to realize the epic struggle of generations that risked everything to embrace the American dream. As expressed in song and dance they endured uncertainty to reach a nation that regards them as unwelcome intruders.

The score in English and Spanish drew on folk tradition and instrumentation. The orchestra was embedded in the set. There was crisp use of percussion that accented strong dance moves.

As we come to meet the individuals in the company they each have stories of brutal repression, poverty, and crime inflicted by cartels. A pregnant woman is fleeing an abusive husband. The parents of a 17-year-old girl were lost to the cartel. A man plays a harmonica which he was teaching a son left behind. He is a mentor and father figure to the tormented young woman.

To undertake this dangerous passage they paid the Coyote played with macho swagger by Omar Nieves. We wonder at his motivation. On the one hand he hands out water and guides their way. Then we see him come close to rape. But they have no option but to trust him.

Through wonderfully expressive choreography the one act musical unfolded with consistent energy and momentum. It was a very even ensemble with strong voices and fluid movement. There was much to marvel at with the players of the bilingual Calpulli Mexican Dance Company.

The ripped from the headlines story, even more relevant today then when it was conceived six years ago, is admirable for its restraint and resistance to didactic agit-prop. The approach is more like a documentary which allows the audience to come to its own conclusion.

These are simply people like you and me who aspire to the American dream.

It is the story of my own family. My Sicilian grandfather was a stowaway and remained undocumented. This musical made me think of our Mexican cleaners Carlos and Candy. They would see themselves in this play.

While not cloying or didactic the musical pulls no punches about the risks and loss involved.

A stunning highlight features a man drowning in the Rio Grande. This is staged and choreographed with succinct, galvanic impact. It evoked a gasp from the audience. Another vignette conveys the murder of a migrant gunned down by a Texan vigilante.

While focused on a group of migrants this is the story of all of us. It conveys an America rooted in exclusion, violence and intolerance. This is a stunning new musical for all Americans.