Trump Promised to Drain the Swamp 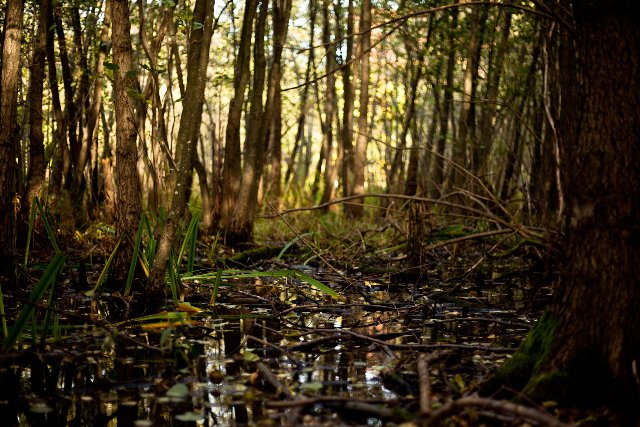 It’s been almost a year since November 2020 when Mr. Trump lost his presidential reelection bid but secretly refuses to accept his defeat.  And “the big lie’ theory continues to poison the political well being of the nation.  Since then, the country has been in a constant state of fear, division and distrust.  Timing and choices that effect everything in our lives, also may be influencing the almost uncontrollable events sent by Mother Nature in the form of a worldwide pandemic which has been exacerbating our civil turmoil and political unrest for over sixteen months.

When the people ask for answers and solutions to issues that are plaguing our democracy we’re denied the full truth.  Instead, we’re handed even more obfuscation and finger pointing along with shifting the blame and stonewalling in the hope that we the people will tire of the issue.

And, if that wasn’t enough of red flag warnings to concern our elected officials, the country then had to deal with the ignominious January 6, 2021 insurrection.  The storming of the Capitol by a band of self-proclaimed Trump loyalists and barbarians who breached the gates at his behest, causing our allies and friends to refer to the USA as a South American banana-styled republic.

The beacon of democracy and hope has not only been dimmed, it’s literally been taken away from us inside our borders by our own countrymen.  All this was made crystal clear prior to January 6, 2021 in screenwriter and director Billy May’s powerful and provocative 2017 film “The Comey Rule” that covers the Trump presidency prior to the first of his two impeachment trials.  It was a prescient signal to America to be on guard to the possibility of losing our democracy from within by those who covet autocracy over democracy.

May’s film highlights the lengths then president Trump was willing to go in his war with the FBI and its director James Comey.   Their relationship was poisoned from moment the director was handed a loyalty oath to sign.  If signed, that would clear the way for the president to co-opt the FBI by allowing it to become politicized and weaponized for Trump’s personal war on his perceived enemies in violation of FBI rules and regulations.

The president’s revenge for “disloyalty” was to fire director Comey, then continue his feud with the Agency by symbolically throwing certain FBI civil servants out with Jim Comey’s bath water, despite its 112 years of outstanding agency service, credibility, reputation and its effectiveness to the country.

Trump constantly demonized his own FBI agency at every opportunity in his vendetta to destroy it with a king-like edict of a loyalty oath he demanded from all his cabinet and department heads who were forced to sign it.  Comey, however, demurred when asked to sign the oath and his refusal cost him his job.

One of the main reasons the arts and the media are still available to us is due in part to the boldness and fearlessness of both communities.   It is a testament to their resolve in keeping our 2021 democracy and the people well informed.  The main underpinning of our democracy, after all, relies on free speeandthe rule of law in America.  Both of those concepts have come under heavy attack over the last five years.

Now is the time for using “better late than never” as a prudent rationale for reexamining why our current political leaders lately appear to be tired of living in our 245 year-old democracy.  I still feel the sting of the ominous words spoken by Russian Premier Nikita Khruschev who smugly said … “we will bury you from within without firing a single shot.”   Nonetheless, the threat of losing our democracy by any means is unacceptable, especially in today’s politically divided and angst-filled society.

Khruschev’s chilling words spoken over 55 years ago seem less chilling and more perplexing in 2021 because of the actions on the part of what some of our elected officials are saying and doing these days.  They have all sworn an oath to protect the Constitution and by extension, we the people along with our democracy-based way of life.

Alas, it’s a pity but understandable why some Americans today feel the need to ask where one stands when it comes to politics and the nation’s future.  The autocrats of the world are popping champagne corks to celebrate our embarrassment and fall from grace and in their eyes the United States of America, is no longer the world’s greatest democracy.

Also vexing is why some of our elected officials appear to be recanting or abandoning their original sworn oaths?  We have been taught that the truth to power pushback from the people will set us free.   If so, why is our American way of life over the last five years beginning to look a little frayed around the edges?  The arts and our media are the best pathways to reach the people who, allegedly and ultimately, are in charge of America via the power given them through our Constitution that guarantees all U.S. citizens the right to vote.  Remember, Congress works for us.

We owe it to all the people that we remain a refuge for free speech in these politically charged and perilous times.  Every day in America that brings more troubling new facts and/or news about a new scandal relating to our politicians makes my heart sink a little more and I begin to worry again for our future as a democracy.

Also I believe that it’s safe to say that most Americans are familiar with the political term “drain the swamp.”  Five years ago the incoming political players promised to drain the swamp and “Make America Great Again.”  Most of our countrymen are law abiding, God fearing, patient folks who are still waiting…and waiting… and waiting… for that change to take place.

As a country we have survived many ups and downs because we are a unique and special nation.  We have worked very hard in our 245 years of existence to become the envy of the world.  We, however, are not perfect but we continue in the pursuit of seeking perfection.  After all, life on planet earth is a complicated, on-going work in progress.  Personally, I find it more rewarding these days to be an optimist rather than a cynic.  So, this time let’s really “drain the swamp” for the right and honorable reasons.