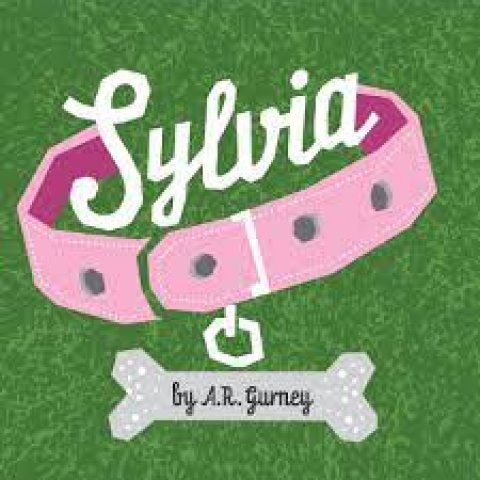 Sylvia by A.R. Gurney at the Arvada Theatre in Colorado 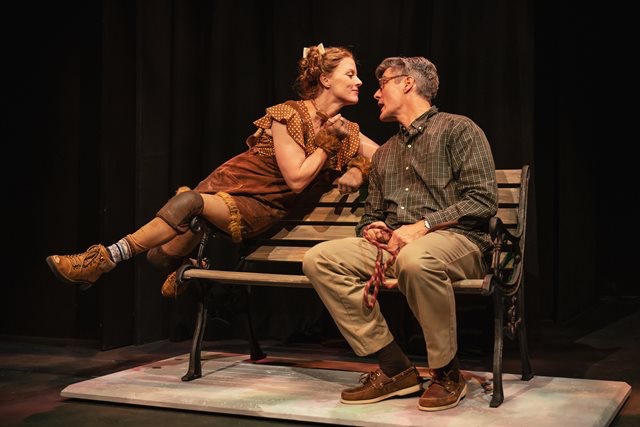 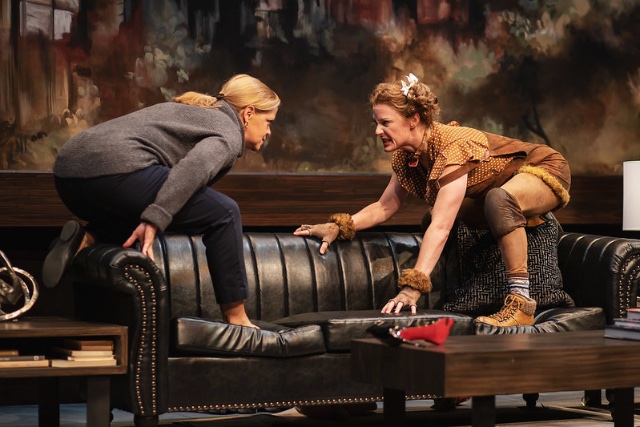 Kate and Sylvia battle it out. 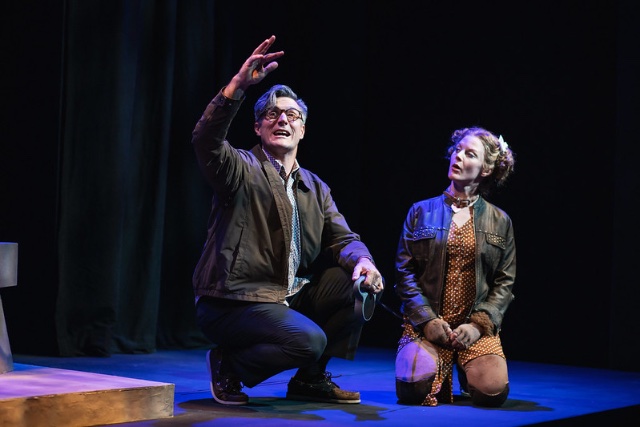 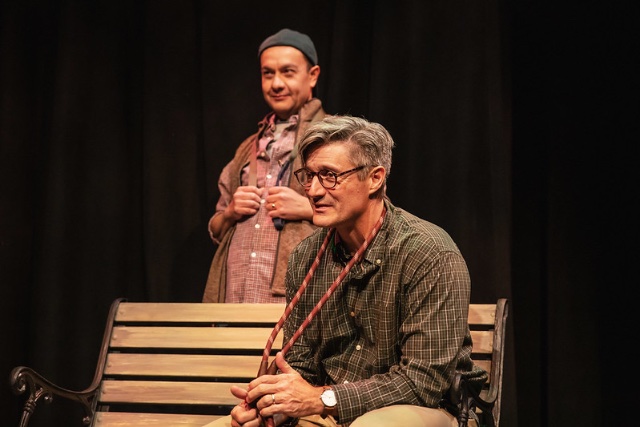 Lizcano and Saxe contemplate the folly of their beasts. 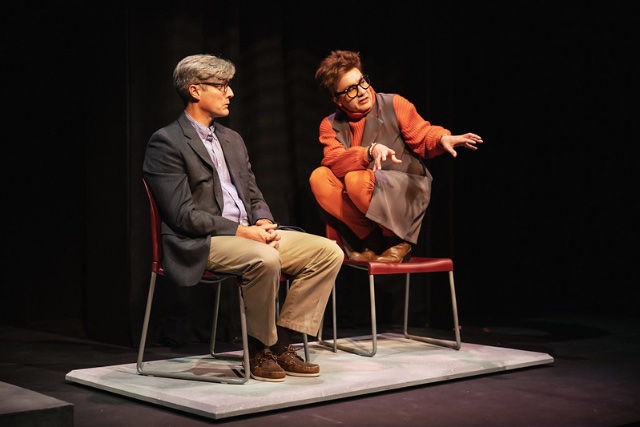 Greg with his couples' counsellor, Rodney Lizcano, a triple threat in this production. 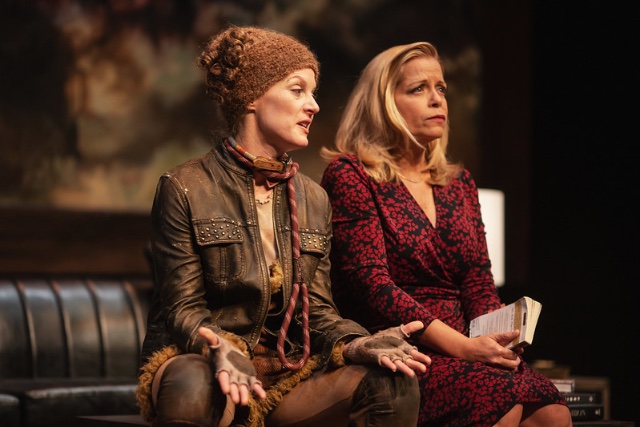 Sylvia tries to convince Kate of her virtues.Kate finds herself curiously upset by a lost red ball belonging to Sylvia

A. R. Gurney’s Sylvia had a 1995 production in New York featuring Charles Kimbrough, Blythe Danner and Sarah Jessica Parker. It is one of Gurney’s most frequently produced plays. A husband in mid-life crisis prefers the companionship of a dog to a mistress.

The new production of the play at the Arvada Center in Colorado is brilliant in its conception. By pushing the three characters outside the husband, wife, dog triangle to humorous and touching extremes, the central triangle seems quite normal.

Jessica Robblee’s performance as the dog Sylvia is the best I have seen. She is choreographed, capturing every gesture you have ever seen or imagined a dog performing. Not only does she lick, scratch, cuddle and leap, she also performs sex with objects of desire. Phyllis, an uptight Vassar graduate of indeterminate gender, visits Kate, the unsatisfying wife and third member of the love triangle. Kate's arc is the most complex. She is brought to life by actor Kate Gleason.

Male mid-life crises are a familiar,  real event in the lives of most men. Gareth Saxe captures Greg perfectly, from the moment he returns from Central Park in New York trailed by his new love interest, Sylvia. The conversation in the early part of the play consists mostly of exchanges between Greg and Sylvia.  Kate, the wife, does not welcome the new mistress to her marital bed, or, in fact, her home.

This is a play about the relationship between husband and wife and their struggle to move beyond an empty nest.  Kate’s work introducing Shakespeare to junior high students is fulfilling. Greg is bored at his consulting job.

What is special about this production is both the feeling of triangle and the sense that the third party (a dog) is both fulfilling the husband’s unfulfilled feelings. in the relationship with his wife, Sylvia  alerts  the wife to the absent expressed love.

Rodney Lizcano is brilliant in all of his roles. They are over the top, each in a different way. As a fellow dog walker in the park he is proud of his dog Bowser’s sexual prowess. Sylvia wags her bottom furiously to catch Bowser's attention. As the cross-dressing, conservative Vassar graduate, Lizcano turns on his high heels and at first tries to ignore Sylvia. He then flees the apartment when Sylvia cannot resist the scent of his butt.

In this third take as psychologist Leslie, Lizcano is dressed in pitch perfect orange, the color defined unforgettably by Anthony Burgess. "Queer as a clockwork orange.” Burgess refers to a person who “has the appearance of an organism lovely with colour and juice but is in fact only a clockwork toy to be wound up." Leslie's scribbled notes are torn up after Greg has raised a not-so-subtle protest.

Resolution of the drama does not take place in couples’ counseling. Time and open hearts allow the triangle to exist together until the end of Sylvia’s life 11 years later. Lynne Collins has brought intelligence and humor to this delightful work.

The Arvada production captures the play’s subtlety in broad strokes.

At the Arvada Center in Colorado until November 7.