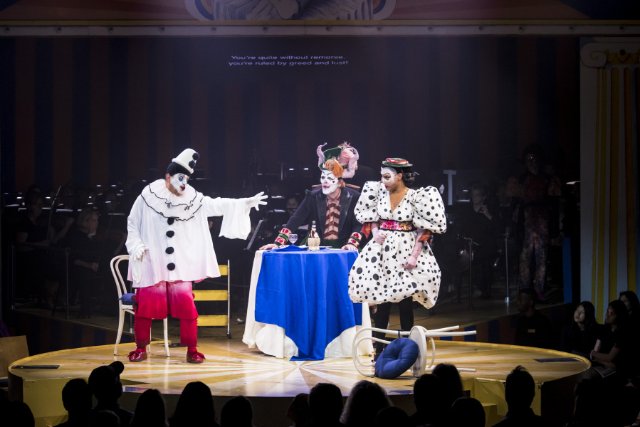 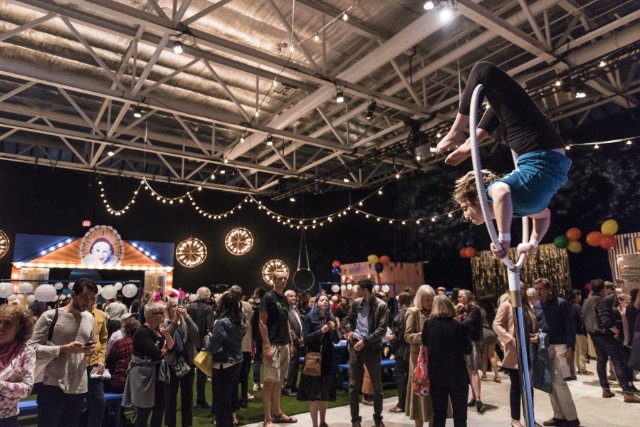 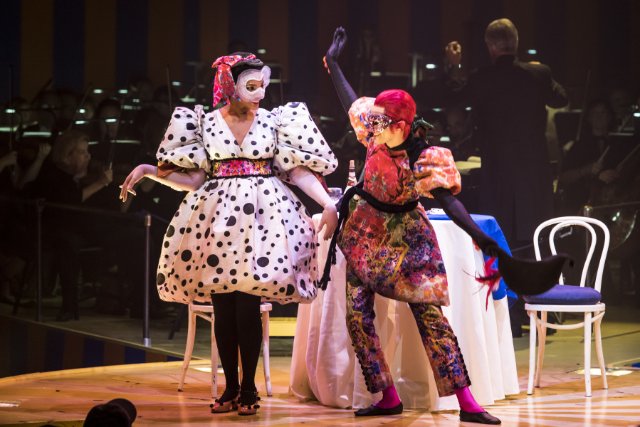 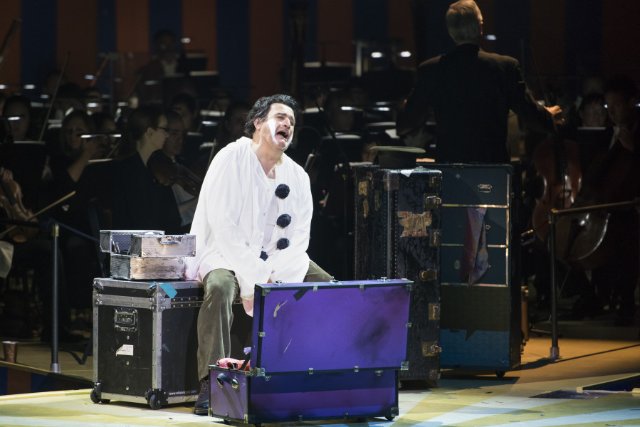 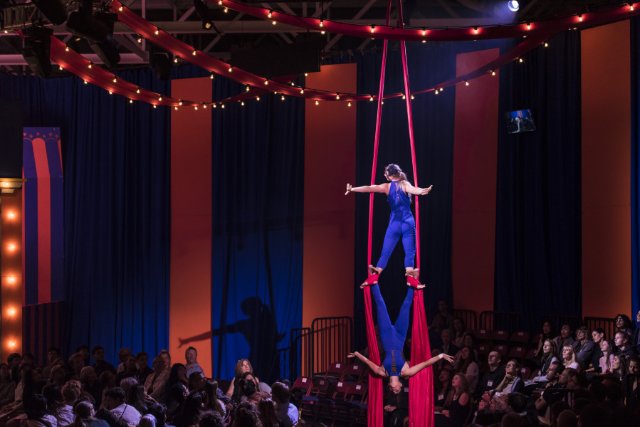 Boston Lyric Opera’s season opener Ruggero Leoncavallo’s “Pagliacci” brings inventive staging and design to their production. It promotes a carnival-like atmosphere that invigorates the storyline and engages the audience. Following the plot of a traveling troupe of performers, going from town to town. “Pagliacci” tells a short but intense story of “love, power, jealousy, and the blurring of lines between theater and reality.”

The production is true to the carnival-like atmosphere of this 1892 Italian opera. European towns would be entertained by street-like performers in front of a travelling show, to draw attendance. The set designer Julia Noulin-Mérat and stage director David Lefkowich create a circus area just outside of the actual theater seating area.

The audience first enters an interior-created fairgrounds installation, complete with fortune teller and balloon pop stand. They can toss for prizes coupled with roving clowns playing music and play acting. There is a show-stopping performance by two female aerialist acrobats hanging from ribbons and steel rings, suspending themselves 30 ft. off the ground. All of this circus activity is contained in another example of BLO’s truly innovative and creative use of the North End’s DCR Steriti Memorial Rink.

Once showtime arrives, a multi-colored giant curtain is drawn open and the circular stage under a circus tent is revealed with conductor David Angus at the helm of the orchestra delivering a passionate score.

Before the actual cast takes to the stage, a further audience-engaging surprise occurs. The “village theater goers” walk-in and encircle the stage, conversing and singing in trained operatic voices.

The stand-out role of “Pagliacci” is Mexican-born tenor Rafael Rojas as “Canio” and his murderous circus clown alter-ego of the title. In the emotional break-down scene when Canio realizes his love is lost, Rojas’ song of lament is soaring and authentic. Joining the cast, is African American soprano Lauren Michelle making her debut with power and grace. She demonstrates  range in voice and performance as “Nedda”, Canio’s un-faithful wife. She has fallen in love with a villager “Silvio” sung in tonal richness by baritone Tobias Greenhalgh.

Almost stealing the show is veteran baritone Michael Mayes as “Tonio.” The angry master of ceremonies, forever the physical outcast of the troupe, is secretly in love with Nedda as well. In the opening scene Mayes’ Tonio confronts Nedda alone in her tent. Rejected and laughed at, he tries to force himself on her. Mayes’ body contortions, physical gesturing and posturing show-off an actor clearly in control of the stage. In the last scene, he aptly concludes the opera in clown costume after Canio as “Pagliacci” has murdered, on stage, Nedda’s lover Silvio. As theater becomes reality in that instant, and with tragic closing effect, Mayes’ Tonia exclaims to the audience, with gaping smile “The comedy has ended.”

Once again the company brings unique, contemporary and an innovative approach to productions. As the season opener, “Pagliacci” delivers both, with the circus-carnival atmosphere that surrounds the opera physically and emotionally. The production features a stellar cast of veterans and new-comers. They invigorate the intensity of jealousy and passion of Leoncavallo’s tragic “play within a play.”