Laurie Anderson at the Kaplan Penthouse

The Sound of Music and the Music of Language Mix 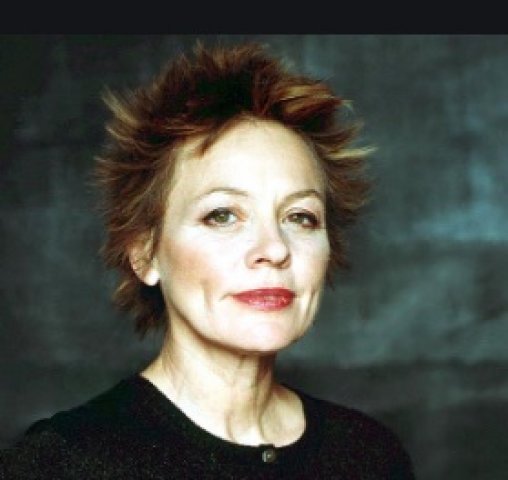 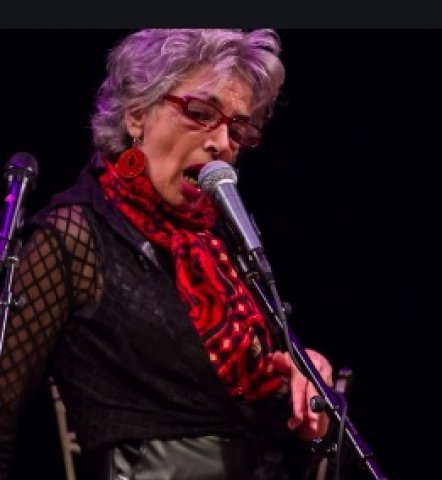 Shelley Hirsch sings the classics with more voices than you ever imagined. 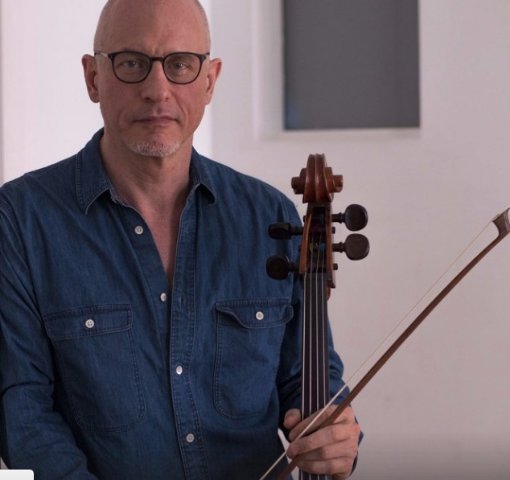 Erik Friedlander explores the many moods of the cello and travel 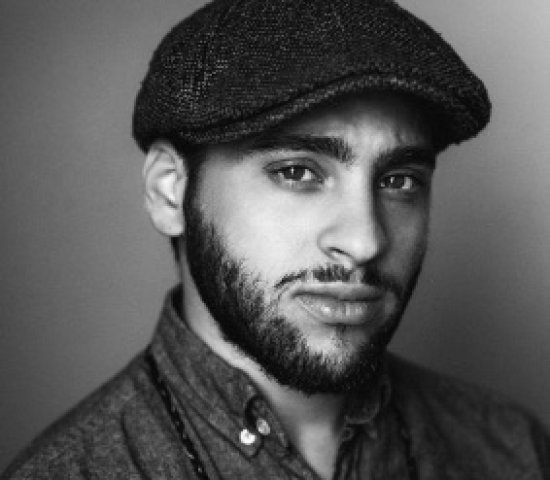 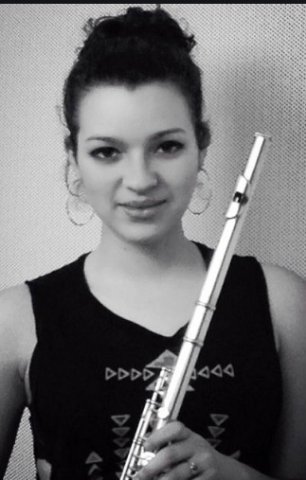 Elena Ayodele Pinderhughes, on the flute and signing beautifully

Laurie Anderson curated the New York Philharmonic NightCap at the Stanley Kaplan Penthouse on October 5.  This nightclub event followed a performance of Hector Berlioz’ Symphonie Fantastique in David Geffen Hall.  The host, Nadia Sirota, pointed to the connection between Berlioz’ and Anderson’s work.  Both are founded on narrative.

Anderson is fond of working at 3am in a zone between sleep and waking.  She records herself babbling for hours, playing keyboards and projecting different sounds.  In the cold light of the morning, she may find a nugget that won’t go away. She circles round it.

The evening starts with just such a nugget.  Anderson makes a laconic observation about her dying mother, caressing her own voice as her mother triggers images of animals on the ceiling in her hospital room.  Anderson plays the violin accompanying her narration.  The mother gives thanks for the presence of her children.  Anderson’s voice is warm, loving, understanding, an anthem of appreciation.

Then she moves to another mic, filtered as though through a tunnel, and set so Anderson’s voice becomes deep like her father's.  When she lost him, it was like losing a library.  Usually we import a male to portray the male figures. It is striking to have Anderson speaking for her father, literally inhabiting him.  He is present to us through her.

Anderson brought along three friends and fellow artists.  She did not hear their soundchecks, so like us, she is having a first look/hear.

She introduces Shelley Hirsch, who sings a traditional club set including Blue Skies and Blue Moon.  Her play with 1001 voices on words and especially on tones, she becomes a modern Scheherazade.  Swirling in a chartreuse skirt and sequined top, Hirsch may sing conventional songs, but she is hardly conventional. She coos, cackles, and hoots.  Seemingly weird, but always intriguing sounds invite us into a different auditory space, and bring us to the primitive origin of sounds.  As she soars and rasps and whistles, we hear bird calls recalling Olivier Messiaen and then African sounds of the Missa Luba.  Gutsy only begins to describe this artist who has a perfect sense of the path to sung feeling.

Erik Friedlander on the cello, accompanies images his father Lee photographed as he traveled around the US.  We are on the road, the cello often a rich guitar, plucked and strummed as we ride on Routes 50, 30 and 22.  Black Ice and Propane, Road Weary, and a lovely tribute to a beet growing great uncle, a Finnish farmer in Yakima, explore travel on the cello in unimagined sounds. For many moments, banks of clouds whir by, as though we are watching the billows lying on a bunk in our cross country truck.  The cello scoots along with the clouds, an unstoppable process.

Samora Abayomi Pinderhughes and his sister Elena Ayoldele, perform on piano and flute. The deep mysteries of keeping to our narratives are called out.  One song describes a Texas woman falsely arrested and then jailed.  She was killed, but the narrative let out of the jailhouse exonerated her jailers. Samora cautions us to never let our narrative be altered.  Picking up the theme ‘process,’ Samora's own lost love is mourned and brought to new life.

These New York Philharmonic Nightcap evenings are often intimate looks at the artistsand  their work.  With electronic effects on every bench, and mics adjusted for depth and resonance, we are taken on a journey through new sounds, full of meaning.  Nadia Sirota, hosting, talked Anderson into describing her love of laughter and her wish to delight.  She always does.