Getting Off the Beach 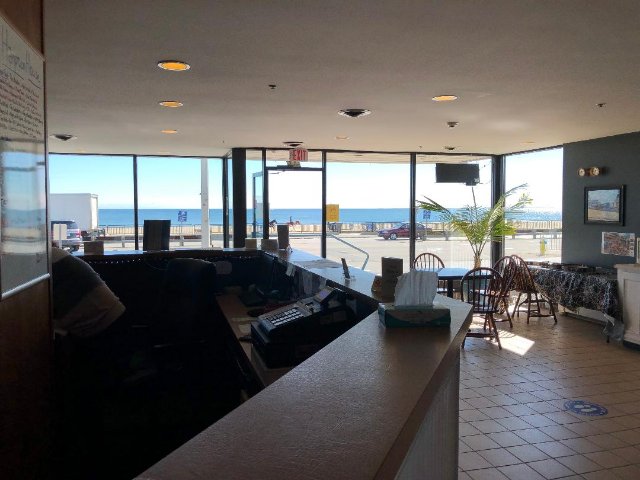 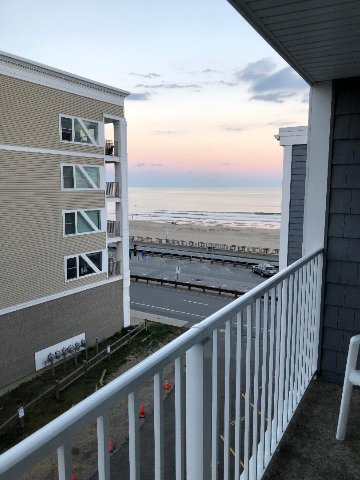 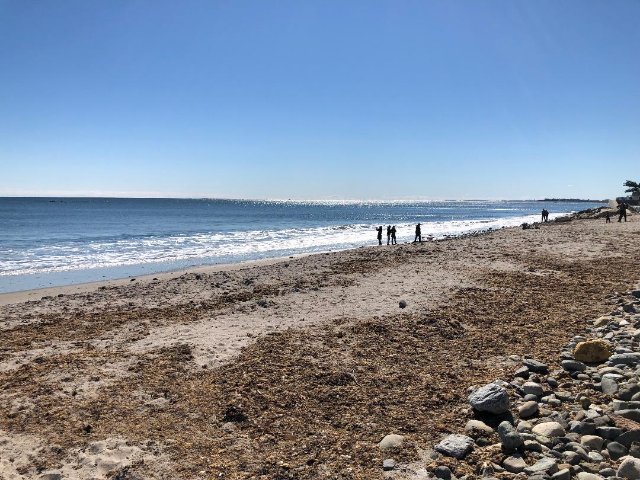 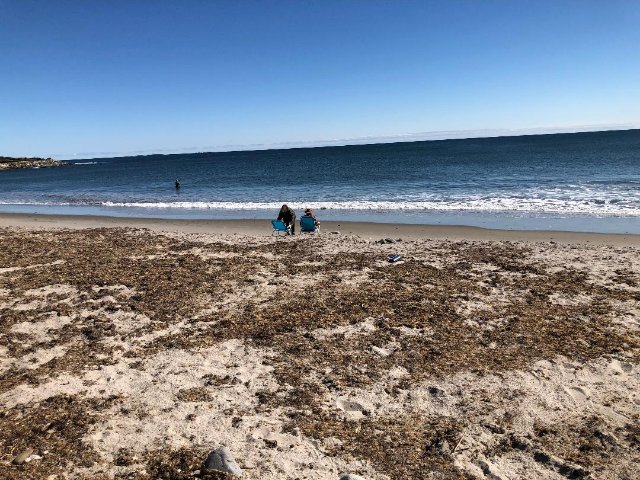 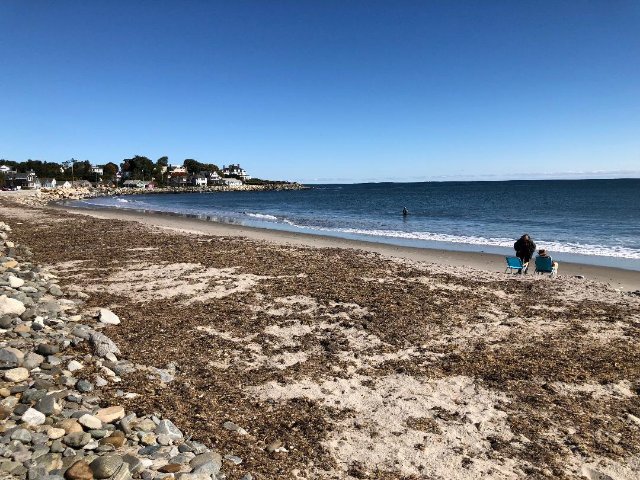 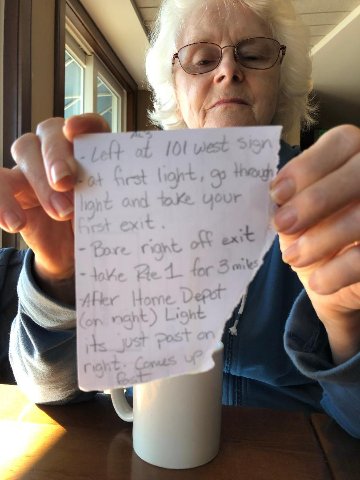 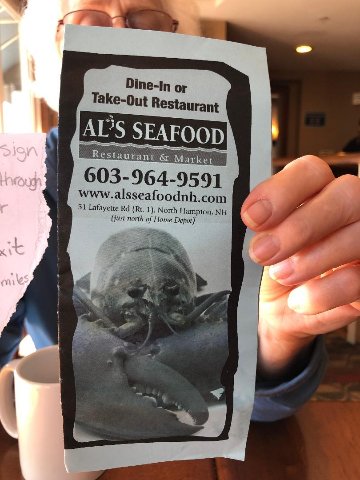 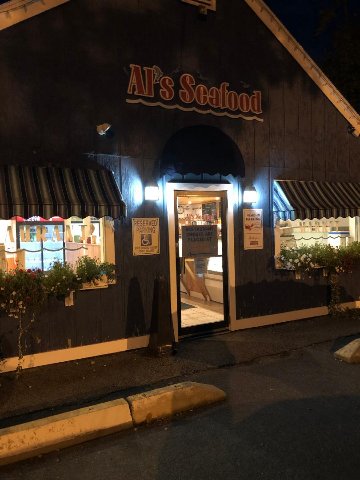 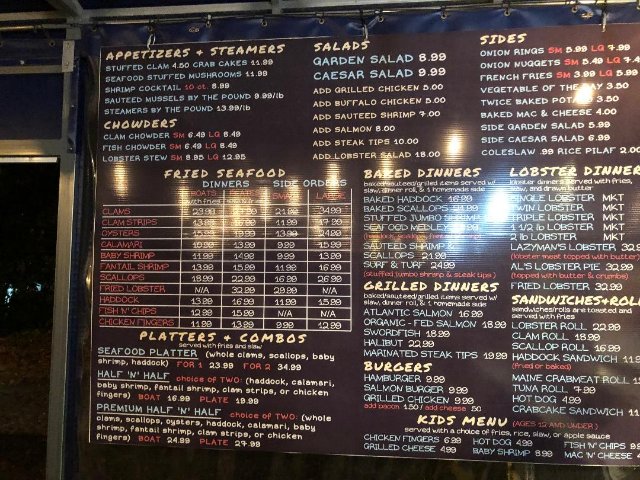 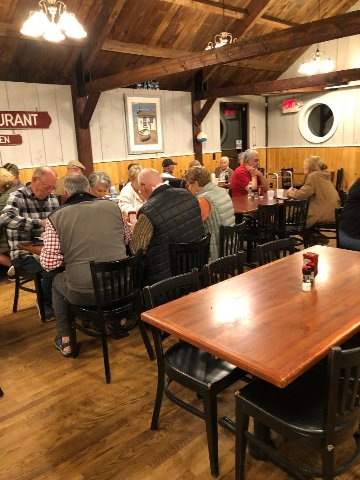 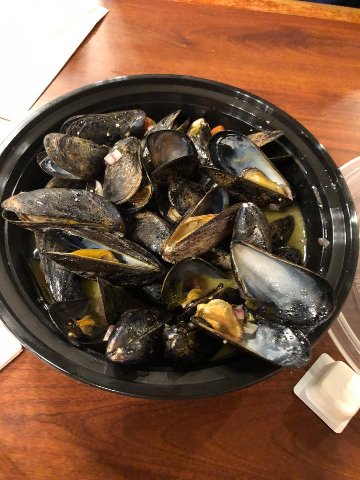 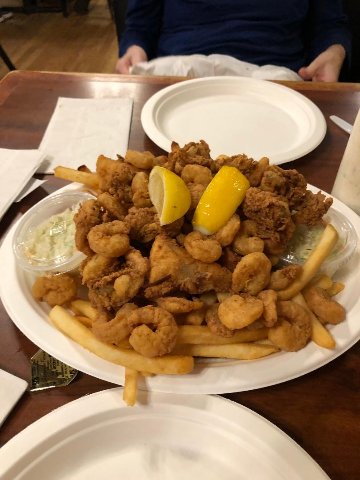 a heaping mound of seafood 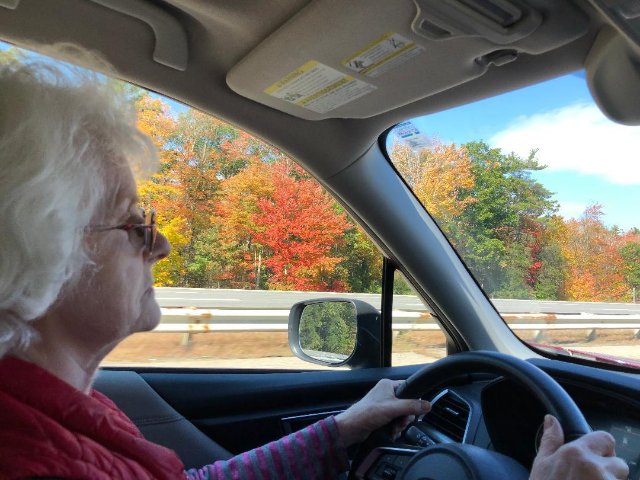 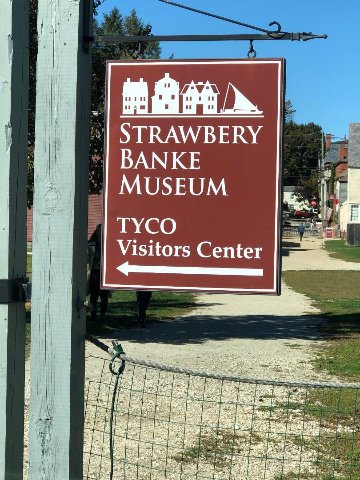 A day at Strawberry Bank

Headed north during Indigenous People's weekend on our way to  see friends way up in Maine.

An army advances on its stomach.

So it is with travelers. How I disdain the term tourists preferring explorer and adventurer.

Like the dude we used to celebrate who sailed the ocean blue.

Fighting holiday traffic out of Boston we stopped at Hampton Beach. That put us in striking distance of Portsmouth with its vintage architectural site Strawberry Bank.

Too late in the season for swimming but Astrid loves to suck up the fresh salt air.

Perched on the seawall I just stared out at the curling gentle waves. Intrigued by the natural rhythm as they crash into white foam creeping up on the shore.

There were lots of diversions along the strip from bars and restaurants to tacky gift and surf shops. None of which  were of any interest to us other than a decent joint for a bit of grub.

The folks at the front desk were very helpful.

On a white board was a dense display of places they recommend.

Some were ok they opined frankly but acknowledged most as pricey and not very good tourist traps.

"Besides it's end of the season and they are cleaning out. No way of knowing what you'll get."

"If you want good food you have to get off the beach and head inland" he said. "We like Al's for fresh and cheap  seafood. We dine there quite often. Nothing fancy, you order at a window outside and they bring it to your table. It's where the locals go."

While sounding enticing I wanted to know how far and directions. He said just about fifteen minutes but I'm not good at following instructions.

Amazingly, he meticulously wrote them out on a scrap of paper.

They started with a counterintuitive, narrow short cut that meandered along and after the  eventual traffic light, veered off to the main drag of Route One North.

We passed lots of enticing restarants and shopping malls.

The landmark was Home Depot and a traffic light and the joint comes up right after that.

Astrid set out to inquire but could not confirm or deny.

We asked a passing young couple who informed us that it was a Mexican restaurant. Which, by default, was an acceptable plan B.

But she looked up Al's on her smart phone. It seems  we were two tenths of a mile from our destination.

There's a point in these travel adventures when I get rattle and have a meltdown senior moment,

Back on the highway we immediately spotted our destination.

Delightfull it was just as described and then some.

Looking at the vast menu we were overwhelmed with options.

'Take your time" she said reassuringly.

The twin lobsters looked enticing but we were saving that for a shack by the ocean.

We settled on mussels as we always do.

Then split a double order of the works.

It proved to be a huge mound of shrimps, scallops, clams and chunks of haddock. Over a bed of fries. Astrid is allergic to scallops so I cleaned them out. She focused on the rest especially the shrimps and haddocks. We agreed that the clams were so so.

Looking around at the rustic benches and tables it seemed that we had dropped into the senior's center. Not to say that we're better or different. For sure they were locals.

We  used GPS to get back home by a simple and scenic route that led to 1A and the ocean drive. Not that we could see anything.

It's a route we took the next day heading on to Portsmouth. There were magnificent homes and mansions next to the ocean. The rustic breakwater was piled so high, however, that you couldn't see if it for long stretches.

What you see below is a senior moment. I'm traveling with a new Apple airbook and its unfamiliar OS. I'm a PC guy and made a mistake I now can't get rid of. Oh well.