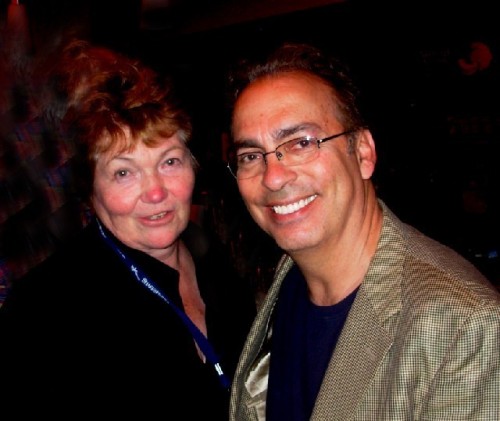 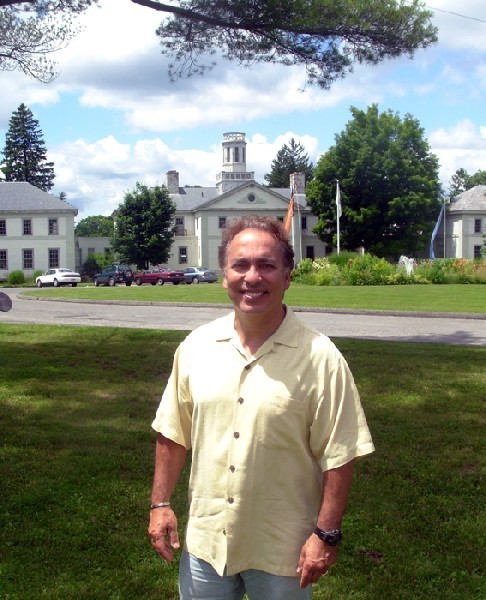 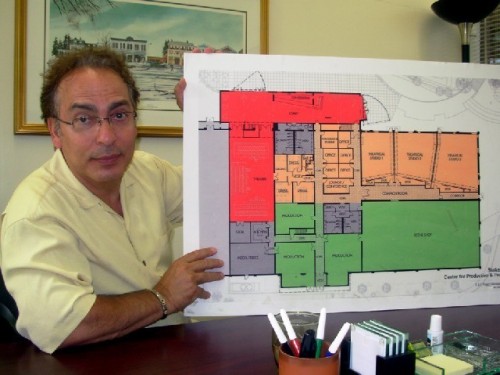 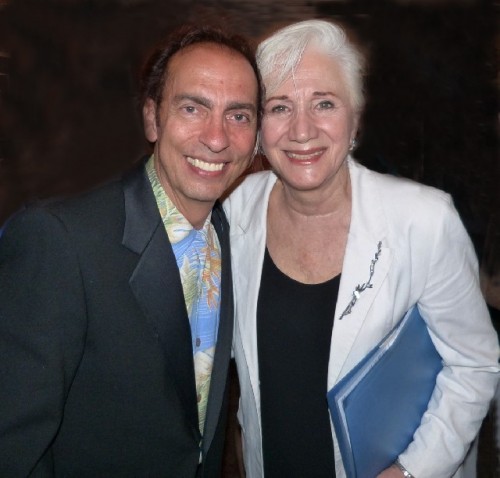 With Olympia Dukakis who appeared twice under Simotes. 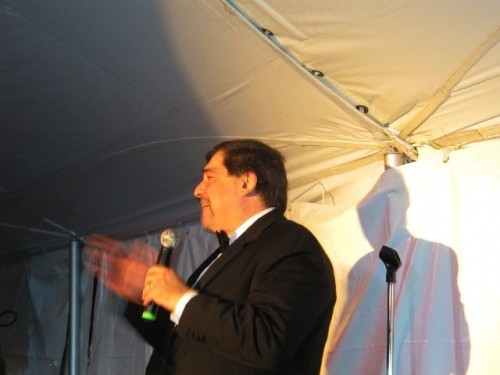 Tony Simotes played Puck back in the day when Tina Packer founded Shakespeare & Company at The Mount in Lenox.

Years later he returned to take over from Packer as the company's second artistic director five years ago. It soon was revealed that the company was burdened by debt that threatened to shut it down.

Loans were restructured and budgets were cut back.

Packer had attempted to spend her way out of the recession by producing too many productions that didn't reach their targeted goals.

Last summer there were fewer plays and an increased focus on Shakespeare the mandate of the company.

While making progress Simotes was recovering from cancer treatments.

Under demanding circumstances the company made considerable fiscal progress while holding to the highest level of artistic standards.

Over the past year the board initiated changes. Quietly long term business manager Nick Puma was let go replaced by a board member while a search was initiated for new management. (Official word from the company and a request for a "correction" states that "Managing Director Nicholas J. Puma, Jr. resigned his post at Shakespeare & Company in May 2014 (he actually wasn’t let go/terminated.)" There has been no clarification of the circumstances that led to the "resignations" of two long term and essential members of the company.)

When Rick Dildine was hired some months ago it was announced that artistic director Simotes would report to him. In public they put on a happy face but insiders wondered how long that would last. Simotes concluded the season he had selected including the second in the cycle of history plays. It remains to be seen if the cycle will continue as planned.

When asked about box office numbers mid August we were informed that they were about the same or slightly better than that time in 2013.

Although it was the 450th birthday of the Bard some felt that there was too much Shakespeare in the season. Even the contemporary works had Shakespeare themes. Significantly the only non Shakespeare show Marsha and Spike sold out its run. That reflected a popular comedy and the change of pace that the audience was seeking. Most recently the company got mixed reviews for Private Eyes.

We were surprised on opening night of that play when it was introduced by Dildine. That evening Simotes was nowhere to be seen.

Inquiring I was informed by e mail that Simotes was on leave for the semester teaching at nearby Amherst College.

With his departure that's the last of the founders in management positions.

It is anticipated that new and younger leadership will result in further changes for the company and its extended family.

If the board initiated program last summer is an indication we may anticipate more focus on Shakespeare moving forward.

While making the company more unique in the Berkshires it remains to be seen how audiences will respond. A judicious mix of traditional and contemporary productions would seem to represent broader appeal.

On every level Simotes leaves the company in better shape than he found it.

For Dildine, Tony whom many in the theatre community regard as a great colleague and friend, will be a hard act to follow.

LENOX, MA (Oct. 10, 2014) – Shakespeare & Company has announced that Artistic Director Tony Simotes’ term will end on November 10, 2014. It was announced today by Rick Dildine, Executive Director and President of the organization.

Simotes has served as Artistic Director the past five years after succeeding company founder Tina Packer, who held the position for over 30 years.

“We thank him for his wonderfully creative expression and service,” Dildine said.  “We have no immediate plans to replace him and wish him continued success in his new ventures.” Over the coming weeks Dildine will work to assess the company’s structure going forward.

Located in The Berkshires of Western Massachusetts, Shakespeare & Company is one of the largest Shakespeare Festivals in the country, founded in 1978 by Tina Packer.  The organization attracts more than 60,000 patrons annually, with a core of over 150 artists and more than 30 full-time staff. The Company develops and performs Shakespeare, classics, contemporary, and new plays of social and political significance, generating opportunities for collaboration between actors, directors and designers of all races, nationalities and backgrounds. Shakespeare & Company embraces the core values of Shakespeare’s work: collaboration, commitment to language, visceral experience and classical ideals, expressed with physical prowess and an embodied contemporary voice. The Company offers one of the most extensive actor training programs by a regional theatre in the country, where professionals from all over the world come to train with the Organization known for its original, in-depth, classical training and performance methods. Shakespeare & Company is also home to an award-winning and nationally recognized theatre-in-education program, one of the largest the Northeast; it reaches more than 45,000 students annually with innovative performances, workshops and residencies. For more information, please visit www.shakespeare.org.