The Sound of Music on National Tour 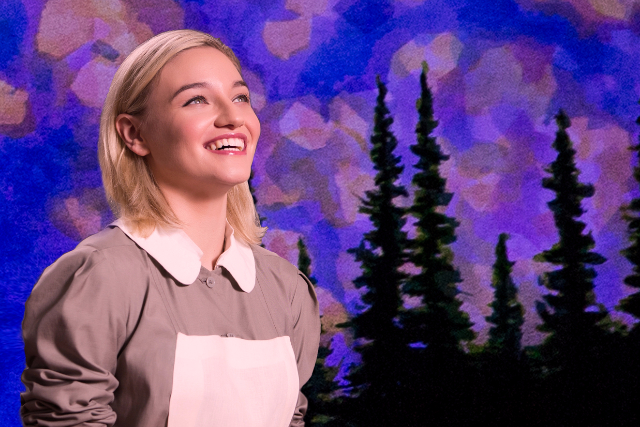 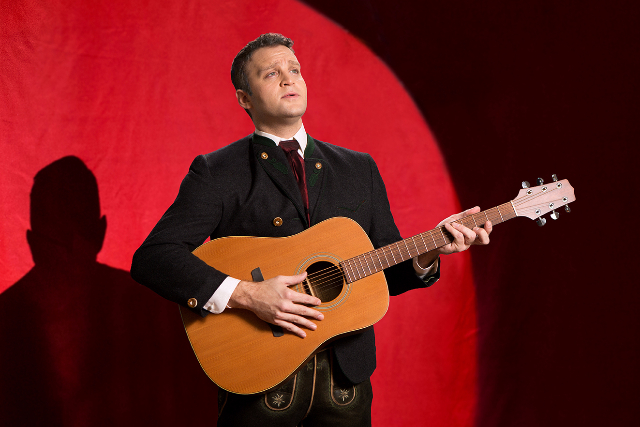 Chances are, you’re familiar with The Sound of Music.

The production, which has been on the road since 2015, is playing the Broward Center for the Performing Arts in Ft. Lauderdale through Oct. 22.

Nothing against the mega-successful movie musical or previous quality productions. But in O’Brien’s staging, the songs, story and choreography and characters brim with more humanity, nuance and energy than your grandparents might recall from an older version.

Themes like the ability of art to heal and empower as well as the importance of family and community are timeless. Still, they resonate more strongly these days, due to the climate of divisiveness and fear pervading 2017 America. O’Brien ensures these and other themes, such as finding your niche in the world and moving on following a tragedy, remain in our minds long after the final curtain.

O’Brien re-freshens the musical without ruining the show. Of course, quality direction means nothing if you don’t have quality performers who can communicate the director’s vision in a convincing, lively fashion.

The current crop of cast members sing and dance expressively and gracefully. The cast presents convincing, multi-faceted performances. A fine orchestra accompanies with flair as performers sing Rodgers’ glorious music in a heartfelt, expressive manner. Curiously, there is no overture to whet our appetites for Rodgers and Hammerstein’s breathtaking, memorable score.

All quality productions of The Sound of Music require a strong, lively Maria.

Soon after the show begins, Wiley makes it clear that Maria finds peace and happiness amid the picturesque mountainous landscape near where she grew up. She comfortably sits on a log like a happy, carefree child sitting on her favorite piece of playground equipment. Joy and a sense of calm radiates from Wiley’s sweet, expressive voice as she smiles and sings the title song.

This outdoor setting is obviously “home” to her. But so is the Nonnberg Abbey. Just listen to the pleading in her voice as Maria begs The Mother Abbess (Lauren Kidwell) to allow her to live as a nun.

Later, Wiley’s Maria seems genuinely torn between living a worldly, married life and remaining in the abbey. But Kidwell’s wise, understanding, compassionate, but steadfast Mother Abbess insists the young woman look inward to determine where she truly belongs. Kidwell demonstrates a strong, rangy voice in her rendition of “Climb Ev’ry Mountain,” metaphorically suggesting that Maria look extensively to find her true calling. Neither Kidwell nor the other performers playing nuns resort to stereotypes or caricatures. The sisters come across as moral, pious women willing to forgo worldly affairs and devote their life to service and God.

While Maria may not be cut out for such a life, she can still lead a holy life and marry von Trapp, the Mother Abbess gently explains.

The Austrian Naval captain, as strongly played by Mike McLean, transitions seamlessly from a stern, commanding, joyless widower to a charming, affectionate, relaxed and happy father. We find ourselves rooting for Maria to marry the captain over socialite Elsa Schraeder (an elegant Mellissa McKamie).

Schraeder can be charming, but Maria has brought joy and music back into the lives of the captain and his kids. They are played by child actors, each convincingly creating a believable, different character.

Keslie Ward portrays 16-year-old Liesl with an independent air. She injects her with the right amount of playfulness, sarcasm, flirtation and tension during the duet “Sixteen Going on Seventeen.”

She sings the song with local youth Rolf (an arrogant and later hostile Chad P. Campbell).

O’Brien ensures the conflict between Capt. von Trapp and the Germans is given full weight. The result is a highly dramatic, tense battle. We feel our blood pressure rise as the Nazi officers demand the captain accept a commission in the German Navy. Although we know the outcome, we sit spellbound and practically in prayer that the storm troopers won’t find the von Trapp family, who’ve gone into hiding. The scene during which the officers search the Abbey at the end is a white knuckler.

Tense scenes are deftly contrasted with playful ones, such as one featuring the light-hearted number “The Lonely Goatherd.” Maria sings the fairy-tale-like song to distract the frightened children during a thunderstorm. They’re huddled closely in her cozy room within the captain’s large home as Maria plays make-believe with the children.

It all looks so fun, we want to join them in the game-like song, which carries the effect of whisking us back to a carefree childhood. Suddenly, we see lightning and hear deafening claps of thunder -- contrasting markedly from the song’s caressing, carefree melody. The impending nasty weather outside symbolizes the “storm” brewing for the von Trapps.

There’s plenty of variety in O’Brien’s production. The darkness of the confined Abbey contrasts markedly with the gorgeous, multi-colored mountainside, suggesting a sunset.

Credit goes to scenic designer Douglas W. Schmidt for his striking, vivid sets and lighting designer Natasha Katz. She creates ambiances appropriate for different scenes, ranging from romantic and elegant, to dark and dangerous to bright and cheery.

Like us, these characters experience moments of brightness and darkness. Nevertheless, during rough times, they must forge on, like an indomitable mountain climber who won’t quit despite a particularly grueling stretch.

The captain is a fighter, and McLean endows him with that kind of spirit.

With its hummable tunes, simple, descriptive lyrics and relatable story, The Sound of Music remains a familiar crowd pleaser for many. But as is the case with any classic, you can discover something different with each new viewing.

Credit O’Brien for helming a production allowing us to do just that.

The Sound of Music continues through Oct. 22 at the Broward Center for the Performing Arts, 201 SW 5th Ave., Ft. Lauderdale. For a complete list of touring venues and prices, visit  http://thesoundofmusicontour.com.