154 Years of Serendipity at Gallery Kayafas 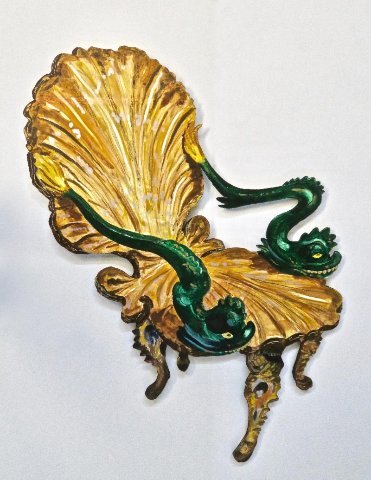 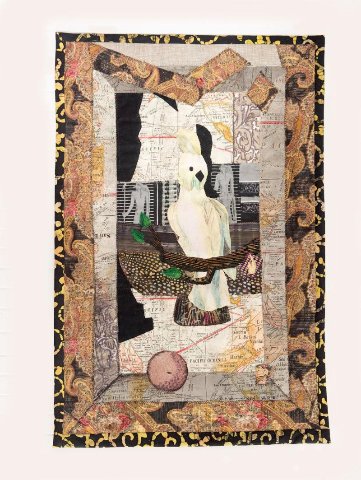 John Walsh, Director Emeritus of the J. Paul Getty writes about the pairing of Wainwright & Kizik, their work, and his relationship to both artists.

It was a brilliant idea to show these two artists together! I should know: our house is full of their work, paintings by Kizik on the walls, quilts and pillows and hangings by Wainwright all over the place, even a rug that she made to commemorate Lulu, our bull terrier. Our admiration for these artists, which began in Boston in the late 1970s, might have diminished when we moved away, but it hasn't.

Wainwright and Kizik are excellent company for one another. Each of them makes work that is joyous, smart, funny, and sometimes poignant, and each has developed in parallel but separate ways.

We first encountered Clara Wainwright in 1977 when friends told us to dress up on New Year's Eve and join the parade on First Night. She and her husband Bill had invented that zany New Year's Eve celebration the year before. We trooped down Boylston Street behind a band and costumed crowd following the spectacular Grand Wizard and Queen of the Night, everybody cheerful in the bitter cold. That these people were also serious artists became clear when they moved near us and we could see their work. In Clara's case that meant delightful fabric collages with stories to tell. Dinner at the Wainwrights' was a collage of talk. They (mainly Clara) were genuinely curious about what every guest thought about the news and the issues of the day-Carter and Reagan, Chernobyl, hijacked airlines, Rosie Ruiz, the Israelis bombing Beirut-and they went around the table for opinions. Sometimes the question was simply, "What have you done recently that was really exciting?" Clara was not cut out for producing art for art's sake.

She had begun quilting in 1972, inspired at first by artists she admired: Matisse, Klee, Picasso, Modigliani.  These were quirky little works of art that spoke to each other.  When she moved into a 2,000 square foot studio, her quilts grew and told more complex and entertaining stories.

In time she realized that other people could collaborate on quilts if she taught them how. She would propose themes that touched their lives individually and in groups (faith, the Millennium, community, the environmental crisis), and then, sitting together in good American folk tradition, they created their own self-portraits and collaborated on a subject they were involved with, and had plenty of time for conversation. She has worked with more than 50 community groups--recovering addicts, school children, recent immigrants, hospice workers, wives of Gloucester fisherman-who found common ground in the process. For her, art has been an exploration of community values and sometimes a means of achieving social justice. These collaborative quilts hang in churches, schools, hospitals in Boston, Cambridge, Somerville and Gloucester.

The imagery in her recent wall hangings ranges from her dream life to whimsical fantasy to funny-but-deadly caricature. She has brought back the idiotic hothead Donald Duck, who is right at home in these days of futile wars, self-seeking, and political idiocy. Daffy Duck, noted like Donald for his poor impulse control, is here too, in another work with Tweety in the midst of a violent tweetstorm.

Wainwright is inspired by images and ideas--from poetry to today's news on NPR-as well as by her materials, an encyclopedic storeroom full of fabrics that she has collected. With an idea or an image in mind, she digs around in the mountain of scraps on her work table and stacks of fabric, sorted by color.  Images hidden in the fabric often cause her to change course or cast of characters, and she is off like a jazz player, in another direction.

I first met Roger Kizik in the late 70s after I'd seen an astonishing painting of his at a dealer's and went to Fort Point to visit him in his big loft. Big, but his paintings made it look cramped. The place was stacked with enormous canvases slathered with paint (the term "gestural" doesn't begin to describe it). Nobody in Boston painted like this: these years were high tide for Color Field painters at the Boston MFA, where I was working: stripes, targets, chevrons, dots, and all manner of stains and sprays. Painterly painters were rare. Kizik made large, aggressive abstract forms in bright acrylic colors, all with an irrepressible energy, played off against patterned backgrounds that attempted to impose order on the compositions. There wasn't just paint: all sorts of stuff was stuck on the surfaces. (I remember underwear and a feather boa.) Kizik was painting on a scale suited for large public spaces. Now, 30-plus years later, he has been making more approachable work, less heroic but equally exuberant, fed by his travels, his readings, and his frequent trips to galleries and museums.

Kizik has often turned to museum objects that he can transform, or liberate, or parody. He makes the upper half of the Zeus of Artemision, seen from below, into a life-size cutout. The bronze carapace of the king of the gods is still wearing its corroded pre-restoration surface, which Kizik pulls apart to reveal a rooster roosting inside. Zeus's thunderbolts have been missing since the piece was discovered, so Kizik chooses to restore them, using lightning that seems inspired by Classic Comics.

In a recent MFA exhibition of Matisse, Kizik was enchanted to come across the artist's Venetian chair, and he responded as Matisse himself had: he painted it. His picture was the last event in a droll sequence: 19th-century craftsman carves and gilds a huge scallop shell held open by dolphins for people to sit in; Matisse, amused by its over-the-top elegant impracticality, puts it in his studio and paints it many times over; Kizik sees the chair, portrays it with colors more vivid than life, but foreshortened and flat--then cuts it out and mounts it on the wall floating above the floor.

Wainwright and Kizik have virtues that go far beyond talent. They have bucked every art-world fashion for 40-plus years, remaining tireless, curious, imaginative, and generous. Their work, each in its way, has made many lives richer.  -John Walsh, 2018

Walsh is the Visiting Professor of the History of Art at Yale, and was the Mrs. Russell W. Baker Curator of Paintings at the Museum of Fine Arts, Boston, from 1977 to 1983.