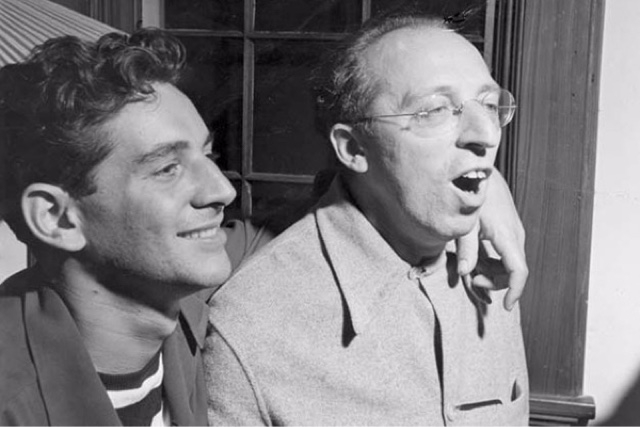 A peculiar sense of existential dread hung over Wednesday night’s concert at Carnegie Hall, the first of the young season featuring the American Symphony Orchestra under the baton of its long time music director Leon Botstein. For this concert, titled “The Sounds of Democracy”, Botstein chose 20th century music by Leonard Bernstein, Roger Sessions and Aaron Copland, leading lights of American music in the last century but now largely ignored by the fast-food reality-television culture of the 21st.

The concert opened with Copland’s Canticle of Freedom, itself composed as a pointed response to the interrogation of the composer by Joseph McCarthy, Roy Cohn and the House Un-American Activities Committee. The Canticle, based on a poem by John Barbour, finds Copland in his most modern mode, starting with a descending orchestra theme that is later echoed by the mixed chorus. The text sounded blurred, a problem that would plague the Bard Festival Chorale throughout the evening, but the orchestra playing was taut.

Roger Sessions has become the invisible man of modern American music. In a teaching and composing career that spanned the country, he wrote eight significant symphonies, which are now largely ignored. The Second was programmed here, a rewarding piece written in a twilight style that falls between the perfect serialism of Webern and the expressive, chiaroscuro tones that signaled the death knell of romanticism.

The first movement drove relentlessly forward, laying out the tone rows from which a vast structure emerged, building on itself in a rapidly developing crystalline structure. That structure was smashed in the scherzo. Here, each jarring rhythmic shift was implemented with the force of a ball-peen hammer. This cleared the way for a long slow movement, a barely-moving Adagio in the mold of Shostakovich. This music was written in the wake of the death of Franklin Delano Roosevelt and it offered not comfort, but the numb shock of frozen grief.

Sessions was a master of formal structure, and the fourth movement managed to return to each of the thematic ideas from what went before. Botstein wove these movements into a labyrinthine new structure that combined the grief of that slow movement with the fury of the first two, Botstein is to be lauded for returning to his composers music to the awareness of New York concert-goers: perhaps one day, like Mahler, Sessions' time will come.

The second half of the program featured Leonard Bernstein's Symphony No. 3, a sprawling seven-movement setting of the Kaddish, the Hebrew prayer for the dead. Bernstein, whose centennial is being celebrated this year, wrote this work in the early 1960s,and its funereal character was seen as mourning the assassination of John F. Kennedy two years before. Bernstein sets the prayer for large chorus, children's choir and a soprano voice. The work employs a huge orchestra in the Mahlerian mode, with the composer's taste for exotic Latin percussion flavoring the sound at certain moments. There is also a Narrator, who engages in Job-like rants against an unfeeling and uncaring divine presence. The effect of the spoken word part is unsettling and intense, especially in the stormy early movements. Cleveland-based actor Thimas Q. Fulton Jr. played this poor unfortunate soul.

This work is graceless in its first two movements but the Adagio is inspiring, a exercise in slow crescendo that allowed soprano Pamela Armstrong room to soar majestically over the orchestra. The later movements had Fulton taking a less hammy and more conciliatory tone in striking a bargain with God. As he spoke over a wordless humming chorus, one felt the spirit of faith and the pathos of prayer. The finale throws itself back to the first movements in the Mahler manner, now triumphant in a rainbow of glittering orchestral sounds. its impact was only slightly diminished by some innocent, early audience applause before the final “Amen.”  (Reprinted with permission, Superconductor).