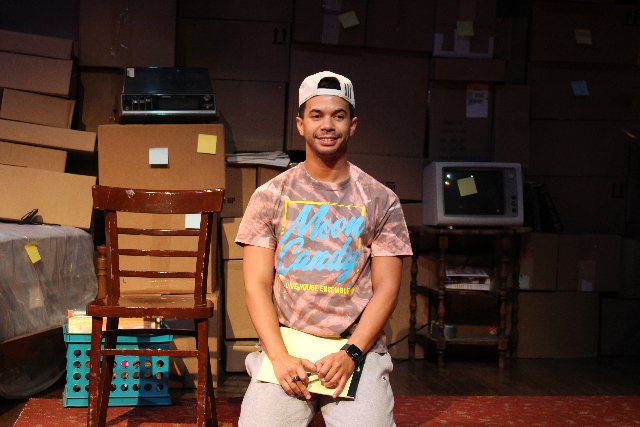 Lists.  Everybody makes them.  Often, lists can be reminders to take action – lists of things to do or groceries or activity schedules or guests to invite to a party.  But they also serve to keep records – to catalog checks written or music saved or household inventory.  My wife and editor, Karin, has listed virtually everything she’s eaten in the last 18 years, in print so small that few adults of a certain age can read it (it’s a long story!).

Duncan MacMillan’s award-winning, 60-minute, one-person play, “Every Brilliant Thing,” centers on a list reflective of obsessive compulsion.  The narrator/protagonist itemizes everything worth living for.  Remarkably, he starts the list at age seven.  As might be expected, what’s worth living for in the world of a boy includes things like ice cream, roller coasters, and the color yellow.

As the narrator ages, his values evolve and his intelligence expands, but he persists with the list.  He decides that what is worth living for should be both wonderful and life affirming.  And the list becomes populated with items that are more complex - defined by phrases rather than objects - like “The fact that there is a song somewhere that is perfect for the time” or “People who can’t sing but either don’t know it or don’t care.”  These recitations are often humorous and nostalgic, as we reflect on the things we appreciate in our own lives.

So other than the obvious revelation of the narrator’s quirky passion and his maturation process, how does this content constitute material for a play?  A parallel narrative arc intertwines events in the narrator’s life.  Most importantly, we see the depressive burden of being a child with a suicidal mother.  But we learn over time of his relationships with his music-loving but distant father, his wife, teachers, and analysts.  Some vignettes are particularly illuminating such as discussions of Johann Goethe’s “The Sorrows of Young Werther” and the Samaritans “Media Guidelines for Reporting Suicide.”

What distinguishes the play is the theatrical conceit of structured audience involvement.  Attendees read out items from the list and play counterparts to the narrator in mini scenes.  To facilitate this device demands an actor with skills beyond the script.  Fortunately, William Hodgson, Co-Founder and Co-Artistic Director of Oakland Theater Project (formerly Ubuntu), is just the man for the job.  He exudes the necessary charm, empathy, and quick wit, as he prompts and cajoles participation with great aplomb.  He is directed by his partner-in-crime, Michael Socrates Moran, who shares the same OTP titles as Hodgson,

A necessary consideration in reviewing a theatrical piece of this sort is to assess whether audience participation enhances or detracts from the drama.  “Every Brilliant Thing” would certainly work as a straight forward one-person show.  It would be more focused and intense with the possibilities of its seeming deeper, darker, more poignant and penetrating, but at the risk of being flatter in the wrong hands.  Conversely, audience participation yields spontaneity, with every performance being a little different.  It may feel less oppressive, more cathartic, and even uplifting.  Which format works better depends on what the individual is looking for in a theatrical experience.