Diversity at The Metropolitan Opera

Composer Terrence Blanchard's Fire Shut Up In My Bones 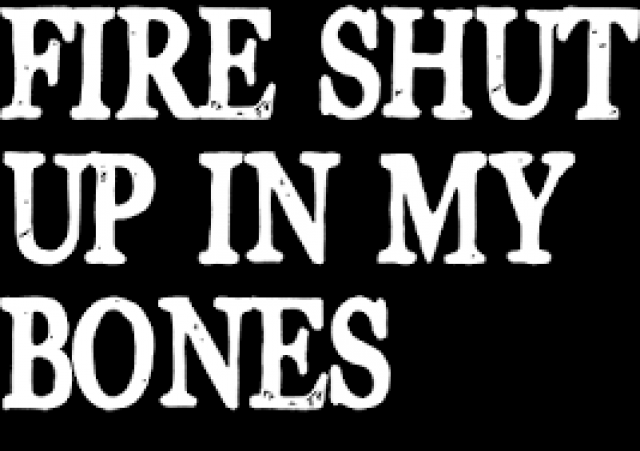 Will Liverman delivers fire in his voice: anger, hurt, pain and then resolution. His voice is rich and full of dark drama. 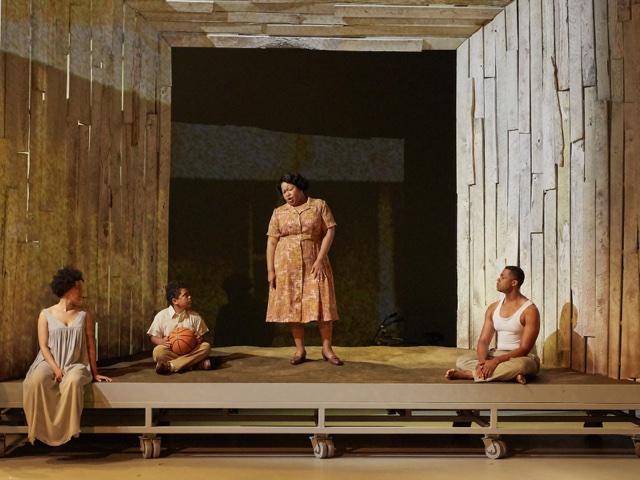 Latonia Moore set the house on fire in Ravinia in 2013. James Conlon conducted her stupendous Aida. Now her instrument is on full display as the mother in Terrence Blanchard's opera.

Sparwling sets are not intimate

In one of the opera's most powerful scenes, Charles is is abused.

The Metropolitan Opera got a public relations boost when they mounted Terrence Blanchard’s Fire Shut up in My Bones as their season opener. An unusually packed theater sweetened the Met's premiere.

Blanchard, a renowned trumpet player, is best know as the composer for Spike Lee films.

No question Fire is a wonderful piece of orchestral work. The Metropolitan Opera Orchestra gave the work its all, capturing rhythmic and melodic subtleties with a jazz ensemble embedded. Elements of black folk music like gospel, jazz, and stepping, fit seamlessly into the overall scheme. It comes as no surprise that Blanchard has given brass a special place next to the driving double bass tones and percussion that functions to give beat and to provide a new range of emotional accents. The blues are significantly missing. This is curious because the underlying property, an intimate memoir by Charles Blow, is a jeremiad, a long, woeful lament redolent of the blues.

Of the very newest composers of opera, Blanchard is in some ways the most seasoned, He has provided scores for around 40 films. He is prepared for opera like composer like Erich Wolfgang Korngold, who scored 18 films, Robin Hood his triumph. Even if you didn’t start with a storytelling gift, you could develop one after repeating the task of telling a film’s story in music as many times as Blanchard has. Yet his music tells a story naturally. It has the rich sense of melodic line of a horn player. His orchestration is masterful, and finely-tuned musical drama accompanies the story unfolding on stage.

We are not left  with the sense that trusting Fire to the Metropolitan Opera, tempting as the invitation must have been, was the right choice. Anthony Tommasini of the New York Times points out that the work was better served in a theatre of under 1,000 seats in St. Louis. (It was commissioned by the Opera Theater of St Louis where it debuted in 2019). Many contemporary opera performers compose for a chamber orchestra. The smaller form better suits experimental work. Opera Philadelphia has paved the way for these works in theaters that seat around 650 people.

The Metropolitan Opera House is a dinosaur in our age. Few voices can reach the rafters where the last of 4,000 seats hug the top wall. Voices are ruined in the effort

The Met has tried to keep abreast of the times by mounting some new composers' work. Nico Muhly’s small opera, Two Boys, was forced to fill the big Met stage, 90 feet deep and a 103 feet wide. Fire has suffered the same fate.

Opera Philadelphia commissioned and mounted We Shall Not be Moved by composer Daniel Bernard Roumain and librettist Marc Bamuthi Joseph who teamed up with legendary black director and choreographer Bill T. Jones in September of 2017.  This opera is Black, but does not fit the “pure black only” the Met seems to have been looking for. An Hispanic female police officer is featured, among other ethnic variations.

The story of We Shall Not be Moved however, is African American, focusing on the pressures of gentrification. The opera played successfully in New York at Harlem’s Apollo Theater as well as in Philadelphia with its large black population. Fire's subject is universal: sexual abuse and the discovery of sexual preference.

The Met Opera version of Fire has been blown up to sprawl across the largest opera stage in the world. Casting a lead singer with a beautiful, but not large voice, does the performer no favors.  Dance choreography by Camille A. Brown does not acknowledge the pain.

Cleo Parker Robinson just celebrated the 50th anniversary of her Black modern dance troupe in Denver, in an opera house that lies near to the stadium where Barack Obama was nominated as the Democrat’s candidate in 2008.  Her work opened the Joyce Theatre in New York.  She is a student of Katherine Dunham and worked side-by-side with Alvin Ailey.These troopers have always sought a broad audience. Blanchard does as well. In our truth  and reconciliation process, all comers should d be invited.

So what do we make of the Met’s effort?  From a public relations point of view it is brilliant. Does it serve the Black community? Maybe for a moment.

If we are to experience work of composers from different cultures on the opera stage, let the stage be the right setting for the work. In the rush to encourage diversity, let artists protect themselves from earnest producers. Let them take a breath and ask if their work is best served in the venues offered. Is a 90 feet deep,103 feet wide stage necessary or useful?

Fire Shut Up in My Bones will have productions at the Lyric Opera in Chicago this spring and also at the Los Angles Opera. (These companies co-commissioned with the Met).  Perhaps its intimacy can be restored as it travels to less grandiose venues.