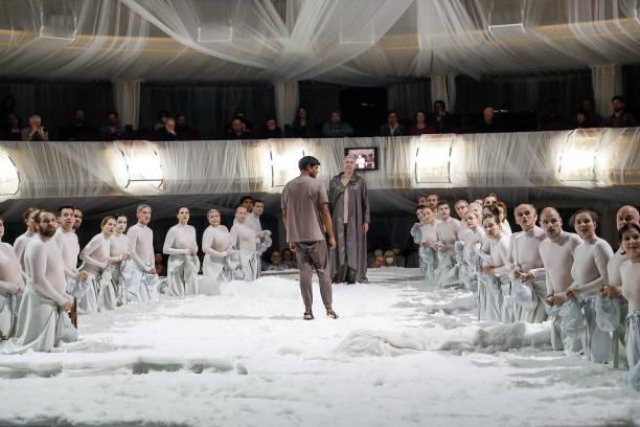 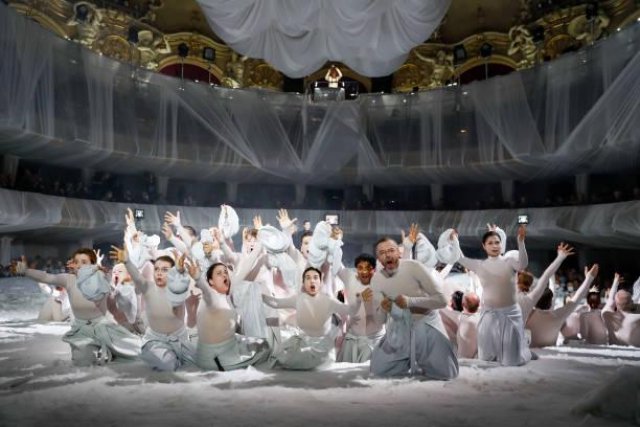 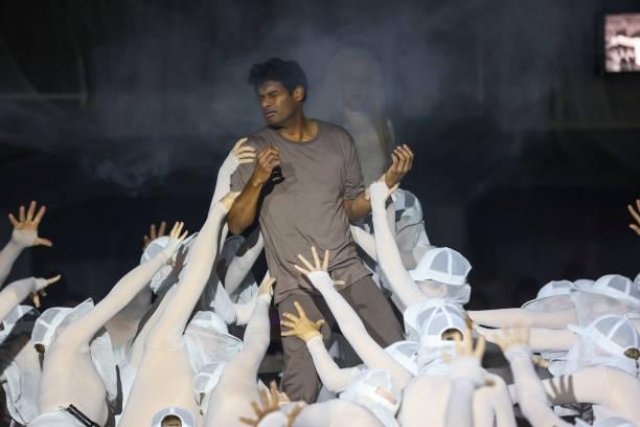 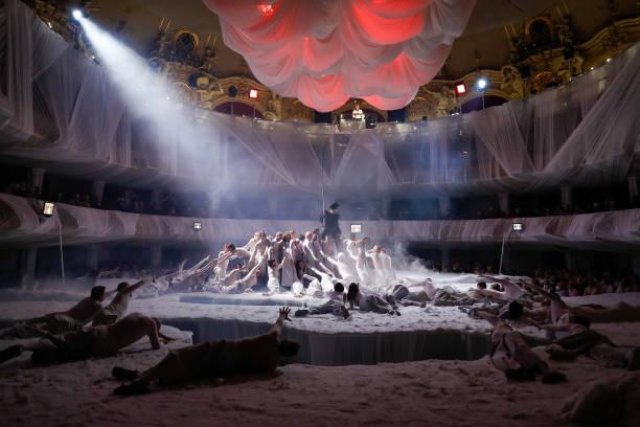 Intolleranza at the Komische Oper, Berlin

What an opera experience at the Komische Oper! Luigi Nono's Intolleranza 1960 as the first opening of the 2022/23 season.

Nothing was normal for the performance of Intolleranza 1960 in this wonderful place. The new heads, Susanne Moser and Philip Broecking, allowed for a spectacular setting. The hall was turned into an icy desert, with the singers and the choir all in white. Everything, even the chandeliers and the ranks were covered in white, the orchestra played from the second rank and the audience was seated on the stage and/or squeezed to the corners of the white plateau in the middle of the theatre where the action took place.

Luigi Nono, born in 1929 in Venice, created an extraordinary political music theatre event with this work. It was designed to show the sufferings of guest workers, their struggle and final demise at finding a better life. At the opening in 1961 at the Venice Biennale it was not well received. Very few were interested in the struggle of a guest worker, trying to escape for home (tenor Sean Panikkar), who survives a mine disaster, torture in Algeria, finds a female companion to share his way (soprano Gloria Rehm), just to drown at the end in a flood.

All these sorrows seem to ask for a somber opera.  But the opposite happens. The communist Nono uses the work as a signal for the public to keep searching for a better life. The music, conducted by Gabriel Feltz, sears and uplifts, the singers are glorious, and the stage setting by Marco Storman is simply phenomenal in its whiteness. The entire production is designed to lift the audience into action, to start anew, not to give up.  It is a startling call for finding a good life in an icy wilderness. But it worked! Nono's twelve-tone music felt right, unsettling and uplifting at the same time. The fairy tale setting seemed strange in its beauty that is constantly invaded by disasters. It was the first opening of the season, and the last one for the time being at this house of the Komische Oper. The next season will be at the Schiller Theater, since the building will be be renovated. Destruction and rebuilding is in the offing for the opera house. Perhaps the first opening was a nod to the imminent change.