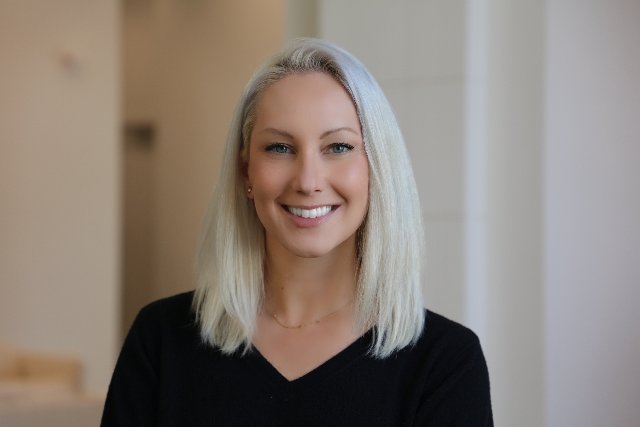 The Buffalo AKG Art Museum (formerly the Albright-Knox Art Gallery) has announced the promotion of Dr. Tina Rivers Ryan, a specialist in modern and contemporary art and one of the world’s leading experts on art and technology, to the position of Curator.

Dr. Cathleen Chaffee, Charles Balbach Chief Curator, noted, “Tina Rivers Ryan passionately advocates for the work of emerging artists, skillfully helps audiences understand the context for new innovations in the field, and regularly contributes outstanding art historical scholarship. It is a pleasure to announce this promotion, and to count Dr. Ryan as a valued colleague.”

Since joining the Buffalo AKG as Assistant Curator in 2017, Dr. Ryan has curated or contributed to eight exhibitions at the museum. Highlights include 2018’s Aria Dean, the first solo museum presentation of the artist; substantial contributions to 2018’s landmark exhibition Introducing Tony Conrad: A Retrospective (curated by Dr. Cathleen Chaffee); and 2021’s Difference Machines: Technology and Identity in Contemporary Art (co-curated with artist Paul Vanouse), a historical survey of digital art that was awarded a 2022 Award for Excellence from the Association of Art Museum Curators. Difference Machines, which received substantial coverage including in The Brooklyn Rail and Wired, will begin a national tour in 2023. Dr. Ryan’s next major exhibition in Buffalo, Electric Op, will reevaluate the origins of geometric abstraction and its impact on the development of video and digital art. Electric Op is scheduled to open in 2024, following the Buffalo AKG’s opening in 2023. Dr. Ryan also has helped steward the acquisition of numerous works into the Buffalo AKG’s collection, including those by Aldo Tambellini, Simone Forti, Saya Woolfalk, and Auriea Harvey. In 2021, she helped bring twenty-one canonical examples of early video art into the collection—more than half of which were created by women artists—deepening the museum’s ability to represent artists working with technology.

Dr. Ryan is a noted art historian and critic who has published and lectured widely on topics ranging from kinetic light sculptures to net art and virtual reality. She studied modern and contemporary art at Harvard University and Columbia University, where her doctoral dissertation examined the emergence of media art in the 1960s. Prior to joining the Buffalo AKG, she was a Curatorial Assistant in the Department of Modern and Contemporary Art at The Metropolitan Museum of Art in New York. She has published work in catalogues for The Met, the Buffalo AKG, Dia, the Modern Art Museum of Fort Worth, the Bass Museum of Art, and Pirelli HangarBicocca, as well as magazines including Artforum, ArtReview, Spike, and Outland. In recent years she has authored essays for monographs on the work of Tony Conrad, Chryssa, Caroline Woolard, Fred Tomaselli, Matt Mullican, and AES+F.

Dr. Ryan is a respected scholar on Web3, the metaverse, blockchain, NFTs, and the impact of technology on contemporary life. She sits on an advisory committee for Eyebeam, the New York-based nonprofit for art and technology, and the editorial committee of Media-N, an academic journal for media art.

About the Buffalo AKG Art Museum

Founded in 1862, the Buffalo AKG Art Museum (formerly the Albright-Knox Art Gallery) is the sixth-oldest public art institution in the United States. For 160 years, the Buffalo AKG has collected, conserved, and exhibited the art of its time, often working directly with living artists. This tradition has given rise to one of the world’s most extraordinary collections of modern and contemporary art. The museum’s collections span some of the greatest moments in art through the centuries, beginning with The Marina Piccola, Capri, 1859, by Albert Bierstadt—both the first painting and the first work gifted by an artist to enter the museum’s collection—and is especially rich in postwar American and European art.

The Buffalo AKG will open to the public in 2023 following the completion of its campus development and expansion project, featuring a new work of signature architecture designed by OMA/Shohei Shigematsu.