Les Mis at Beef and Boards 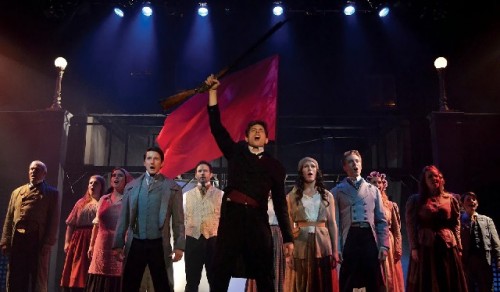 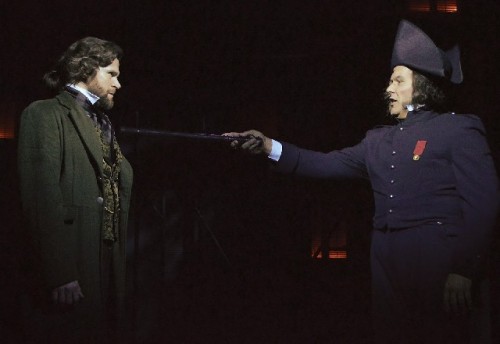 For stealing a crust of bread. 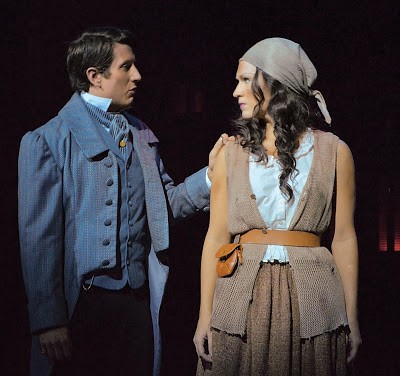 When it comes to musicals they don't get much bigger or more complex than Les Misérables. The sheer size of the cast, the number of costumes and complicated sets make this production a huge endeavor for any theater to undertake. Beef & Boards decided to tackle that challenge head on for the first time in their 40 years of business. The powerful show is on stage now until November 24th.

The epic story covers decades of time and a huge cast of characters. At its heart is Jean Valjean (played by Broadway vet Gregg Goodbrod) a convict who breaks parole and starts a new life. He learns the hard way that a person can only depend on the mercy and generosity of others if they hope to survive. Goodbrod really hits his stride in the second act, nailing songs like “Bring Him Home.”

Hot on his trail throughout the musical is Inspector Javert, a police officer who sees the world in black and white. Joe Tokarz plays Javert with such conviction it’s hard to look away. He’s a complex villain, a hero in the eyes of the law, but his world view leaves no room for mercy. Tokarz performs Javert’s famous number, Stars, so exquisitely that he has gone down in my book as one of my favorite performers to take on the role.

The other absolute stand out for me was Stephanie Torns’ turn as the tragic Eponine. Torrns has performed as Elphaba in Wicked on Broadway, so it’s no surprise that she can belt out a ballad, but she blew me away with her heartbreaking performance. Another highlight of the show is the live music provided by the theatre’s orchestra. Each actor’s performance is enhanced by the incredible musicians backing them up.

It’s impossible not to lose some of the majesty of the show by performing it on a smaller stage, but the production packs each minute with a huge amount of talent. The theatre found Broadway performers to take on the main roles and elevate the whole show. The costumes are beautifully done, from the convicts rags to wedding guests’ ball gowns to prostitutes’ revealing corsets. The most is made of the stage, using scaled down but versatile sets to switch from the revolutionaries’ barricade to the sewers of Paris in a matter of seconds.

It's a powerful story no matter what medium it's told through but the stage performance is particularly poignant. For anyone who has only seen the movie version I hope you’ll make it to Beef and Boards to see a live performance.