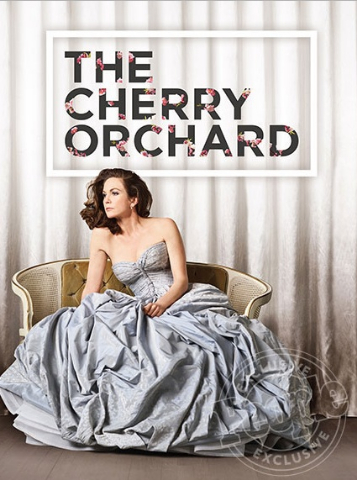 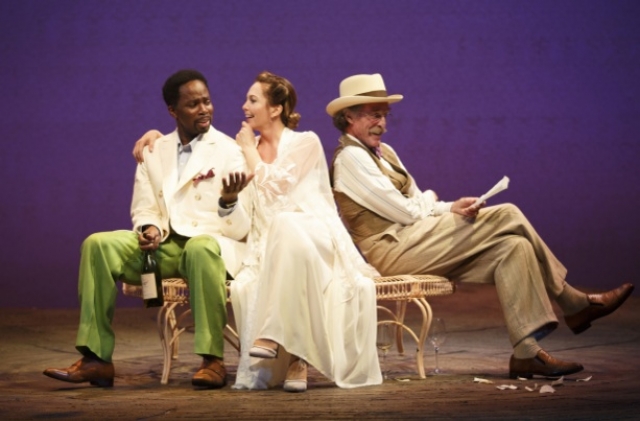 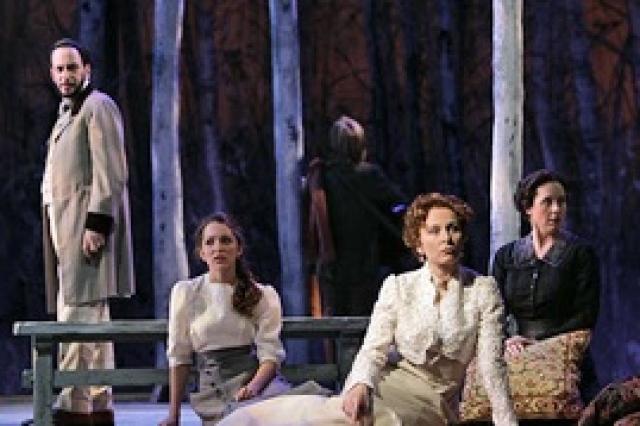 The Cherry Orchard was Anton Chevkov’s last play. He drew a picture of an old Russian family at the end of their run, their beloved cherry orchard and the hundreds of acres that it fills will be auctioned in August to pay the debts of Liuboff Andreievna Raneyskaya. Liuboff, the role originally created by Chekhov’s wife, is now enlivened by Diane Lane in her return to the New York stage. Lane’s first Broadway appearance was in The Cherry Orchard decades ago.

Lane is a superb actress and brings to the role the warmth, love, kindness and generosity of the character. She is associated with ‘hot’ and this helps us understand her passionate if bedeviled affair in Paris and tantalizing approach to various male characters in the play.

Interestingly, Joel Grey, the master of ceremonies in Cabaret, now runs the show as the ancient servant in the world that is collapsing. Grey has a perfectly imperfect strut that suggests his acceptance of position. His mantra is that Liuboff’s brother Leonid wear a warm coat.

Chuck Cooper, who was always demanding money from his women in The Life, now demands money of all the prospects on stage. He is both charming and repulsive. This resonant casting gives a rich depth to the performances.

Scott Pask has created a suggestive set. Each piece in the first acts hangs like a mobile. As the play begins, cherry blossoms form one of them. As the play progresses we have a field of cherry blossom mobiles hanging from the set’s ceiling. Finally the set is a frame, filled only by the sound of wooden blocks thumping, as the cherry tress are felled.

Nico Muhly composed music for this production, and among his talents are a deep sense of drama.   Instrumentalists are tucked into a room which might be in the Ranevskaya home and move onto stage in the second act where they provide dance music. Although specific Russian songs are not referenced, the spirit of Cossack dance is lofted. Frenzied confusion of spiraling to the end, oblivious of circumstance is captured by Muhly in the dance scene. Director Godwin draws in cameos during the party. Minor textures of the Volga might have enriched. Modernizing the play is one thing. Rooted in Russia is another.

John Glover is Ranevskaya’s brother, the role Stanislavsky often played. He is upright, funny and garrulous.  All a-twitter, his hands and torrents of words flying. At one point it is suggested that he zip his lips, which he does in gesture, and then promptly continues talking. Glover moves every part of his body from head to toe to keep the language that keeps pouring forth in an in body experience.

Color blind casting may be a purpose in this staging, but when Harold Perrineau buys the orchard, and revels in owning the land that his forebears worked for generations as slaves, it is hard not to see the color of his skin. Perrineau’s eagerness to own, and to make more of the whole by dividing it, is palpable through the drama.

Tina Benko is a governess from hell, or perhaps from heaven. She does magic tricks with cards, even produces people from  blankets at the dance. She is a startling red head, with red nails. Although painting nails started in China 3000 years ago, only brazen women wore polish in Russia in Chekov’s time. Brazen Benko is, and plays the clown in the downward spiraling demise of Russian landholders.

Simon Godwin takes care with the choreography of some roles. Celia Keenan-Bolger is particularly lithesome as she trots in and out of the main room.

The cool and empty darkness of the grand room ends the play as Fris the old servant wanders in.   He has been forgotten and lies down to accept his fate.  The only person in the grand house who worked, now has nothing to do.  Leonid has gone off to  be a banker.  It is the end of an era and the similarities to our own time are clear.