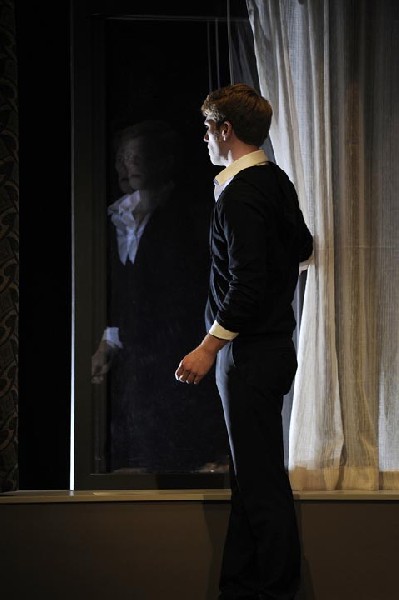 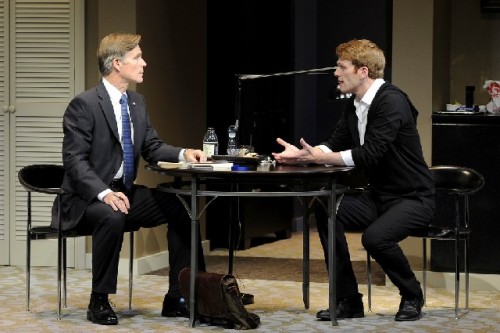 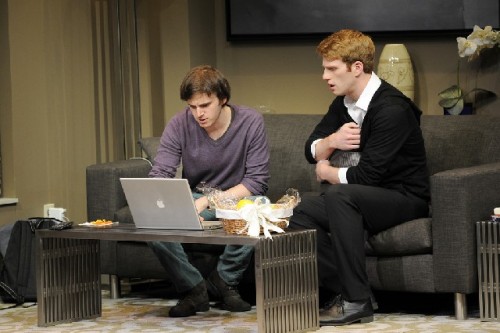 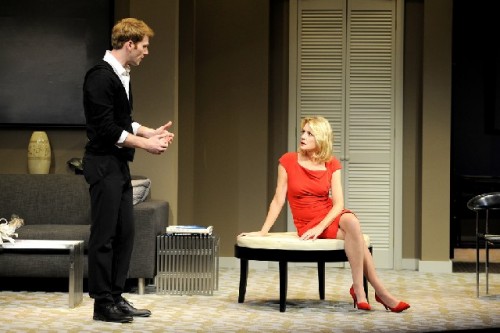 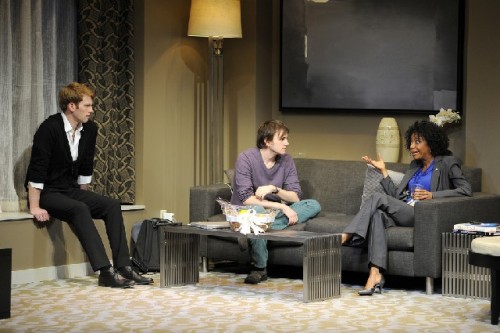 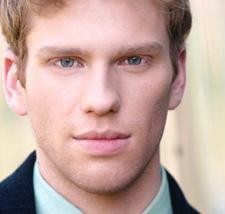 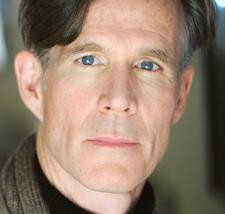 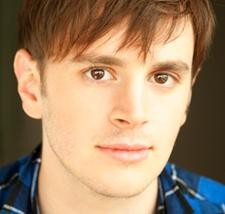 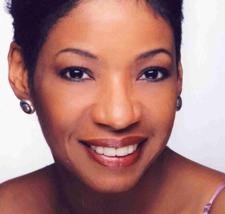 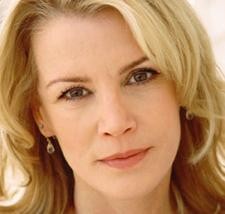 Echoing issues and conflicting cultural realities of today's headlines, Now and Later by Christopher Shinn is a drama that wrestles with the dilemma of trying to maintain personal integrity in a tinderbox geopolitical environment.

Unfortunately, the main character's  (the son of a presidential candidate) less than thoughtful actions at an elite university campus negatively morphs onto a volatile world stage with potential dire consequences.

This is a polemical play performed by a talented group of actors. Each performer expresses their character in distinctive ways. It is set in an upscale hotel room on a Presidential election night. The son of the potential president-elect is found in a self-made quagmire that has gone from graduate student idealism to a fundamental Islamic insult.

Though the prelude is set at an unnamed Ivy League campus, this drama is based in part on the controversial 12 Anti-Islamic cartoons that were created and published in Denmark in 2006 and their deadly aftermath in Islamic countries.

In the narrative, John Jr. champions the ambiguous notion of personal integrity. He feels that he should champion freedom of speech. And this lights up the controversy. Here the First Amendment,  provides each of us with freedom of speech, but it does not provide freedom of disregard. The playwright is conveying whether or not John Jr.'s challenge is really necessary or even positively meaningful.

In the context of his father's presidential election, his actions are seemingly detrimental. However, added to this are his and his friend Matt's youthful and rather niave drunken indescretions at a campus party. Unfortunately, these were documented both in still pictures as well as video and distributed virally on the web. IPhones are everywhere.

Though seemingly conversational and at times familially confrontational, the issues Mr. Shinn has focused on go beyond just personal beliefs and interactions. They transcend the personal to touch the coliding cultures of Western thought and philosophy with Islamic fundamentalism.

Here the issues are about the disparity between personal honor and perceived religious honor. This echoes the strange out of the blue nonsensical film trailer distributed on the web dishonoring The Prophet Mohammed and the protests throughout the Islamic world. It further resonates in the confusion of the Bengazi, Lybia terrorist attack that led to the murders of four American diplomats.

On a whole other level, it relates to the indescretions of the British Royal Family members--Prince Harry dressed as a Nazi at a costume party, his nude party in Las Vegas and Prince William's wife's Kate's topless pictures as well as others. What is considered private and what is public?

The main character, John Jr., is played with a naturalistic ease by Grant MacDermott. Adriane Lenox's political advisor Tracy is a particularly appealing character--well-informed, sassy and smart. Michael Goldsmith's portrayal of Matt, John’s good friend from the Ivy League school that they attend, is a leftist true believer who is steadfasst, empathetic and loyal.

The drama resonates with us in many ways, but there are gaps in the narrative that make our realistic acceptance of the story not total. Don't family members of presidential candidates have Secret Service minders? Where are John Jr.'s? Also, don't family members appear at the acceptance speech as one big smiling family? John Jr.'s outsiderness seems to distinctly separate him from the hoopla. This seems somewhat false and contrived.

But, perhaps the playwright is making symbolic gestures here as well? This play is only partially naturalistic. The other part is full of abstraction and symbolism. This can be seen in both words and gestures. Playwright Shinn states John Jr.'s gayness as separation and rejection--both from his family (his father's political positions) and his former lover. Young John's actions, though the character himself considers quite righteous and properly youthful, represent a rejection of his father or parental authority.

And who is Matt? Is he gay and a lover of John Jr., just a good honest friend, or a socialist, vegetarian conscience? Or all three? What do the two individually hiding and coming out of the hotel closet mean? Is it just a funny theatrical gesture or have symbolic real meaning? John's formality with his mother and comfort with Tracy suggest an awkwardness to the family structure.

John Jr. speaks to his father's shapeshifting policies as he has run for various offices. This flexibility of stance resonates with Mitt Romney's flip-flopping career. But it also suggests that public policy positions aren't always hard and fast. And that rightly or wrongly, political expediency often wins the day. This bothers John Jr. and adds to his inner turmoil.

The play deals with many huge issues from the perspective of an outsider son who is groping his way to adulthood. We all don't always make the journey well.

There is a lot to think about, argue and discuss in this play. This is a thoughtful drama of today. And at the end of Now or Later, as his father becomes president, young John sees the light.