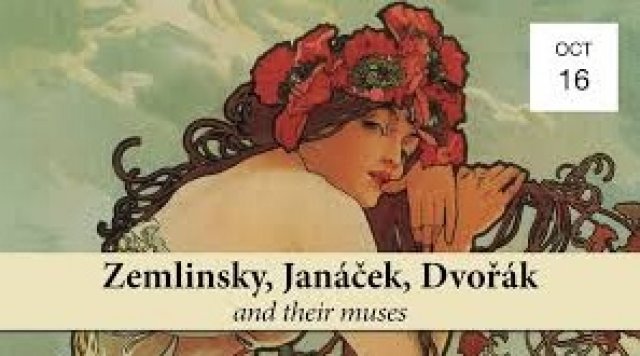 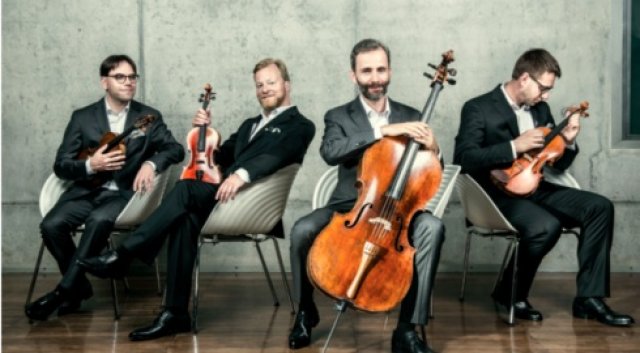 The Aspect Foundation presented the Zemlinsky Quartet in New York.  They performed works by their namesake, Dvorak  and Leos Janacek , in particular works inspired by the composers' muses, women who left the composers' love unrequited.  The sadness and disappointment of love yielded lovely music. The group expressed comraderie and collaboration for a uniquely satisfying effect.

The Aspect Foundation is committed to mixing talk, art and music, The audience brought into a special space where love of music is requited through all the senses. Nicholas Chong draws the audience in with his delicious lecture on Alma Schindler, loveress of famous men.  She is still one of the most intriguing women in history, Her life as a composer was truncated by the talented men she married.

Zemlinsky’s early first quartet opened the evening.  The piece had many measure beats of two and three which mixed with desire.  They offered opportunities for the two violins, viola and cello to speak with one another, handing off a phrase, underlining one too.  In some group playing, the struggle to stand out is felt too strongly.  Not so with this group, who are companionable as they soar in song.  Each player seems confident in his role without attempting to dominate.

Songs written for the unrequited love in Dvorák’s life, the sister of his wife, were transformed into a quartet. No one excels Dvorák as a master of melody and each instrumentalist displayed  achingly beautiful lines. Janácek’s passion for Kamilla, a married woman decades younger than he was led to a copious correspondence. He often expressed to Kamilla the fact that each note he wrote was inspired by and directed to her. Turns out that Kamilla never heard one of these notes, or a composition of Janácek's .  We are privileged to hear these notes in a quartet Janácek wrote six months before he died. The notes are sometimes jagged and at others smooth. The Quartet displayed its complex structure.

Throughout the evening echoes of the Czech countryside, its folk and dance music sprang out into the Bohemian Music Hall.  A concluding  soupcon was adapted by the group from Smetana’s Bartered Bride. It was a rollicking conclusion to another special evening presented by the Aspect Foundation as the Zemlinksy Quartet performed. Their next concert is on November 1.