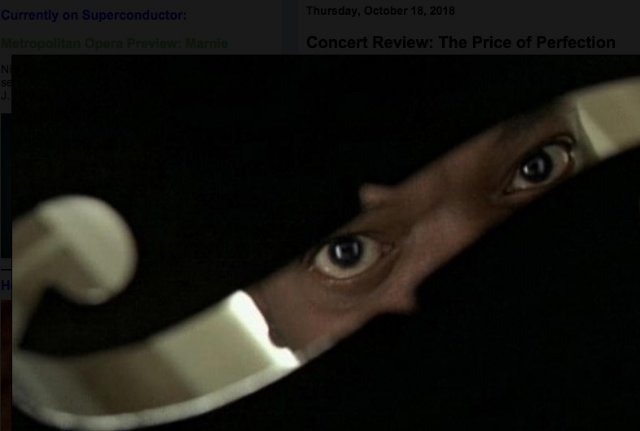 The Red Violin with Joshua Bell at the New York Philharmonic

Is it worth it to create the greatest instrument in the history of Western music, even if it costs you everything?

That is the question asked by the 1998 François Girard film The Red Violin, which tracks the creation, birth and long life of its titular object from a workshop in Cremona in the 16th century to an auction house in modern day Montreal. However, more notable than the film is its Academy award-winning score, which is being played this week in conjunction with the film by Joshua Bell and the New York Philharmonic. Michael Stern conducted.

The score is by John Corigliano, the New York-based composer who emerged as an important neo-classical voice in the 1980s with his post-Mozartean opera The Ghosts of Versailles. The music for The Red Violin displays extraordinary virtuosity and versatility, as Corigliano writes pointed examples of baroque, classical and Romantic violin music. There are showpieces for solo strings that place great technical demands on Bell, as well as lush passages that make his fiddle a single voice in a great surge of strings. (A footnote: twenty years ago, Bell's hands stood in as doubles for the players in the film, and it is his dexterity that you see on screen.)

The first music that you hear in Mr. Girard's film is not from strings, but vocal, the cradle-song hummed by Angela Bussotti (Irene Grazioli) to her unborn infant. The Signora is the wife of Niccolo Bussotti (Carlo Cecchi) the greatest luthier in their home city of Cremona. Very pregnant, she receives a tarot reading from her housemaid, which serves as the wire hanger upon which Girard hangs the five acts of his film. At this point,  there is no music for Bell to play until Bussotti builds the titular Red Violin.

We follow the fiddle to a monastery somewhere in the Austrian Alps, and through the hands of a succession of principal players in that church's swinging all-orphan orchestra. From these is plucked young Kaspar Weiss (Christoph Koncz.) The tyke is taken home by Georges Poussin (Jean-Luc Bideau) a French music teacher. Bringing the tyke and the violin to Vienna, he decides to train the child in the Mozartean mode, echoing some of the toxic parenting that happened between Leopold and Wolfgang Amadeus Mozart.

This sequence has Corigliano firmly in parody mode, writing knotty fugal constructions for string orchestra with demanding parts for Bell. More demanding still is the old teacher's introduction of the "Poussinmeter," an ungainly  metronome designed to make young Weiss reach the limits of prestissimo and then double the pace. Bell showed remarkable technique and speed, keeping up with the machine like a steel-driving John Henry. Ultimately, on the day of the big audition, the boy drops dead of a heart attack. Bell did not.

The ill luck of the Red Violin dogs the middle acts of the movie. First comes a racy tryst between Frederick Pope (Jason Flemyng) and the pistol-packing writer Victoria Byrd (Greta Schacchi.) Here, Girard seems bent on getting the actors' clothes off (Again it ends in death.) To show the skill of the flashy Pope, Corigliano creates high-speed parodies of Paganini's caprices for the instrument.  Bussotti's creation is acquired from the Pope's estate by a manservant, who returns to his native China and pawns the instrument. There, it passes to a Chinese family and is suddenly embroiled in the smoke and flame of Mao Tse-Tung's cultural revolution. With its heavy emphasis on politics and fierce, shouted cultural rhetoric, this section of the movie feels curiously out of place. The music is appropriately pentatonic.

Girard uses this final frame to bridge the stories together like strings wound tightly on the titular instrument. This last story, starring Samuel L. Jackson as an auction house authenticator, focuses on the Montréal auction where the Red Violin is being sold. In meticulous detail, Girard chronicles its discovery, its restoration to playing health, and its final fate. Bell soared over the orchestra one last time in the closing credits, playing the Bussotti cradle-song one last time. (Reprinted by permission from Superconductor).