Nancy Bishop is Born to Run 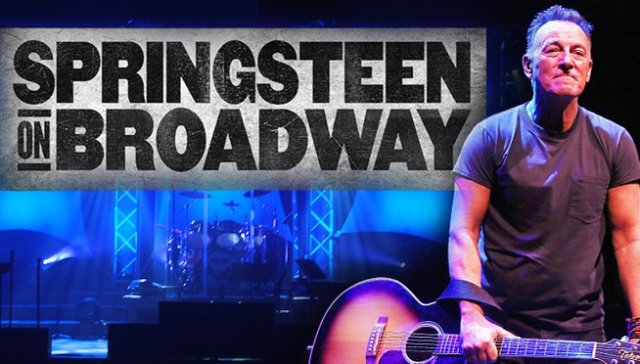 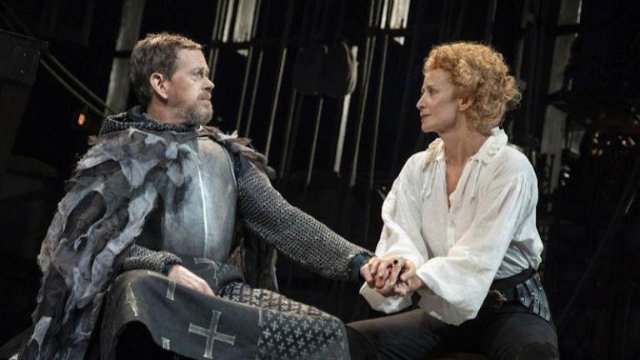 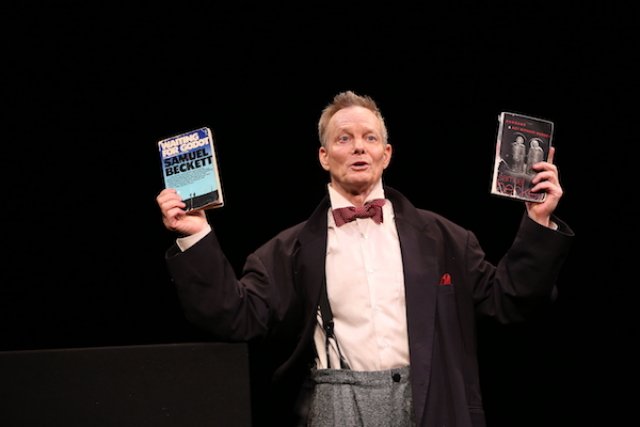 The three plays I saw last weekend in New York provided insights into how theater works, and emphasized language and physicality. Two are one-person performances and the third strongly highlights a single performer. All in all, it was theater for those who love to get backstage views of this dynamic live art form.

The fine actor Janet McTeer is the legendary Sarah Bernhardt in this play, which explores Bernhardt’s decision to play Hamlet, a revolutionary moment in 1897 Paris and in theater history. Theatergoers (and her theater colleagues) wanted to see her continue to die nightly as Camille and commit multiple mayhems as Medea. But she’s now in her 50s and impatient to play other roles. Even her son, Maurice (Nick Westrate) disapproves of his mother’s decision to play the moody Dane.

Theresa Rebeck’s script, directed by Moritz von Stuelpnagel, focuses on Bernhardt’s preparation to play Hamlet and features many rehearsal scenes. There’s a lovely scene with the excellent Dylan Baker, playing the actor Constant Coquelin, where they rehearse the scene between Hamlet and the Ghost of his father.

Bernhardt believes a woman is the right actor to cast as Hamlet because a young actor cannot understand the philosophy and experienced actors who are better able to play that role are too old. She argues that Hamlet is 19. However, one of her colleagues and the gravedigger scene itself contradict that belief. (The gravedigger picks up Yorick’s skull and says, “Here’s a skull, now. This skull has lain in the earth three and twenty years.” And Hamlet remembers amusing times with Yorick and tells Horatio, “He hath borne me on his back a thousand times….” Hamlet must be about 30 years old.)

The play is fascinating, beautifully staged and acted, but not quite successful in illustrating Bernhardt’s strength as a woman and a professional and in demonstrating the conservative theater world she battled. She was a pioneer in many ways, operating her own theater company for many years and touring widely. Rebeck rightly draws parallels with contemporary sex discrimination but they are not as powerful as they could be.

Bernhardt/Hamlet runs 2 hours and 20 minutes with one intermission and continues through November 18 at the American Airlines Theatre, 227 W. 42nd St.

On Beckett by Bill Irwin at Irish Repertory Theatre

Bill Irwin doesn’t know (or care) that I’ve been in love with him since I first saw him in 1996: playing the rascally servant in Molière’s Scapin at Roundabout Theatre. I had never heard of Bill Irwin; I had a free night during a business trip and chose that play because it was Molière. Seeing Irwin perform was a revelation, because of his acting, his obvious appreciation for Molière’s language, and most of all, for his clowning physicality. I’ve seen him perform live several times since then and I was excited at the prospect of seeing his one-man show at Irish Rep in Chelsea.

Irwin’s On Beckett is his homage to the Irish voice, to Samuel Beckett’s words “gone viral,” meaning “cemented in my head.” His performance is a combination of his stories and memories about Beckett and short selections from Beckett works such as Texts for Nothing, a couple of novels (Watt and The Unnamable), and most important, from the Beckett masterpiece, Waiting for Godot.

Irwin played Vladimir to Nathan Lane’s Estragon in 2009 at the Roundabout and played Lucky, Pozzo’s slave, with Steve Martin and Robin Williams, directed by Mike Nichols, at Lincoln Center in 1988. During On Beckett, Irwin performs part of Lucky’s famous soliloquy, which begins “Given the existence as uttered forth in the works of Puncher and Wattman of a personal God quaquaquaqua….” Irwin points out that it’s not a nonsense speech; most critics say it’s symbolic of man’s search for meaning and of the disorientations of 20th century society, with many literary references.

Telling clown stories, Irwin says, means putting on the baggy pants, which he does twice, in layers, and using many bowler hats. Beckett’s prose can be obscure and a little daunting, but Irwin’s clowning and whimsical style brings it new meaning. Seeing him in the intimate Irish Rep space is like going to a storefront theater in Chicago.

Springsteen on Broadway at the Walter Kerr Theatre

Yes, this is why I was in New York on this particular weekend. It was very hard to get tickets to this one-man story-and-music performance. When I was finally able to buy a ticket, I picked a date out of thin air and built my weekend around it.

Bruce Springsteen does a solo performance that is unlike any other one-man show. The night I attended was his 200th performance. The show will close in December and has been filmed for showing on Netflix.

Springsteen combines his music with stories from his 2016 memoir, Born to Run, interspersed with other personal stories. It’s a hybrid form of the solo performance and he calls it “a third entity.” He told the New York Times’ music writer Jon Pareles that it’s not “an intimate concert or a theatrical event.” It didn’t have the casual, take-requests-from-the-crowd ambience of a live E Street Band concert. The audience is not on its feet, clapping and dancing. Instead, we sat quietly as we would for any theater production. No cameras were allowed (also unlike a concert) but we were encouraged to take photos when the show ended and the house lights came up.

Springsteen’s stories are very personal and seem to come from deep within his childhood, adolescence and professional life. He tells of his father’s many jobs and deep depression. He describes his mother’s joy in her work as a legal secretary and his memories of her putting on her makeup and high heels every morning to go to work. His mother was a happy person, taking joy in her family and playing music at home. She loved to dance, he says, and she still does today, when she’s in her 90s and slipping into Alzheimer’s.

Since I have read his memoir and also read a great deal about this production, there were few surprises for me. Springsteen’s stories are thoughtful, often sad or funny. Although his performance is surely memorized by now and displayed on a teleprompter in case he loses his place, the performance is very naturalistic. He uses a mic stand and occasionally walks away from it to speak or sing unamplified.

His wife and bandmate, Patti Scialfa, joins him for two songs. Otherwise, it’s just “a baby grand piano and an array of guitars.” Broadway design pros handle lighting and sound, but Springsteen is his own director. His regular guitar tech, Kevin Buell, switches out his instruments, including harmonicas and neck racks.

The songs Springsteen performs are mostly from earlier albums and serve to punctuate his life story. Differing from his concert performances, where the playlist is different every night, his Broadway setlist never varies. He noted before opening that it would be “a locked-in piece of music and script.”

Springsteen on Broadway runs 2 hours and 20 minutes with no intermission. It continues through December 15 at the Walter Kerr Theatre, 219 W. 48th St. Don’t even think about trying to buy a ticket.

A coda on ticket prices. Springsteen on Broadway tickets are exorbitantly expensive. They supposedly start at $75 but most available tickets are in the $300 to $850 price range. Springsteen tickets have achieved the highest average weekly ticket price for months; right now they’re at $509, according to data from the Broadway League. Weekly grosses also far exceed any other show at $1.9 million. How do you explain this? Don’t tell me it’s Broadway economics. Compared to lavish or complex Broadway shows like Hamilton or King Kong or Aladdin–this is one guy in jeans and t-shirt on a bare stage with a piano and a bunch of guitars. If you have an explanation, please comment below.