Die Dreigroschenoper at the Berliner Ensemble 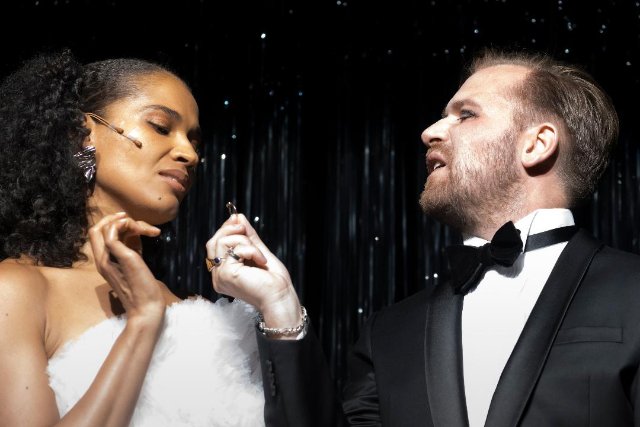 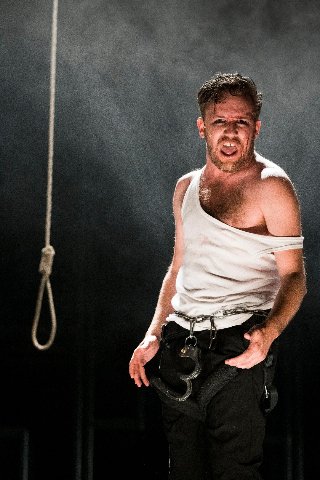 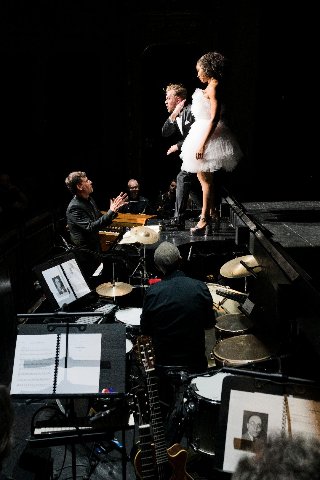 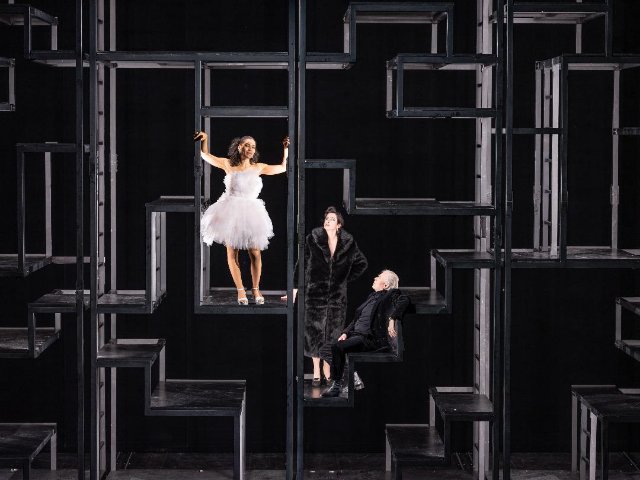 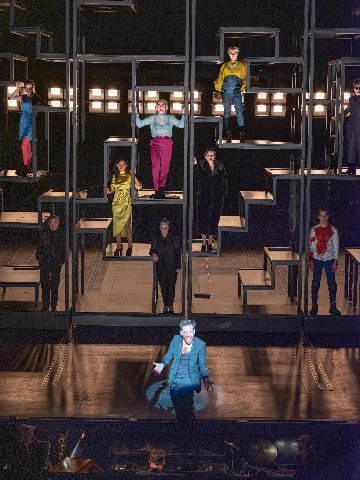 It turned into a shocking success, the opening of the  (Three Penny Opera) in November 1928 at the Theater am Schiffbauerdamm in Berlin. Now, almost 100 years later, Bertolt Brecht's work with the music by Kurt Weill, is back at its original showing, now called the Berliner Ensemble at the Theater am Schiffbauerdamm in Berlin. Barrie Kosky, the admired head of the Komische Oper, Berlin, directed this newest version so convincingly that the audience applauded after every one of the many catchy songs.

Actually, the story line and the songs are well known by now.  They belong to the memory of the theatre loving world, not the least due to Weill's rousing music  (here greatly supported by the the conductor Adam Benzwi and his orchestra) and the indulgences of Brecht and Weill in playing with textual and musical traditions.

What could have been a normal wedding celebration for Polly Peachum (Cynthia Micas) and Macheath, known as Mackie Messer (Nico Holonics) turns into a wildly entertaining farce. Tiger Brown, the police chief of London (Kathrin Wehlisch), Polly's parents Jonathan Jeremiah Peachum (Tilo Nest) and his wife Celia (Constanze Becker) enriched by their empire of beggars, and the prostitutes of London's Soho with Spelunkenjenny (Bettina Hoppe) in the lead, are about to have Mackie hung by the state. Now the deus ex machina mechanism is used: Brown appears, frees Mackie Messer by kingly decree and raises him to the status of nobility.

The intended silly story line moves "back stage" in this high-tech setting of black scaffolding by Rebecca Ringst. The songs and the music take precedence, splendidly so. Although Nico Holonics as Mackie Messer and Cynthia Micas as Polly take the lead, all others are great in their particular roles of singers/actors as well. It almost feels like a shiny medley of well-known songs against the backdrop of nondescript actions. Of course it helps that the public still sees deep seated feelings reflected and so playfully arranged that the show could be enjoyed - at the first opening in 1928 as well as now in 2021.

Even before the curtain of black and silver glittering strings opens, it is clear, that Barrie Kosky has directed. Of course, one has to have seen both Brecht/Weill productions in Berlin to make this connection. It is the same color combination Kosky has used in the recently opened Rise and Fall of the City of Mahagonny at his own house, the Komische Oper. What a blessing for Berlin, to have the two most famous Brecht/Weill collaborations presented anew by Kosky, to date Berlin's most celebrated opera director.  Further more, the productions are staged in Berlin's famed Berliner Ensemble and the Komische Oper – in the same year, for enjoyment, comparison and pride. Kosky seems to have chosen 2021 as a grand gesture, a swan song of magnitude,  to end his tenure as director of the Komische Oper in 2022, and  by directing this great production of the Dreigroschenoper at the location of its raucous beginning – the Theater am Schiffbauerdamm.