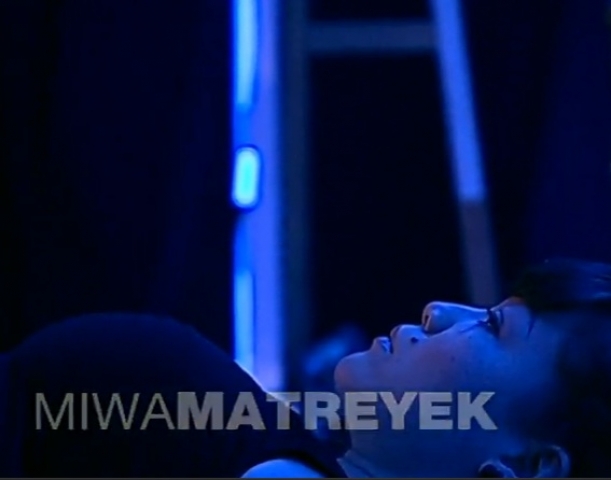 This World Made Itself 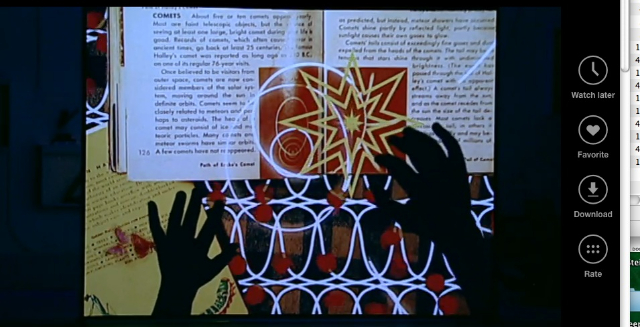 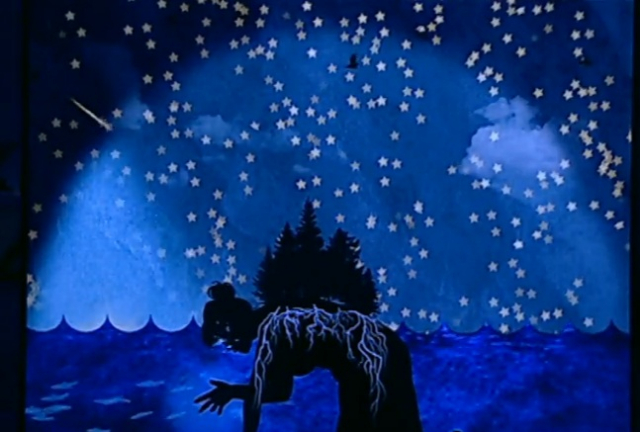 The impact of the world inside and out. 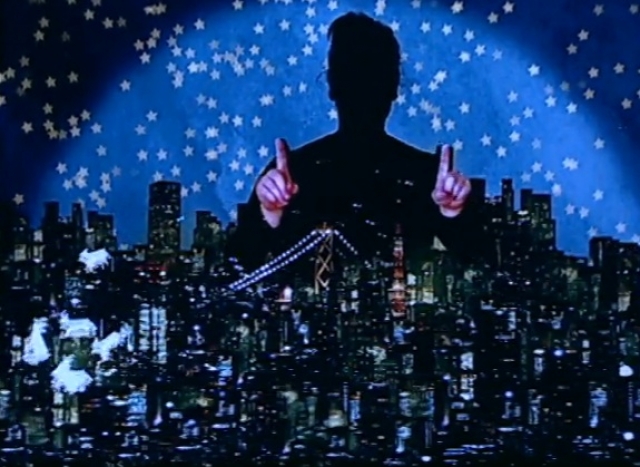 Infrastructure amidst the stars. 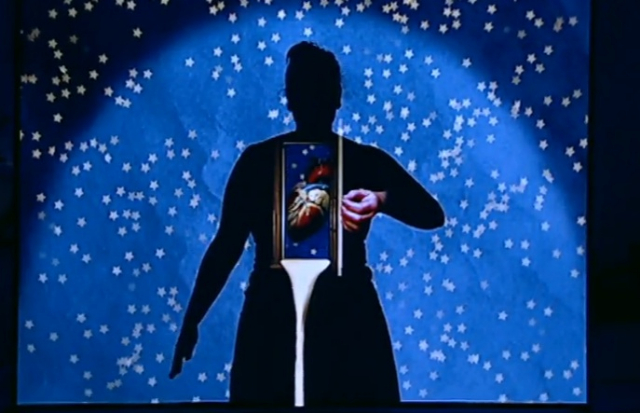 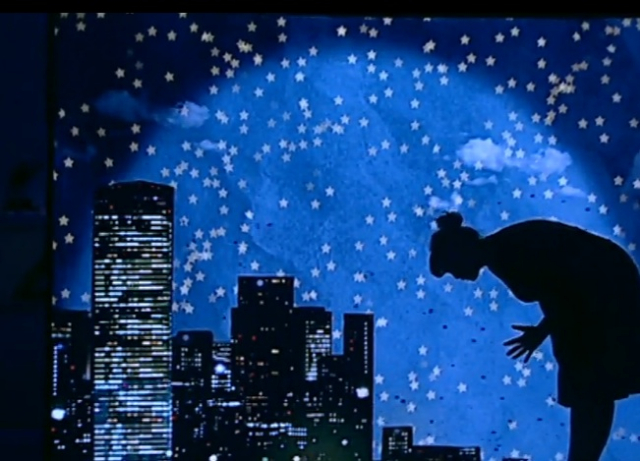 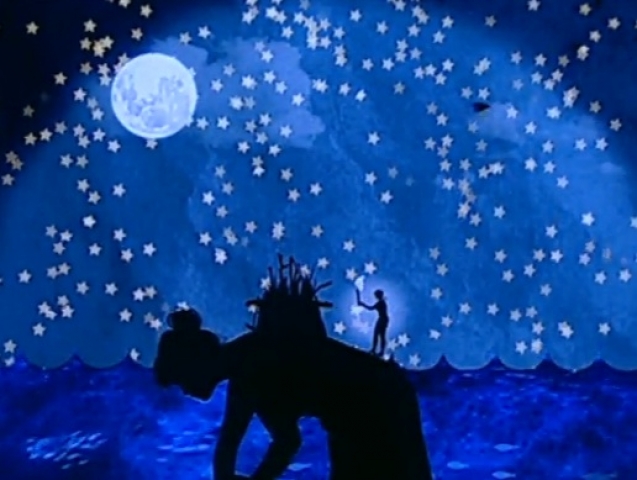 I have your back, and you have mine. 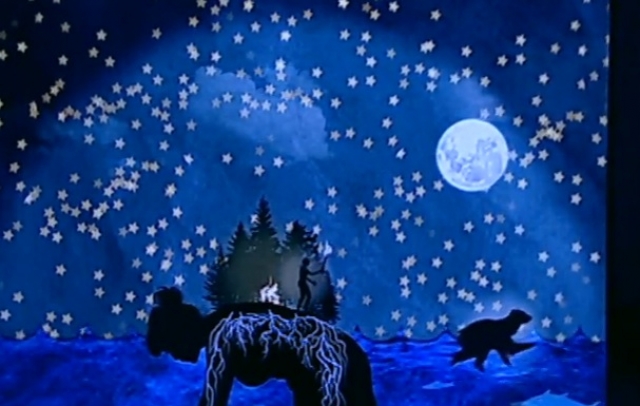 A bear is off to the races

We are all in this together. 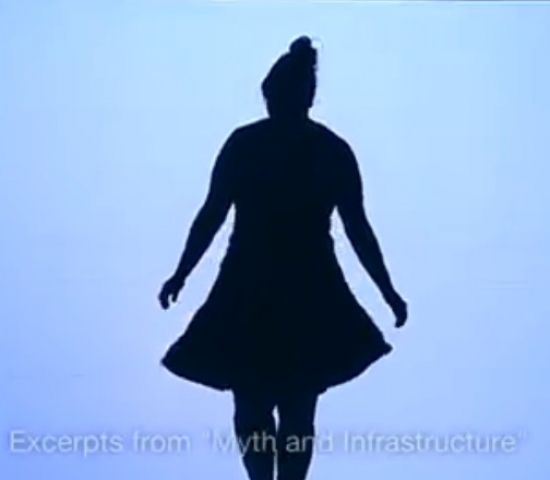 Only the shadow bows.

The White Light Festival at Lincoln Center brings the future of art to the city’s central performing arts center. Tucked into the intimate Clark Theater, Los Angeles artist Miwa Matreyek, an animator and performer, presented The World Made Us. This is a flip of the Dalai Llams’s take on well-being in 2030. It makes the human central.

In her first piece, Myth and Infrastructure, Matrevek walks behind the video screen, her shadow becoming part of the animated world. As she crosses kitchen and dining room tables and then oceanscapes and cityscapes in a fantastical journey, we become one with her shadow. It’s easy to imagine that you are the human silhouette moving gracefully on the screen. Delightful ‘ah’ and ‘oh’ and ‘wow’ silent mouth gestures entrance. As they radiate out, we find ourselves also forming these appreciative 'ahs' and 'ohs.' We delight in the visual pleasure and also our recognition of the majesty of the made world.

Matreyek then looks back to see how the universe evolved in This World Made Itself. Again entering the film world as a shadow silhouette on the two way projection at the stage’s center, Matrevek invites audience members to join her world. Almost like a video game, they play with her as she plays with an animated world.

At one moment when her shadow embraces a seemingly live baby, you feel that you are holding the child in your own hands. Matrevek’s sense of flow is so delicate and consistent that you never question techniques. Yet the artist admits to using rotoscoping (a matte process that extracts an object to use in another scene).

Hands are important for Matreyek. In 99 percent of their appearances in the animation frame, the hands are Matreyek’s. Proceeding across the screen, they appear stubby and ‘everyperson.’ Reaching up, the angle makes them long filigrees. She grasps the most beautiful lit-bubbles and fountains of cells and stars. Sometimes they slip through her fingers. Sometimes they lodge in her hand.

Although Matreyek says that she has no narrative, in the two pieces she showed/enacted, there is a definite and very satisfying glide to the presentations. The second piece is clearly the geological history of the world.

Matreyet emerges from the ocean, as we did as amoebas. She relishes lying in a field of flowers. Everywhere her touch is light. She respects the world about her, and confirms our sense that we are lucky to be here and responsible for minimizing our footprint.

While we do not imagine that we are collaborating with the artist, we find ourselves lodged in her world. We are not in her embrace, but rather in her flow. Matreyek engages us in her beauties.We don’t receive wisdom. We find it in ourselves.

Matreyet talks about taking the world into her own body. Her shadow silhouette presence makes our merge with the experience an extraordinary out-of-body feeling while you are very much in-body.

If we want artists to take us to new places, we need new eyes. Matreyet gives them to us.  This is a moving and visually eloquent experience.