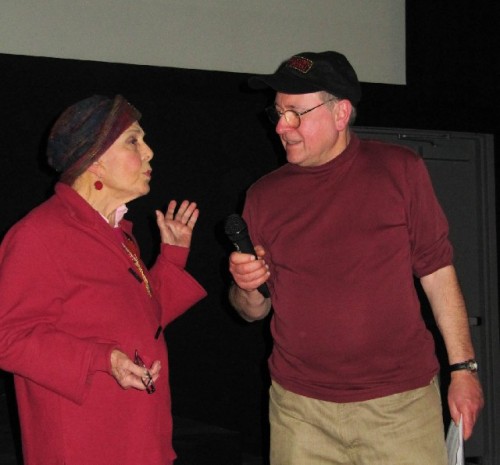 Marge Champion in dialogue with Steve Lawson during a screening of Keep Dancing. Giuliano photos. 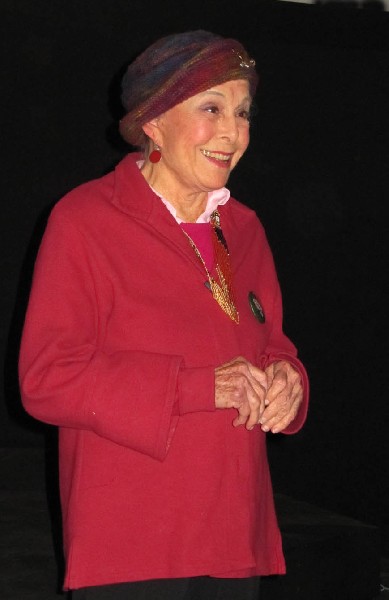 At 90 Champion continues to dance. 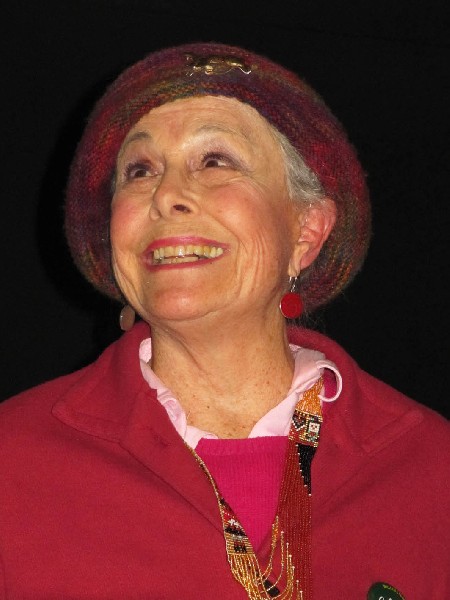 She was one of the first female board members of Williamstown Theatre Festival. 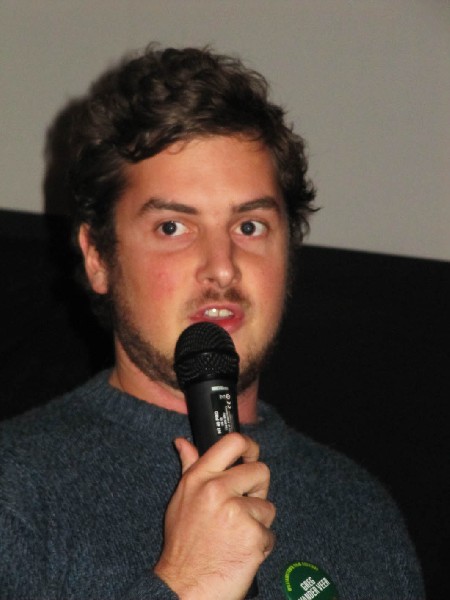 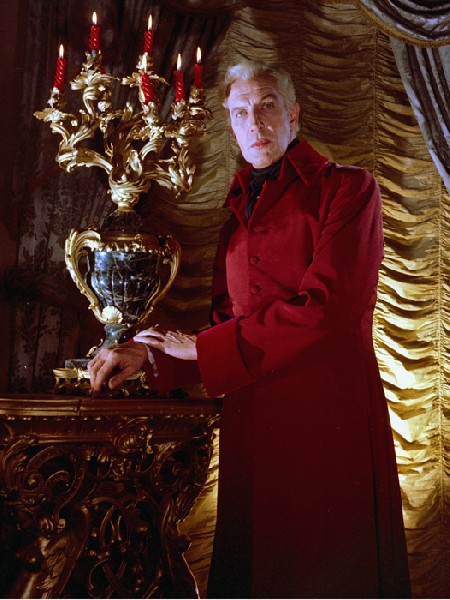 Vincent Price in the camp classic House of Usher.

The diminutive, ninety-something dancer and choreographer, Marge Champion, drove over from Stockbridge for a screening of Keep Dancing. It was followed by a discussion with Williamstown Film Festival artistic director, Steve Lawson. The film, directed by Gregory Vander Veer, was presented during a Friday matinee preceding a feature documentary on Pakistan’s legendary squash champion Hashim Kahn, Keep Eye on Ball, directed by Josh Easdon.

Prior to the event we interacted with Champion who was gracious and receptive to chatting with friends and fans. She has a long history with the Berkshires and Williamstown. Early on, she was the second female board member of the Williamstown Theatre Festival. She amused us with anecdotes of working with Nikos, the founding director. Through WTF she also has a long association with Larson. He was a Williams undergraduate who started as an assistant to Nikos. He has a long Greek last name but everyone, including the media, just called him Nikos.

Also, Champion was a long time board member of Jacob’s Pillow. She continues to attend performances at Pillow and WTF but no longer serves on their boards.

Champion, who was born Marjorie Celeste Belcher, on September 2, 1919, is best know for her work with Gower Champion. During a clip in the film Ed Sullivan introduced them as America’s foremost dance couple.

With typical wit she told the audience that “Actually, we were number three. Of course Fred Astaire and Ginger Rogers were number one. Number two was Gene Kelly and whoever he was dancing with at the time. Usually, Cyd Charisse. She was born Tula Ellice Finklea in Texas. A lot of good dancers come from Texas. Like Tommy Tune. Then after that came us.”

Poignantly, she commented that their partnership did not last that long. They married in 1947. When he returned from serving in WWII, his original partner had retired from dance. Marge’s father, Ernest Belcher, a ballet teacher, suggested that Gower talk with Marge. Gower remarried in 1976 and died in 1980. A highlight of his career was directing and choreographing Hello Dolly on Broadway.

During a Q&A she was asked to name her favorite dance partners. She responded by emphasizing the impact of two great influences in her life, her father, and Gower, both of whom left her.

The documentary film Keep Dancing presents her weekly sessions with Donald Saddler, who is also in his 90s. They appeared together in Follies, on Broadway, in 2001. When that ended they enjoyed the experience so much they decided to rent a studio in New York and continue to meet and dance.

It is remarkable to see them working at the barre and performing together.

There is a close-up interview sequence of her sitting on a train in NY. The topic is aging which she comments is a dirty word in America. But she advises the viewer not to fight it as it will happen no matter what. With insight, she states the each decade gives us something to work with. While no longer able to perform, as in the past, she said with conviction that, at her age, it is still possible to “move with grace.” The film compellingly makes that point.

It was presented during opening night, last year, at Berkshire International Film Festival, on a bill with a documentary on comic Joan Rivers. “Can you imagine that” she asked us with comic emphasis.

We learned that Keep Dancing was originally intended to be a feature but was edited down to 21 minutes. Lawson commented that is seemed just about right. The film includes vintage clips. There is footage of her performing ballet as a teenager shot by her father.  There are also stunning clips of her partnership with Gower.

Following the interview with Lawson she returned to her seat. From which, she informed us that “I have to leave early to drive home during daylight. So I won’t be able to stay and talk with you.” Hey Marge, thanks for coming, it was a treat.

Speaking of which, I had to leave early for an appointment. I did not see all of the Kahn documentary and will not review it. But I very much enjoyed what I did see.

Previously I wrote that Steve Lawson, in assembling this year’s program, was hitting four for four or batting 1000 with his selection of superb feature films. When we commented about that in the Images lobby yesterday he said thanks, he appreciated that, but the festival was not yet over.

On paper, the concept of combining a camp classic, like Vincent Price in the vintage House of Usher, with a live rock score, seemed like fun. There was a substantial audience at the Hunter Center with similar expectations.

We have attended and enjoyed similar screenings at Mass MoCA. It works particularly well when the music is combined with a silent film.

In this case, however, the loud, tedious, and plodding music of Marco Benveneto obliterated rather than enhanced the film. The over miked trio of piano, bass, and drums drowned out the sound track so it was impossible to follow the narrative. There were too few subdued passages allowing us to catch up with the plot. Which was mostly a no brainer.

The assumption on the part of the musicians was that we didn’t need to hear the dialogue to follow the film. So this was less a collaboration than an obliteration of the film. Whatever aesthetic value of this absurdist classic was just lost in translation.

It was difficult to comprehend the difference between klutzy special effects and just a bad print or film in need of restoration.

I found myself not amused and annoyed by the experience.

But the end of the film did not conclude the band’s performance. They continued by accompanying a numbingly mediocre animated film of their own design. Then another. By then, we had been enduring this for some two hours. We and others just walked out. Lingering for a snack in the lobby we heard them crashing and banging on.

It seems this band was clueless about that old show biz concept of leaving the audience hungry. Trust me, we had our fill of Marco Benevento.