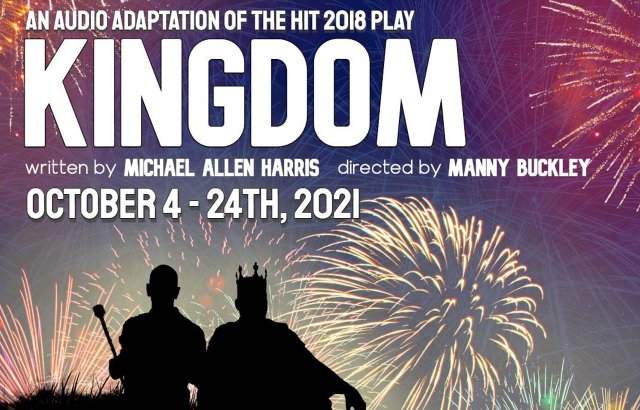 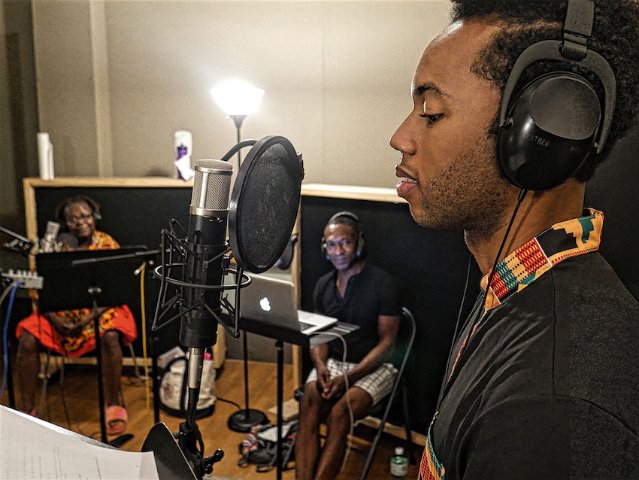 Arthur and Henry are long time partners; they’ve lived together for 40 years in Orlando, in the shadow of the “Magic Kingdom.” Now same-sex marriage has been legalized and the question that flows throughout the play is: Will King Arthur and King Henry marry? Broken Nose Theatre is reprising their 2018 stage play Kingdom as an audio play, written by resident playwright Michael Allen Harris and directed by Manny Buckley.

Florida legalized same-sex marriage in January 2015, six months before the SCOTUS decision that legalized it nationally. That new possibility generates conversations between Arthur (Darren Jones) and Henry (Watson Swift), who is suffering from advanced prostate cancer. Phaedra (RjW Mays) comes by to care for her uncles now and then; she has her own love life and thinks about marriage too with her girlfriend. Alex (Ben F. Locke), Arthur’s son, had a long relationship with Malik (William Anthony  Sebastian Rose II), an NFL player. Malik now has a girlfriend/fiancé—likely because as a highly visible athlete, he has to be gay on the downlow.

Kingdom is an entirely LGBTQ African American story, sensitively told, and illustrates through the characters’ varied life experiences how Black gay culture is different from White gay culture. The lyrical script keeps the symbolism of the Magic Kingdom as a meaningful background theme, until the very end. Another recurring theme is Arthur telling Alex and Malik that they need to read Batman comics, because “if you read close, you’ll find a narrative a gay man can understand.”.

Eric Backus’ sound design is perfection and creates a realistic aural setting for the drama. My only quibble with the play is that some of the male voices were difficult to keep straight early in the play. It was only later that I began to differentiate Arthur’s from Henry’s voice and Malik’s from Alex’s. A second listening helped too.

You can listen to the audio play Kingdom on demand through October 31. Broken Nose Theatre is a pay-what-you-can theater company, where you choose the price you pay per ticket. Get more info and buy tickets here. The play runs about 90 minutes and you can pause it at any point or “rewind” in case you missed something.