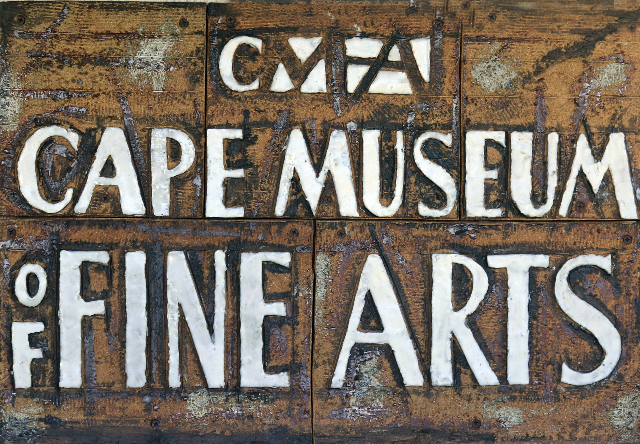 A prior incarnation of the museum's logo. 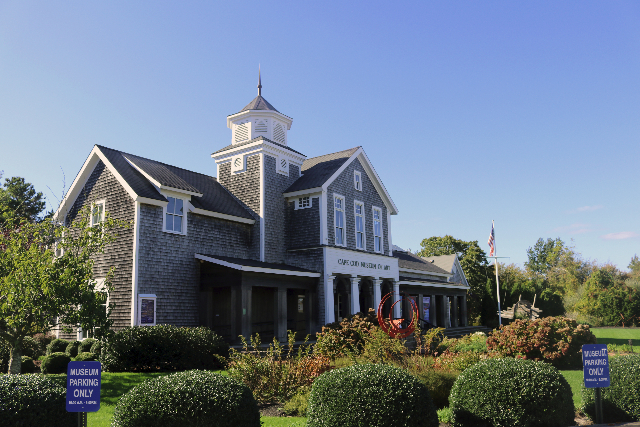 The museum proved to be a moving experience. 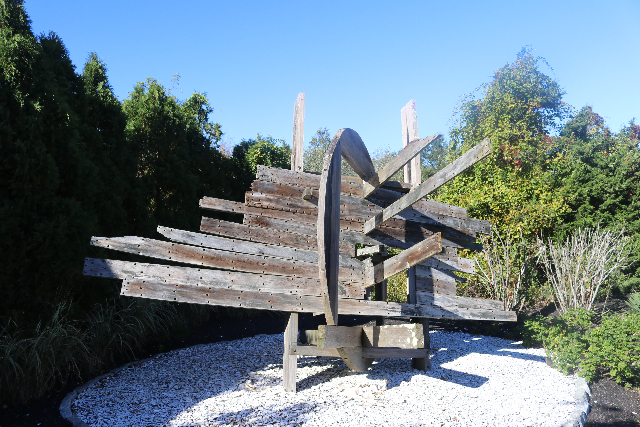 An outdoor sculpture by Paul Bowen. 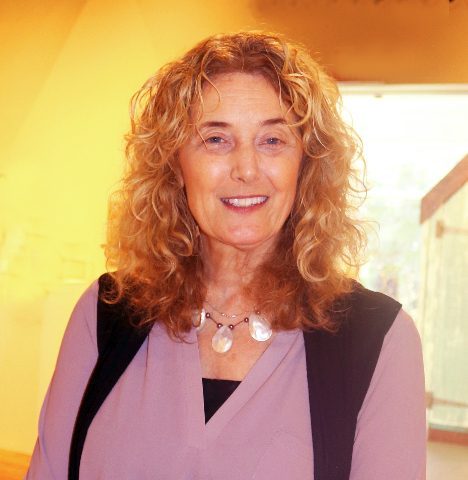 Dr. Edith Tonelli has been the museum's director for the past four years. 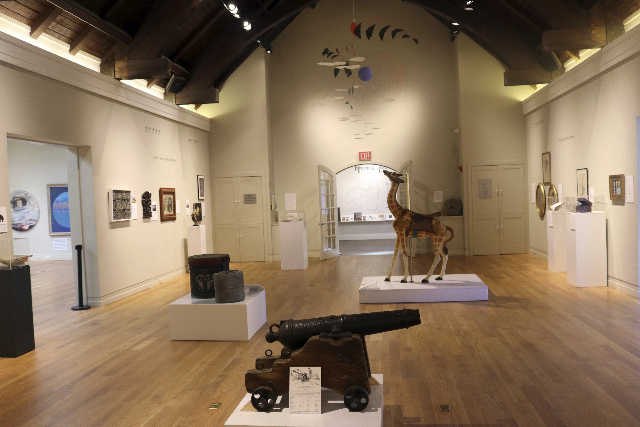 The main gallery of a building that was relocated and assmbled in 13 sections. 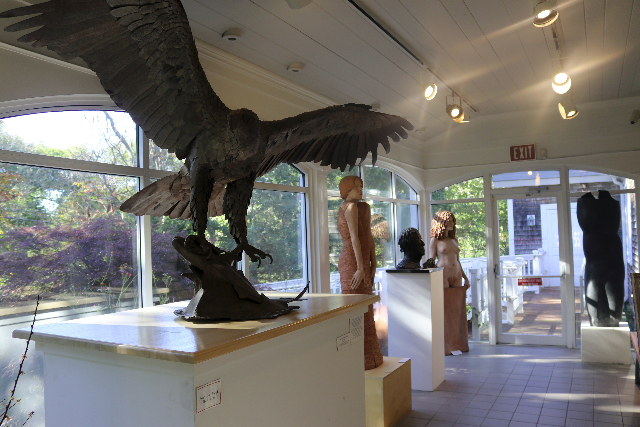 A view of the indoor sculpture porch. 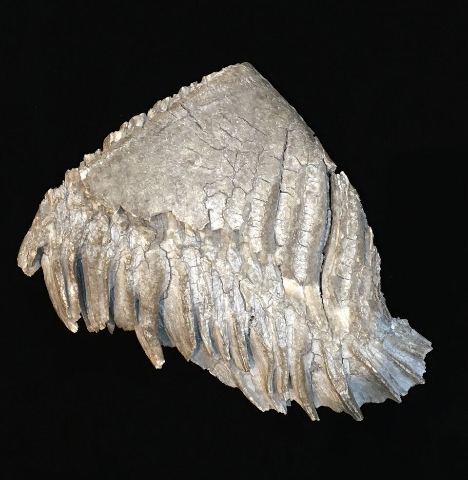 A Mammoth Tooth from Cape Cod Museum of Natural History 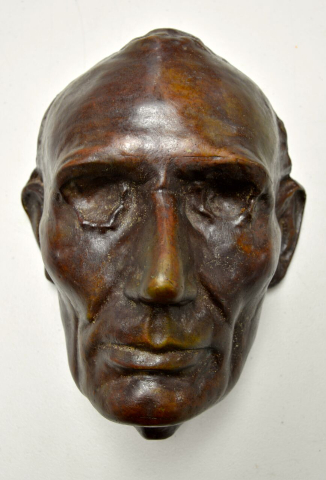 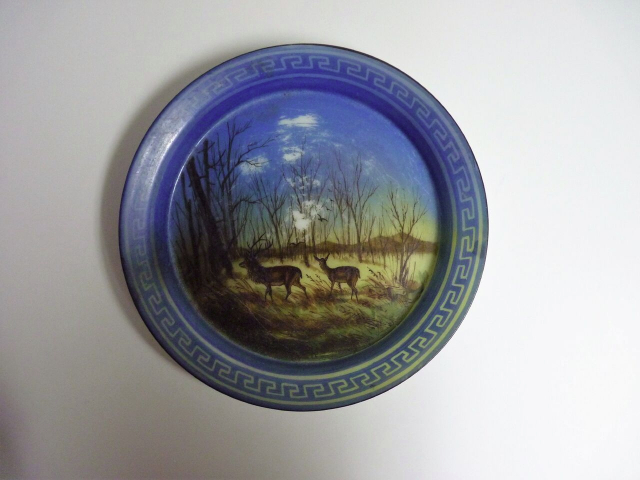 Object from the Sadwuch Gass Museum. 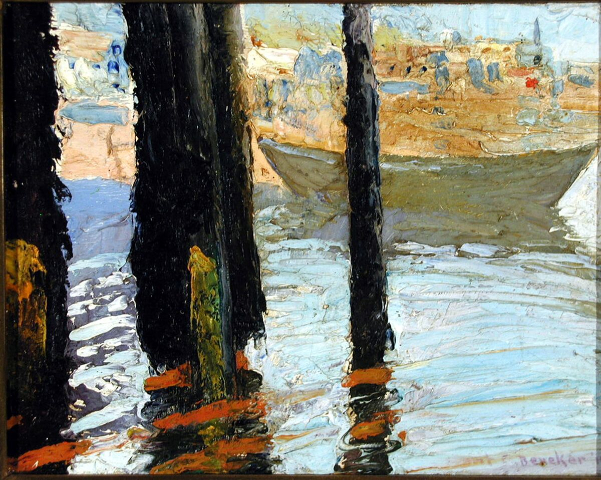 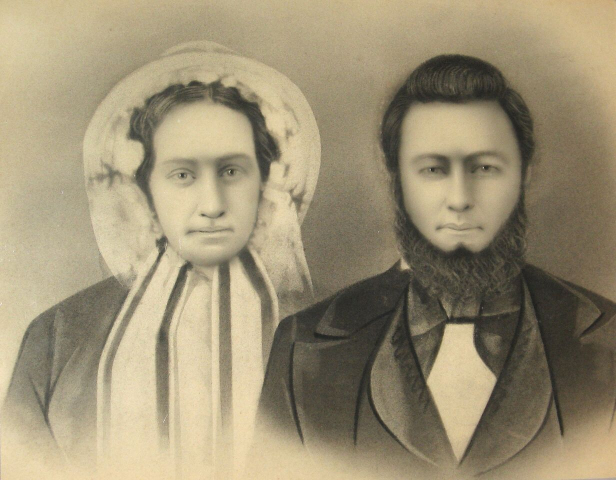 Did two artists create this portrait of Captain Augustine F. and Sarah Childs from the Centerville Historical Society collection?

In 1927, founder Raymond Moore created Cape Playhouse. He purchased three-and-a-half acres of land fronting the Old King’s Highway in Dennis. The abandoned 19th century Nobscussett meetinghouse was hauled down the road and placed on its present site. With its 91st season it is arguably the nation’s longest running summer theatre program. Including the Fonda family, which summered in the area, a who’s who of Broadway legends have appeared on its stage.

Years later there would be a similar feat.

The Scargo Lake Museum was incorporated on January 29, 1981. In 1980, inspired by his father-in-law, sculptor Arnold Geissbuhler, potter/sculptor Harry Holl, in alliance with his friend artist/lawyer Roy Freed, proposed the creation of an art museum which would both display and preserve the works of generations of artists associated with Cape Cod, and the Islands.

In 1982, the name was changed to Cape Museum of Fine Arts and a Charter Membership Drive was begun. By 1985 there were nearly 1000 members. A rented storefront in Theater Marketplace on Route 6A in Dennis Village provided its first home. In 1984, the CMFA Trustees signed an agreement with the Raymond Moore Foundation to lease an acre of land on the grounds of the Cape Playhouse. In 1986 the Davenport West family donated a building. A $300,000 campaign entitled Museum on the Move was established to fund the construction of a foundation and to move the building from South Harwich to the grounds of the Cape Playhouse. It was divided into 11 pieces and required seven trucks to make the journey across the Cape.

Arriving on the well manicured campus, a short distance from the village square, we encountered work by an old friend. There was a large sculpture fabricated from driftwood by the Welsh born artist Paul Bowen.

The long time Provincetown artist gathered material through walks along the beach. When I curated an exhibition of his work some years ago we visited a studio behind his home filled with detritus. He has since relocated to Vermont and during a museum opening there we inquired how the move has impacted the work?

Now renamed the Cape Cod Museum of Art, in the basement corridors which display work from the permanent collection, we viewed a range of work from historic to contemporary. It provided a thumbnail sketch of the rich and venerable visual culture of the region.

Arriving unannounced we were pleased that Dr. Edith Tonelli, who has been director for the past four years, took time to meet with us. She was finishing at Boston University about when I started graduate study. I told her that I had read her dissertation on WPA artists in Massachusetts.

She is an artist in the tradition of Chinese brush painting and has operated a gallery on the Cape. For 14 years she was a Cape resident prior to becoming director of the museum.

Looking about the main gallery installed with Discovering Cape Cod’s Museum Treasures, through November 26, we were surprised when she explained that we were standing in a vaulted space that had been relocated there. Pointing to the gallery which displayed Salvatore Del Deo: A Storied History, extended through October 28, she stated that it was a later renovation. The entire museum is climate controlled. This is particularly crucial in preserving the growing permanent collection and to secure loans for special exhibitions.

A number of  Cape communities and institutions are gearing up for 2020 marking the arrival of Pilgrims, allegedly stepping off onto Plymouth Rock, in 1620. There is some dispute about the early history and how best to address that arrival.

As radical leader Malcolm X put it in a memorable speech “We didn’t land on Plymouth Rock. Plymouth Rock landed on us.”

While still in the planning stages Tonelli is particularly interested in how the Cape’s Native American heritage will be represented.

While director of UCLA’s Armand Hammer Museum she spent years developing an overview of the visual heritage of the Hispanic community. There were many complexities involved with the project.

Looking about at the special exhibition  there was a treasure trove of rare and eccentric objects. They are selected from some 36 art, science and history organizations across Cape Cod.

“Mysteries & Revelations” was organized by Tonelli and guest curator Amanda Wastrom in response to the theme for New England Museum Association’s Conference this year:  “Truth & Trust: Museums in a Polarized Society.”  The Conference takes place in Falmouth from October 24 to 27.

This display evokes the wunderkammer  (cabinets of curiosities) that were precursors of the development of museums. It evoked a reference to the embattled Berkshire Museum and its plan to end the  eclectic display of art, science and history through the sale of fine arts to fund an extreme makeover to interactive child oriented displays.

In the latest developments the family of Norman Rockwell has initiated  legal action to stop the sale. The auction house, Sotheby's is also in the process of restructuring the sale of objects now reduced  by half from the original 40. When and if a number of deleted items will be sold remains to be seen. The two works by Rockwell estimated to be worth $40 million are scheduled for a mid November auction.

Responding to this crisis for museums and their collections that topic has been added to the agenda of the conference. The discussion will focus on ethics and proper procedures for deaccessioning. There is an important concern among museum professionals of how best to educate board members on the consequences of approaching collections as objects to be monetized.

The cherry picked selection on view at CCMOA provides a provocative taste of visiting so many small venues. It was great fun to see enticing and often droll objects. Consider for example the following objects.

A Family’s Decorative Hair Wreath (circa 1880) from Atwood House & Museum
This unique remembrance is believed to be created with strands of hair from members of a family. The variety of hair highlights the exquisite details of this piece by creating shadows and depth to the floral designs.

A Bronze Death Mask of Abraham Lincoln and Slave Shackles from Zion Union Heritage Museum
These are stark reminders of a true history shared by the nation that is currently a major subject of discussion across the country.

A painting that belonged to PAAM that was stolen and found.
Gerritt Beneker’s painting "Under a Wharf" was one of the original five works donated to PAAM upon its founding in 1914. It was on loan to Town Hall and stolen in the 1988. Documents show how it was discovered in 1999 in Tucson, AZ.

Some years ago a trove of commercial illutrations of aspects of labor by Beneker were discovered in a Cape Cod barn. They were striking images that reminded one of a series of photos of labor by August Sander. The illustrations were donated to the Brockton Art Museum. A now deceased former director, Katherine Graboys, facing potential bankruptcy deaccessioned works. There were sanctions against the museum which I discussed with then MFA Director, Alan Shestack, who was also at the time president of the Association of American Museum Directors. He stated the ethical standards which have no legal backbone.

The museum survived and later divested its collection when it created a new mandate as the Fuller Craft Museum. That fascinating collection of works by Beneker and other artists were scattered to the wind. Brockton also had a number of oustanding works by Karl Knaths which I borrowed for an exhibition at the Boston University Art Gallery. Deaccessions create dead ends for scholars and curators. Often, even following ethical guidelines, they occur in secrecy.

Some years ago. I researched and published the shenanigans when the MFA purchased "Troubled Queen" by Jackson Pollock. My investigation revealed that it had sold two works by Renoir and one by Monet to fund the sale. The break came when I called the museum's bookstore on the lead that a Renoir went missing. I was informed that "Oh yes, that was our best selling postcard." The small work "Girl in a Red Bonnet" was later spotted in Japan.

At the time MFA curator of American Art, Theodore E. Stebbins, Jr., agreed with me and said that "Deaccessions should be published in annual reports by museums."

CMOA is displaying work by Thomas Eastwood an artist whose early modernist work is in the museum’s collection but about whom little is known. The museum is asking for help from the community to discover facts about his life and work. A wall label states hopes to have enough material and documentation for a future special exhition and publication.

Projects such as this provide opportunities for research. Three portrait drawings of women had long languished as unknown. They have now been confirmed by art historian, Pat Hills, as works by Eastman Johnson. This attribution greatly enhances their provenance and equity.

In particular I was intrigued by a 19th century quilt. Initially, there is nothing exceptional about it until we learned that a woman fabricated it with her feet.

Completing our tour we viewed Judith Shahn Selections: A Tribute to Thomas Linxweiler through November 12. Shan (1929-2009) was the daughter of the social realist artist Ben Shahn. A pair of paintings of fans in the bleachers strongly evoke his style and influence. The exhibition affirms that she developed her own unique graphic style.

We much enjoyed this visit to a superb regional museum with a well defined mandate to preserve, research and display the phenomenal heritage of  the arts of Cape Cod.