Sugimoto's The Love Suicides at Sonezaki 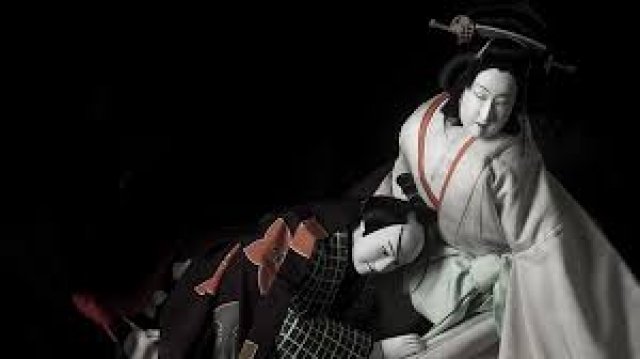 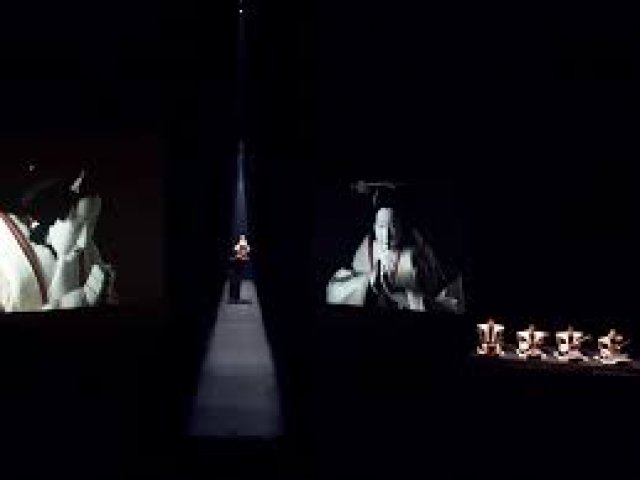 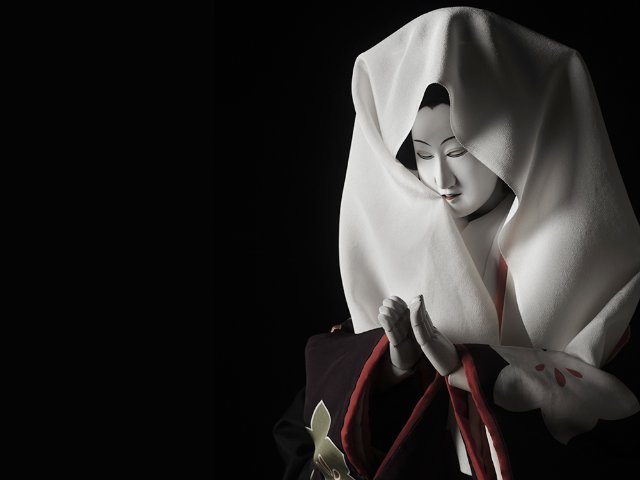 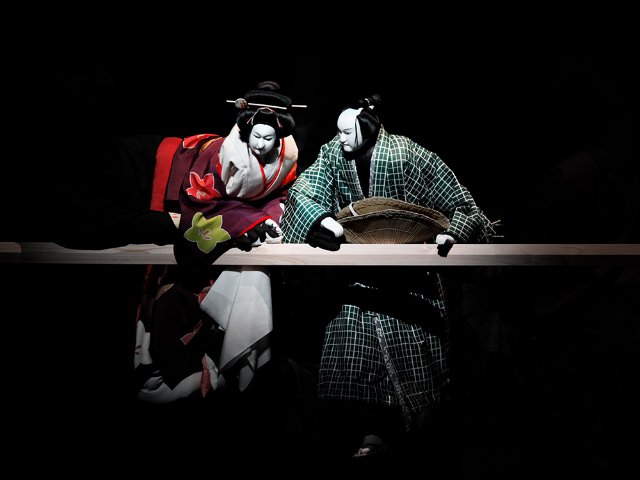 At the Tenma House. Tokubai hides under the porch as Ohatsu is with a client

White Lights Festival at Lincoln Center brings bunraku Puppet Theater from Japan to The Rose Theater. Hiroshi Sugmoto, an artist of many disciplines, has updated Chikamatsu Monzaemon’s Love Suicides at Sonezaki. Monzaemon was Japan’s Shakespeare and first to advance the notion that lovers whose relationship could be realized in this world could find happiness in a Buddhist paradise. Romeo and Juliet was written about the same time, but half that duo’s death was accidental.

Puppets created for bunraku are the most subtle of all. Built to half human size, not only do their arms and legs move. Their feet can walk. In this performance, the body gestures were particularly moving. In a large theater it was difficult to see the incredible manipulation of facial features. Eyebrows raise, lower and contract. Eye balls move side to side. The mouth also moves. Three puppeteer manipulate these incredible figures to a satisfying realization of character and narrative.

While all the puppeteers appear to come from two families represented by the names Yoshida and Kiritake, it is only because puppeteers assume the name of their master when they have completed a rigorous course. If we did this in theater, everyone would be named Barrymore and Redgrave.

To single out a puppeteer would be difficult, although some puppet characters stand out. A disgruntled uncle who wants to control his nephew’s life, and the denizens of a house of prostitution are particularly striking.

Four narrators tell the story to the accompaniment of shamisen players. The narrators speak and sing from the diaphragm, giving an oddly shallow but arresting tone in both song and spoken language. It is as though they are directing the puppets with the voice. The interface is seamless.

Divided into four parts, we meet the nephew Tokubai, who is badgered by his uncle mercilessly. Tokubai is in love with a prostitute, Ohatsu. Refusing to marry his uncle’s niece, Tokubai must repay the dowry. He cannot and sees no way to save face.

At the Tenma House where Ohatsu works, Tokubei is unable to speak to his love. The communicate in gesture which is particularly effective in this bunraku form.

Lighting in the Rose Theater singles out narrators, musicians and puppets at just the right moment. The set is suggestive. A lintel structure suggests a shrine. A long raised platform is the Tenma house. Tukubai is able to crouch below it. Descending a stairway gives great pleasure. These are the only type of puppets that can walk, step by step.

This play was banned for two hundred years in Japan, because so many lovers denied an alliance killed themselves after seeing it. Today, it is celebrated for its gorgeous puppet storytelling.