Sondheim’s Follies on Broadway until January 22 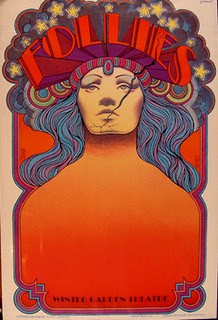 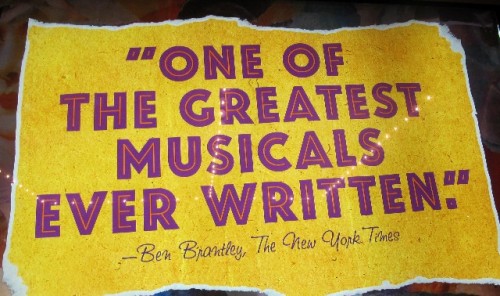 A pull out quote from the New York Times. 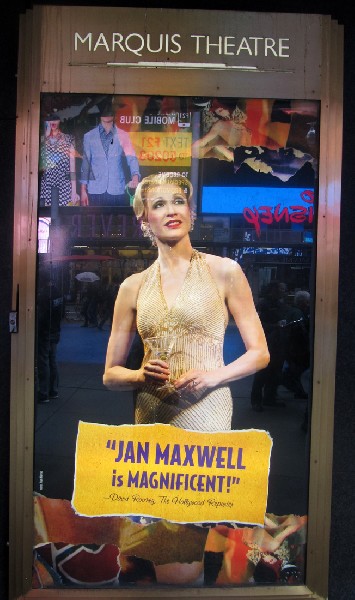 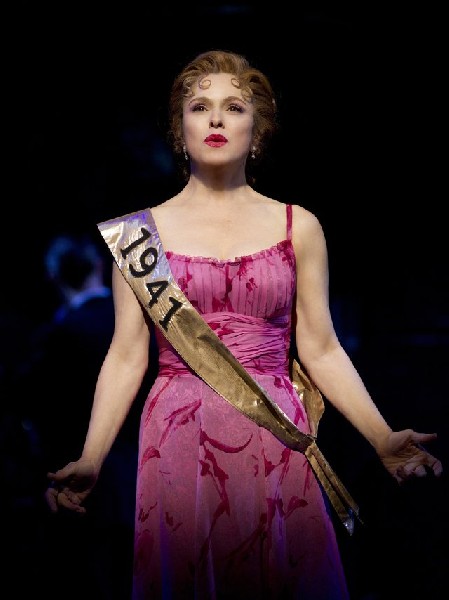 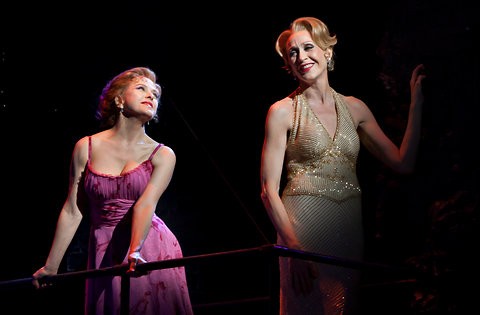 Peters and her rival Phyllis played by Jan Maxwell. 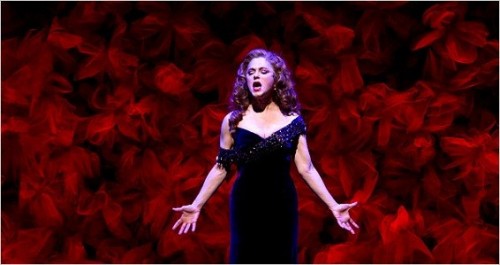 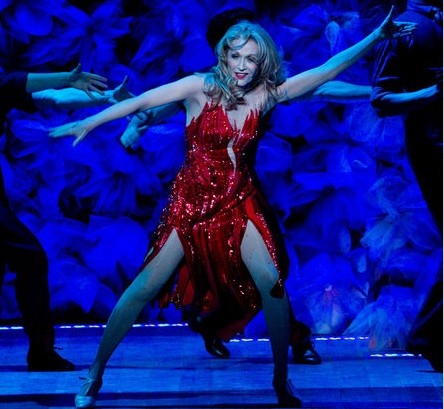 Maxwell does her thing. 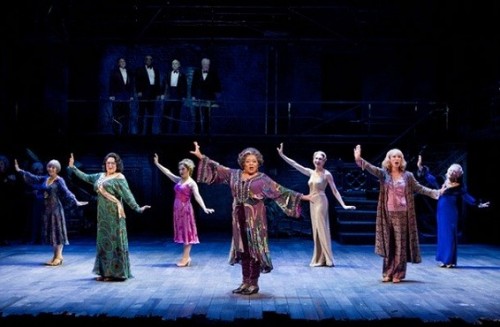 A stroll down memory lane with Who’s That Woman.

There is a double Dutch time warp as we jump into a revival of the enduring and challenging musical Follies by Stephen Sondheim with a dauntingly complex book, for a Broadway musical, by James Goldman.

When originally staged in 1971 it sent shock waves through the genre. It presented a nostalgic, bitter-sweet, ironic reflection on the era of the glitzy, show girl, statuesque follies between the wars.

It is now four decades since that original production so we are looking back at looking back. We are not only absorbing the exotic theatrical flavor of a bygone era but reflecting on what it felt like for a now bygone era.

If you catch the drift.

The venerable theatre which staged the follies through the romantic era between the wars is about to be torn down and replaced by a parking lot. The former producer Dmitri Weismann (David Sabin) has invited a bevy of the now superannuated chorines to gather and celebrate. One last toast and an evening to share memories.

For the occasion the women have been given ribbons to wear with the year in which they were stars of the elaborate extravaganzas. Floating through as ghosts and shadows are the elaborately but scantily attired younger versions of the showgirls. They wear those fantasy costumes with tall feathered hats and layered extensions from slim, taut, perfect bodies.

There is “1941” emblazoned across the frumpily attired Bernadette Peters (Sally Durant Plummer). Even from mid orchestra she conveyed that perennial freshness of sixteen going on 63. She is so much the Debbie Reynolds of Broadway that it is tough to imagine her as a sexy  chorus girl.

That’s a lot easier to intuit in her former friend and rival Jan Maxwell  as Phyllis Rogers Stone costumed in a gold lame gown with a long slit to emphasize a shapely leg.

The costume designer, Gregg Barnes, went out of his way to dress Peters in the most unflattering manner possible. That vintage frock would have looked hideous even back in 1971.

But it is a visual trope to demarcate the dichotomized destinies of the two women who fought over the same man. Ultimately Phyllis landed the successful, handsome, matinee idol, businessman Ron Raines (Benjamin Stone). While the seemingly unhappy and disappointed Sally settled into a boring marriage with a sensible, ordinary guy Danny Burstein (Buddy Plummer).

Back in the day Ben and Buddy were friends and fellow Stage Door Johnnies. Like the spectral chorines they are shadowed by incarnations of their younger selves.

There are a couple of major themes at play. As Mick would say “You Can’t Always Get What You Want.” With the Steve Stills response “Love the One You’re With.”

For different reasons that play out during the evening both women are mired in unhappy marriages. Phyllis has had to share Ben with too many other lovers. Buddy while faithful and true doesn’t have much of a spark. During the reunion Sally hopes that Ben will leave Phyllis and marry her. They had been previously engaged.

While the four lead characters are the focus of the plot line there is another theme about the passage of time and the ravages of a life in theatre. As Lewis Black put it during a recent conversation “Actors have a shelf life of like a dozen years.” Perhaps even briefer for follies girls.

It is truly wonderful to see a spectrum of these old dames strutting their stuff on Broadway. Particularly belting out those great Sondheim/ Goldman barn burners. You sensed that the women went far deeper than just performing their roles. They reflected the thrill of just being there in front of a Broadway audience one more time.

Rosalind Elias (Heidi Schiller) brings a stunning operatic touch to “Never Look Back.” Shadowed by her younger self there is also the evocative duet “One More Kiss.”  Jayne Houdyshell (Hattie Walker) belts out “Broadway Baby.” In what could be the AARP theme song Elaine Paige (Carlotta Campion) tears up the house with “I’m Still Here.” During a PBS broadcast Broadway at the White House Elaine Stritch knocked that anthem out of the park.

Compared to the generic back stage of the first act in the second act the production directed by Eric Schaeffer, with choreography by Warren Carlyle, and music direction by James Moore burst to glorious life. We got the full tilt boogie impact of a follies production with all those show girls. Even Buddy (“Buddies Blues”) and Ben get in the act.

Sally and Ben have the riveting duet “Don’t Look at Me” and Sally’s  standard “Losing My Mind” while Phyllis has the equally powerful “Could I Leave You.”

Enduring and surviving all of those complex layers of time, memory, love, loss equates to another demanding and ultimately rewarding Sondheim experience. You never come out of the theatre whistling those catchy tunes. With their shifts of phrase and meaning they must be tough to perform. And no less a piece of cake for the audience.

It’s work to survive Sondheim. Follies hardly ends on an easy note of they live happily ever after. But it leaves you so much to reflect on and learn from. Particularly as a senior he just never lets us off the hook.

With hindsight Follies endures as an American masterpiece of musical theatre.