We, the Innumerable at National Sawdust 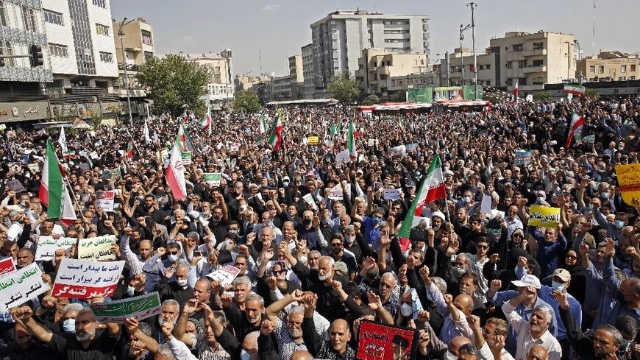 We, the Innumerable Opera at National Sawdust Protest the Theme

We The Innumerable is an opera created by the Iranian/American composer Niloufar Nourbakash with libretto by Australian aborigine Lisa Flanigan. Sara Jobin, who is committed to works which bring about peace and globa understanding, conducted. National Sawdust staged. The opera tells the story of a woman who protects the truth at all costs  It is set during protests in Iran after a contested election in 2009. It echoes in today’s protests.

Perhaps because traditional Iranian women are not allowed to sing solo, the central role of an Iranian woman who does just that is striking.  Soprano Cristina Bakhoum Sanchez in the role of Roya is rich-voiced, dramatic and moving. She is a graduate of the New England Conservatory.

Lyric soprano Mary-Hollis Hundley is touching as Maryam; and bass Joseph Trumbo sings the role of the Chief Interrogator as Dracula incarnate.

Flanigan tells the story with clarity, never shying away from the complex choices, matters of life and death, faced by Roya. Jobin conducts as though our lives depended on understanding.

Intervals smaller than a half step can be heard and transport us to the Middle East. A multiplicity of rhythmic forms follow the sounds and pulse of the words. The Ashura, a call to prayer, is made familiar. Mixed with statements “We are the people”,  with whirly tubes thrust through the air. In an age when we are compelled to express the voices of diverse cultures, it is interesting to hear Western based musical forms infused with Persian tones performed  on Persian instruments.

The Kamancheh, a bowed violin-type Persian instrument, has a round sound box. It is usually made of steam-bent strips of wood or is hollowed from one piece. The santour is a member of the struck zither family and hammered.

The work is sung in English with English subtitles. Roya and her husband Siavash have protested against the 2009 election results. Siavash is murdered. The question becomes: will Roya take the State off the hook and lie or be true to her now dead husband and tell the truth? Anyone who has taken a deep dive into the Second World War's moral issues will be conflicted about the answer to this question.

The music is captivating. Melody has always been honored in Persian music and certainly has a place in the ear of the listener. As we are stretched to make moral decisions, so too is our listening ear stretched by more unusual sounds,  even the cacophony of horror and betrayal. The drama has a perfect arc.

We, the Innumerable is a disturbing yet satisfying opera.